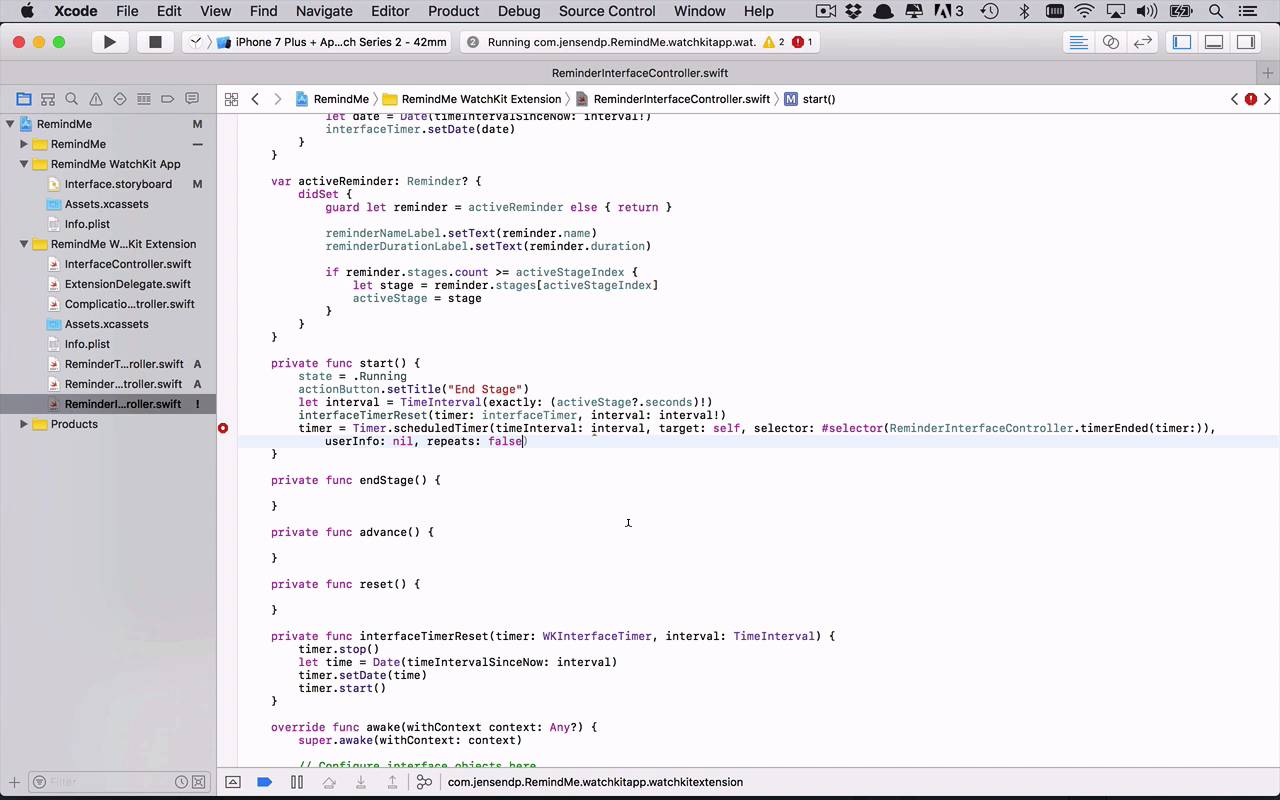 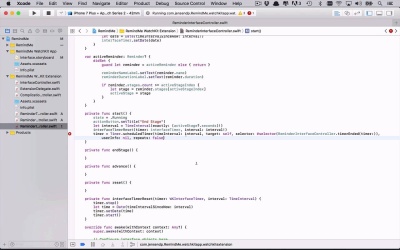 4.3 Getting Events From a Backing Timer

While WKInterfaceTimer is very useful for displaying a functional timer to the end user, it is a little limited from a technical perspective. An important feature that is missing is the ability to trigger an event when the timer runs out. A common approach to get around this is to use a backing timer to actually fire the events.

4.3 Getting Events From a Backing Timer