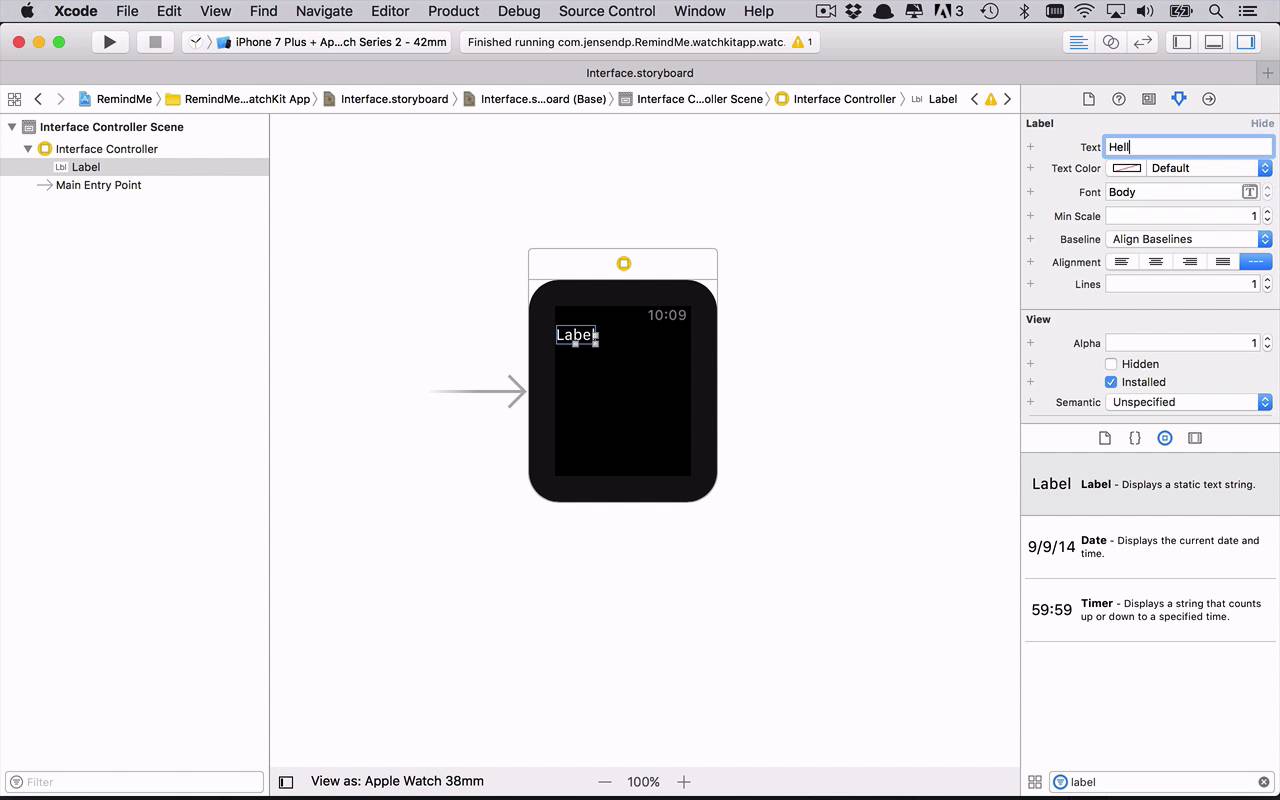 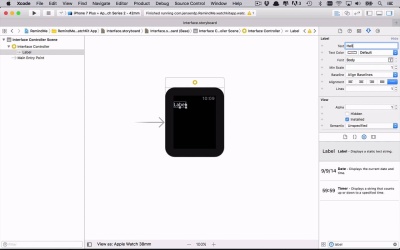 3.1 Get Started With Watch Scenes

Now that we have our models, it's time to start creating a way for the user to be able to see them on the watch. This is where the V (view) of MVC comes into play. Let's begin with the fundamentals of creating a scene and showing data to the end user.

3.1 Get Started With Watch Scenes