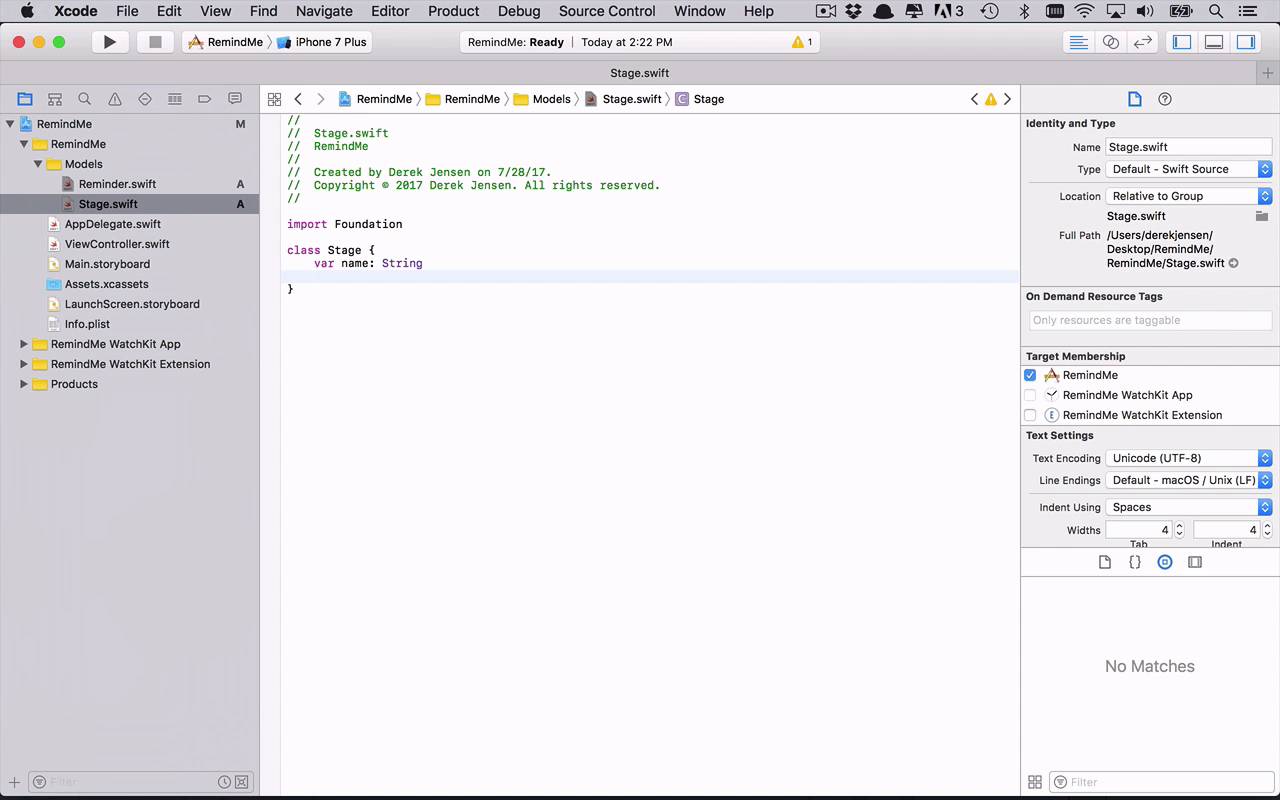 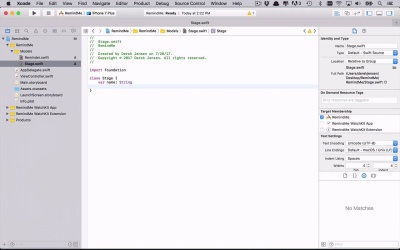 Just like any other iOS application, WatchKit apps follow the Model-View-Controller (MVC) pattern. In this lesson we will focus on the M and create the foundational models that our entire application is going to revolve around: Reminder and Stage.