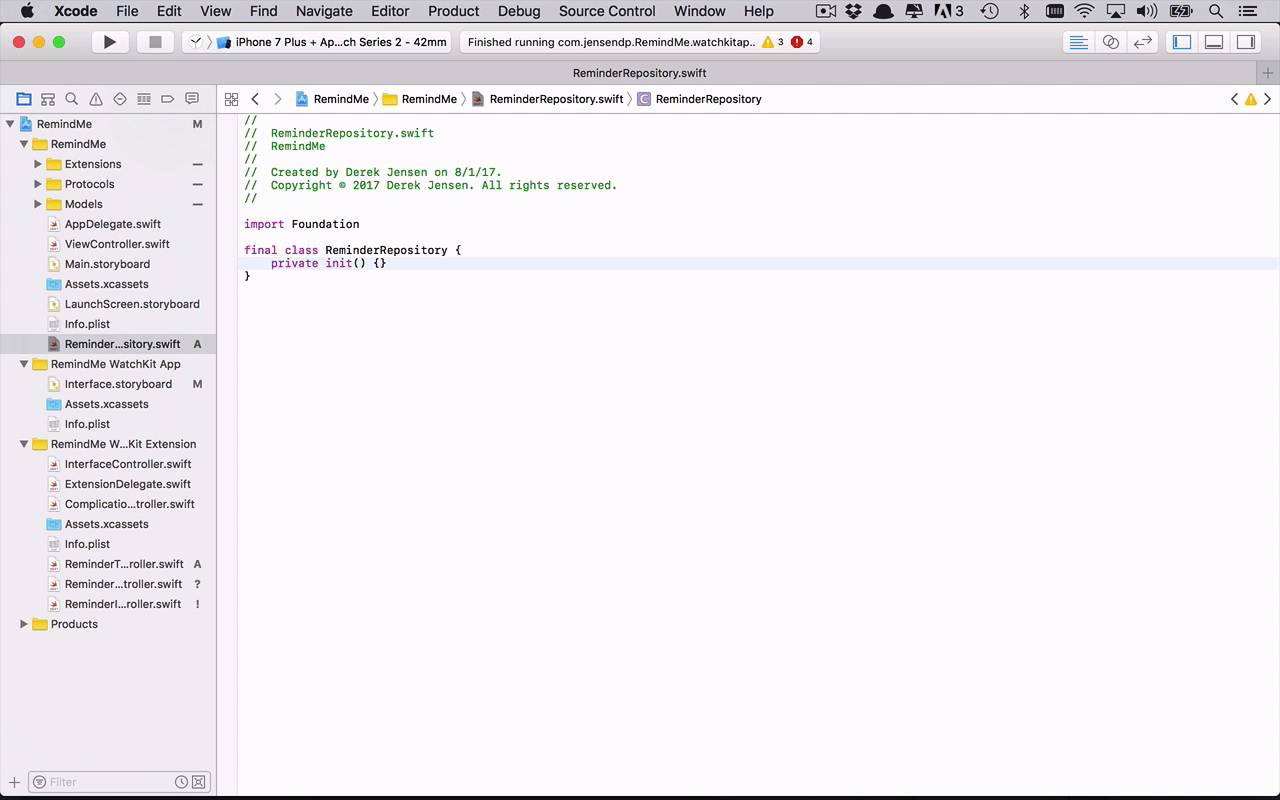 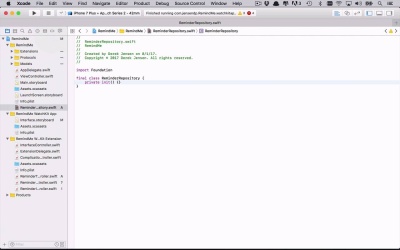 4.6 Abstract the Storage Location of the Reminders

In order to provide sample data for our application, we simply have a function load some sample reminders and stages. While this is fine for testing, it isn't realistic when creating an actual application. In this lesson, we will refactor that sample code into a repository singleton that will allow our WatchKit Extension to not know, or even care, how and where the data is coming from.

4.6 Abstract the Storage Location of the Reminders