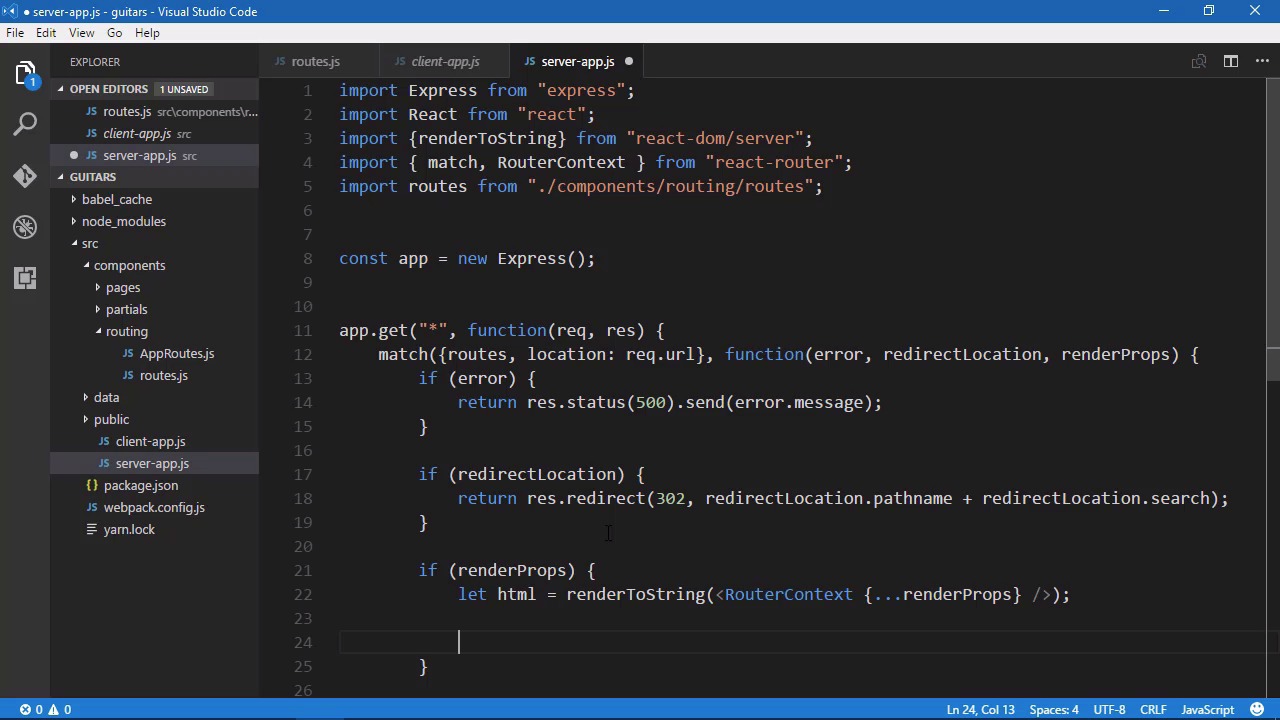 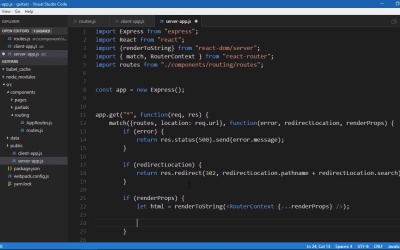 We're finally at the point where we can render our components on the server. The bulk of our code is already written, so we just need to write a few lines to make the magic happen!