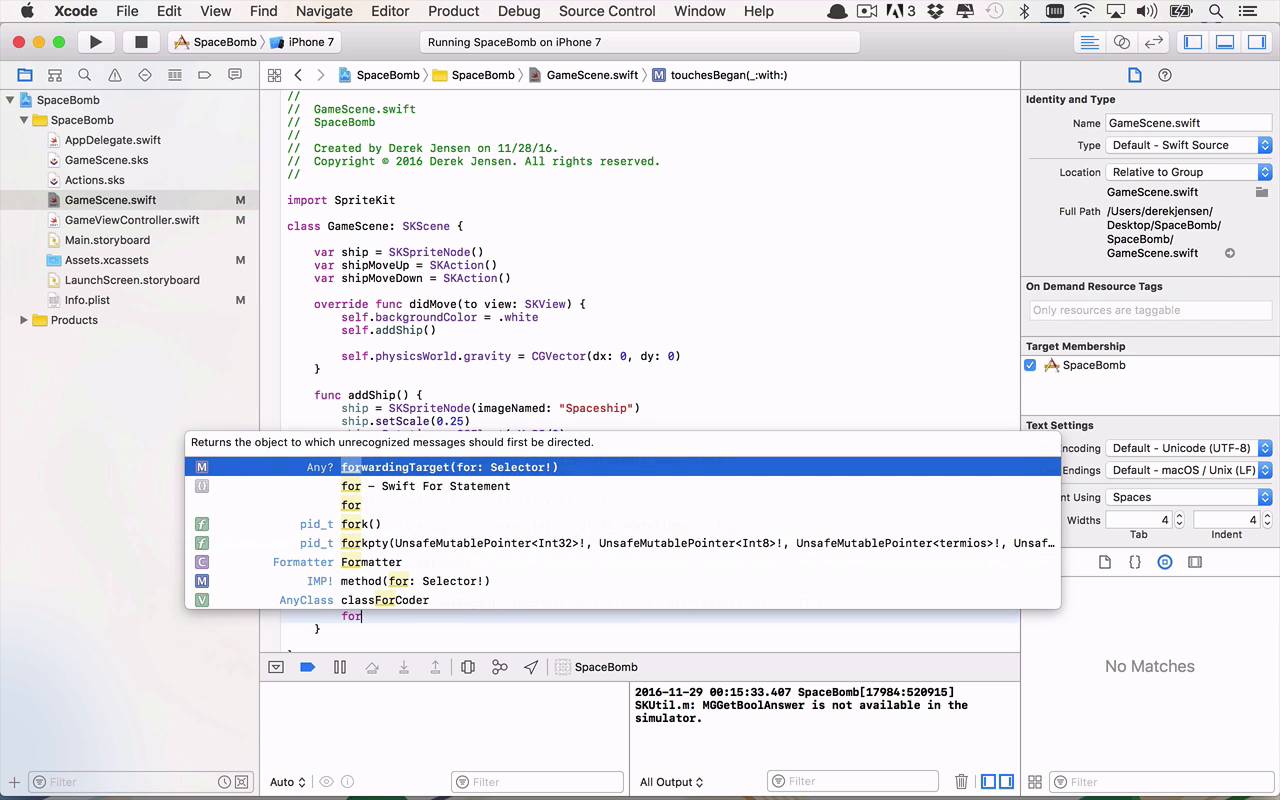 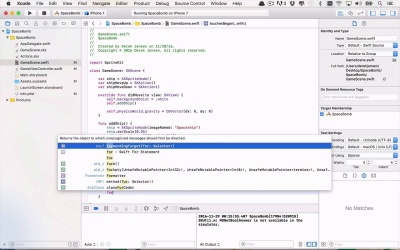 While it's nice to have our spaceship on the screen, it's rather boring at the moment. Let's spice things up a bit by having the spaceship move up and down on the screen when the user taps. This is where we'll start to introduce some of the basic math that will become important in upcoming lessons.