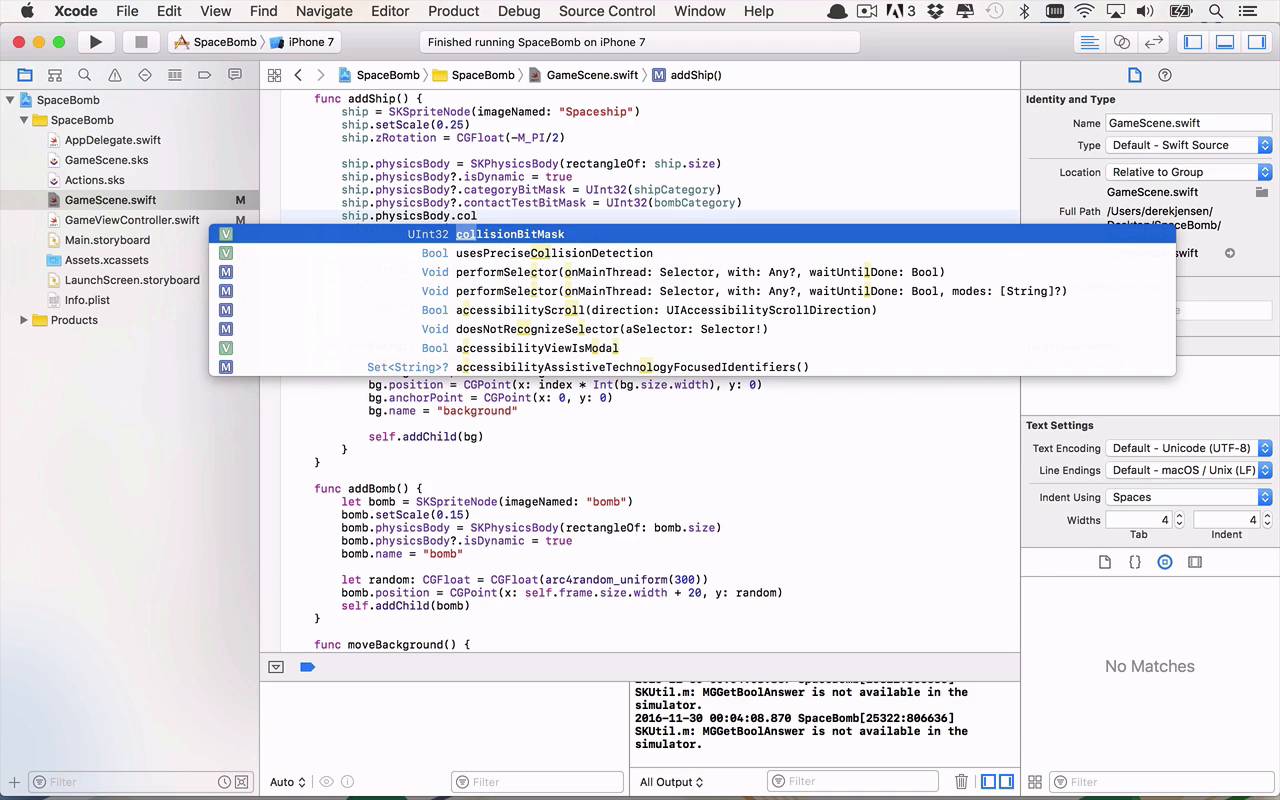 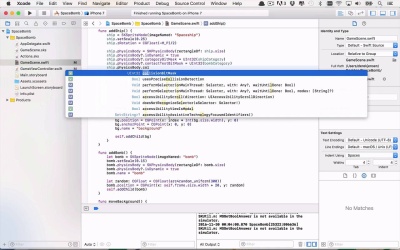 In the previous lesson, we noticed that it is possible for the bombs to come into contact with our spaceship. But so far, nothing really happens. In this lesson, we're going to add some logic to detect collisions between the spaceship and bombs and then make the spaceship disappear.