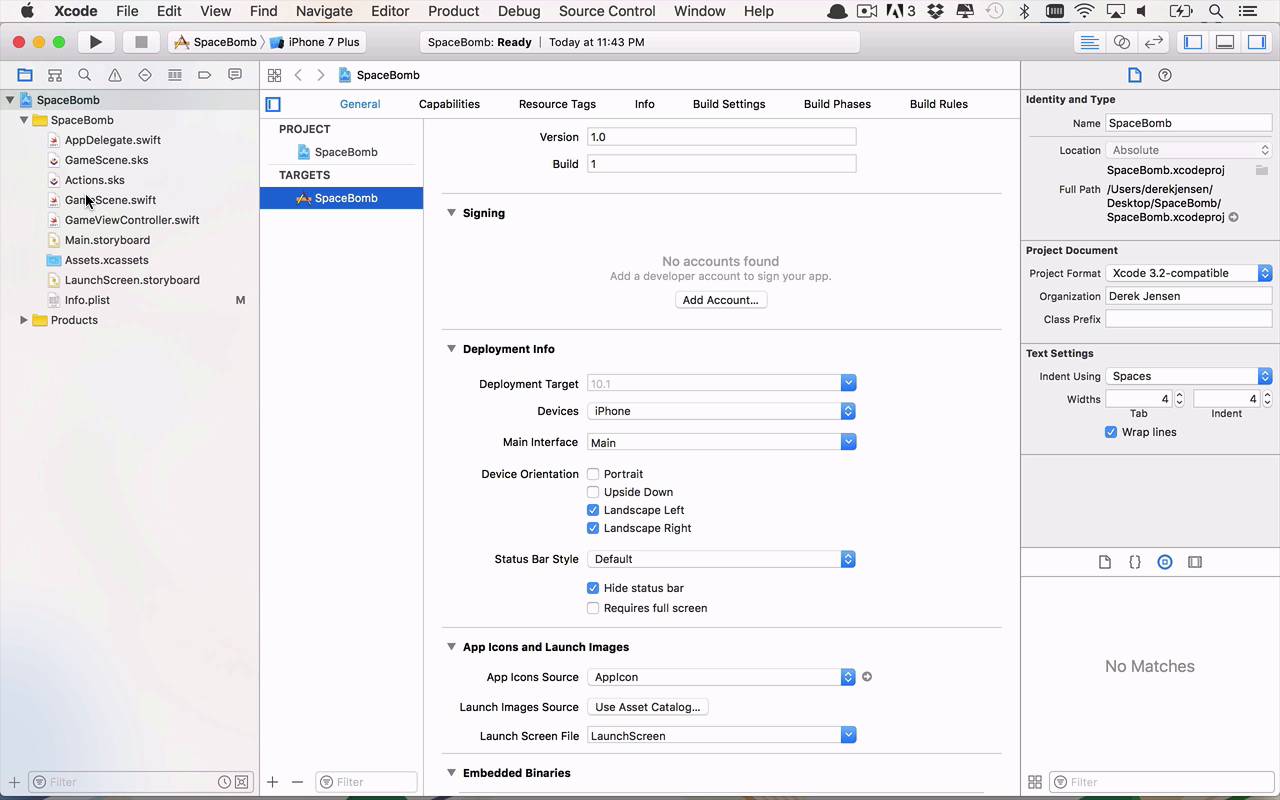 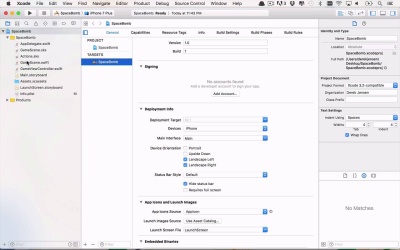 Let's start by creating a brand new project. We'll use the iOS Game template and make sure that we select Swift for the programming language and the SpriteKit framework. We'll also add background and bomb assets to the project in this lesson.