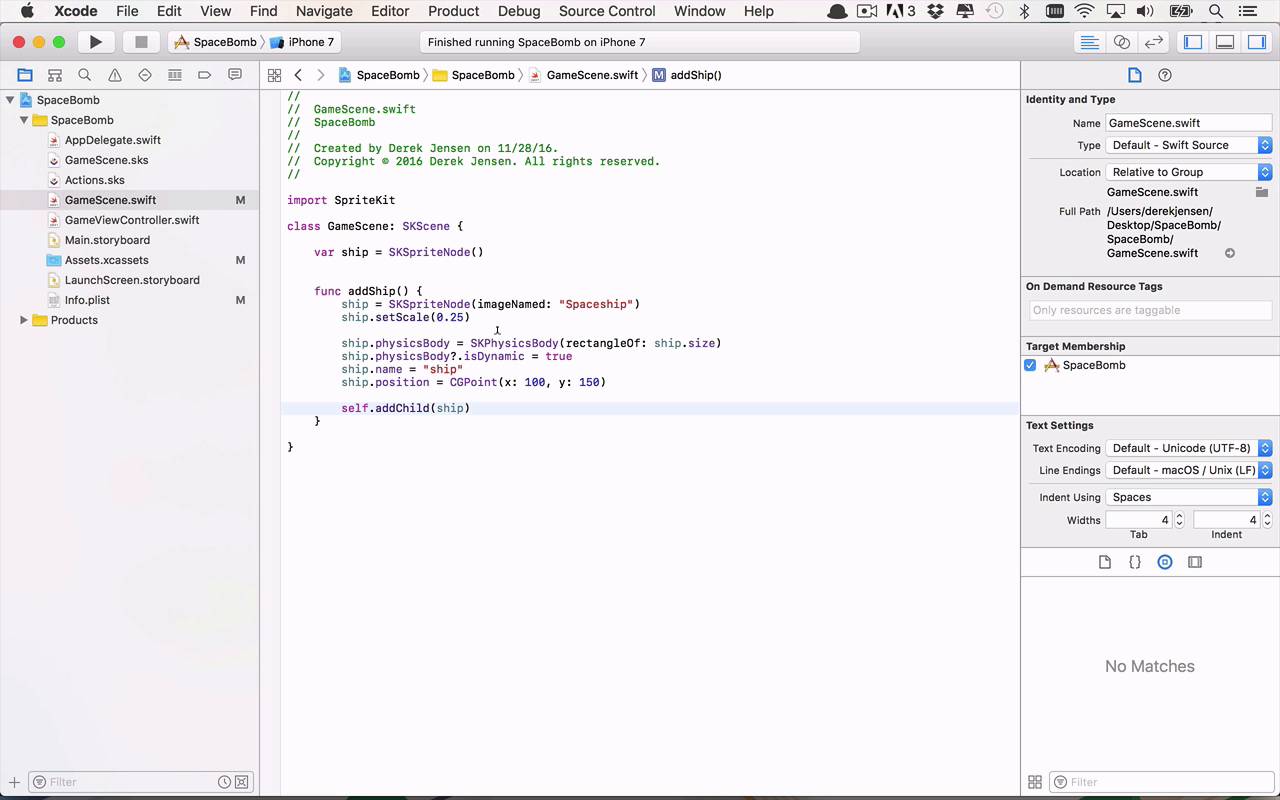 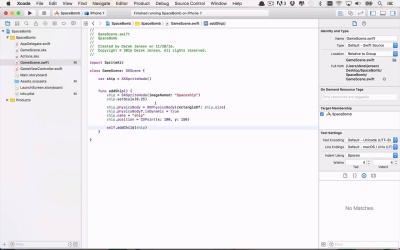 2.2 Add the Spaceship to the Scene

The best thing we can do at this point is to put something on the screen. We'll start with the spaceship, as that will be the main focus of our development.

2.2 Add the Spaceship to the Scene