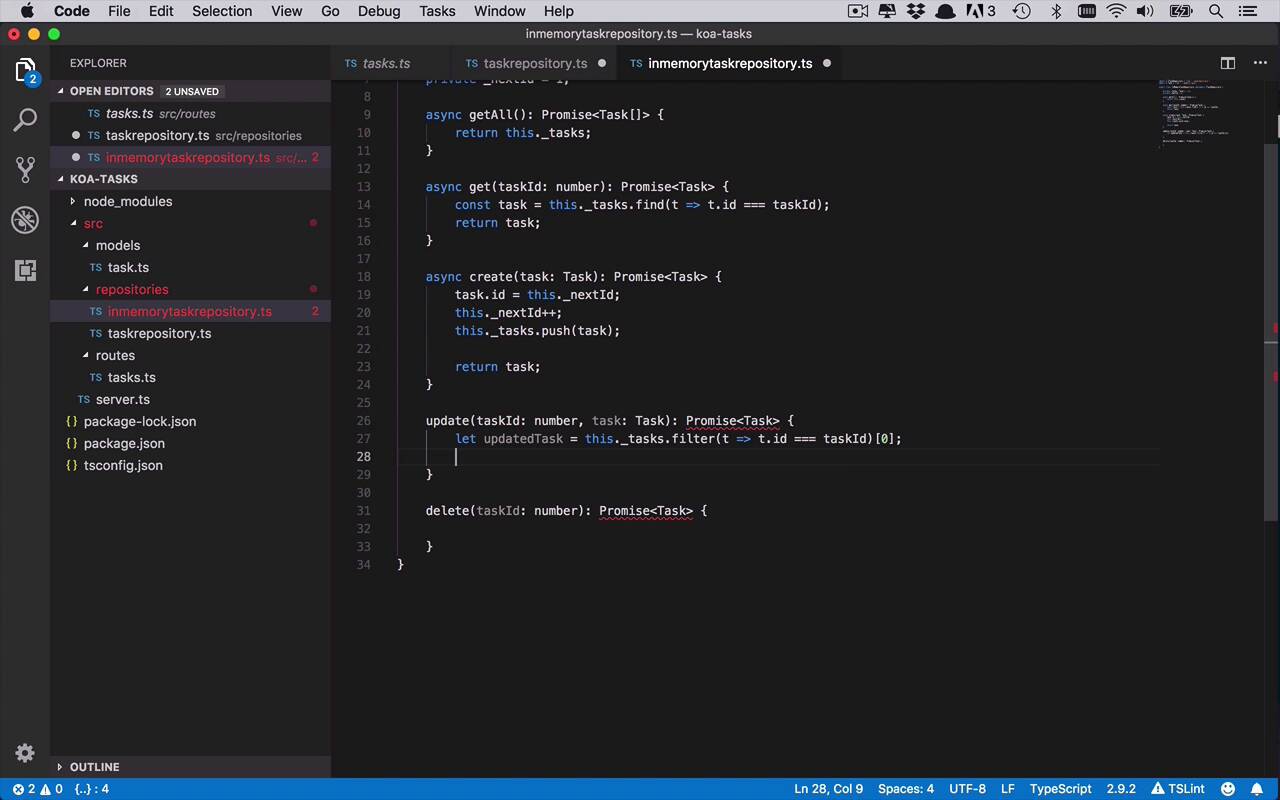 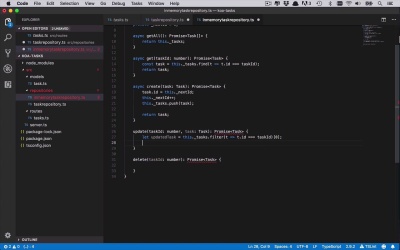 In the previous lesson, you started your implementation of the in-memory task repository. Now it's time to finish up. Let's quickly go through the final three necessary CRUD operations: create, update, and delete.