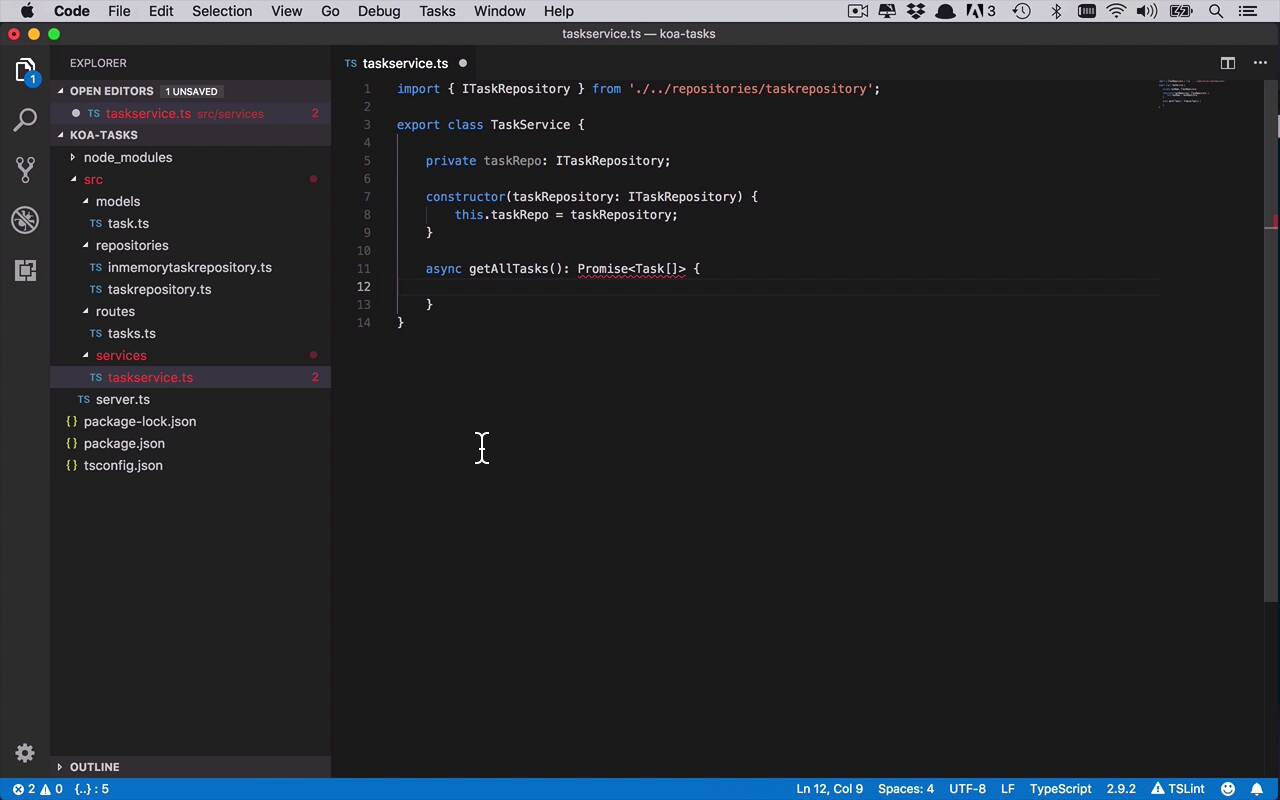 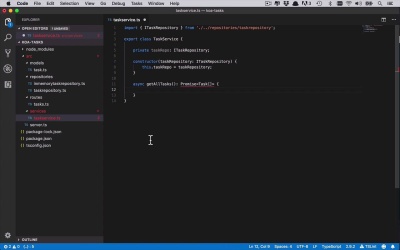 Now that you have your task repository implementation ready to go, you need something to call it. You could simply wire it up in the routes you already created, but what if you wanted to add additional logic for logging, validation, or any other business logic? We don't want all of that to clutter up our routes, so the best place to put it is in a service layer. Let's create that now.