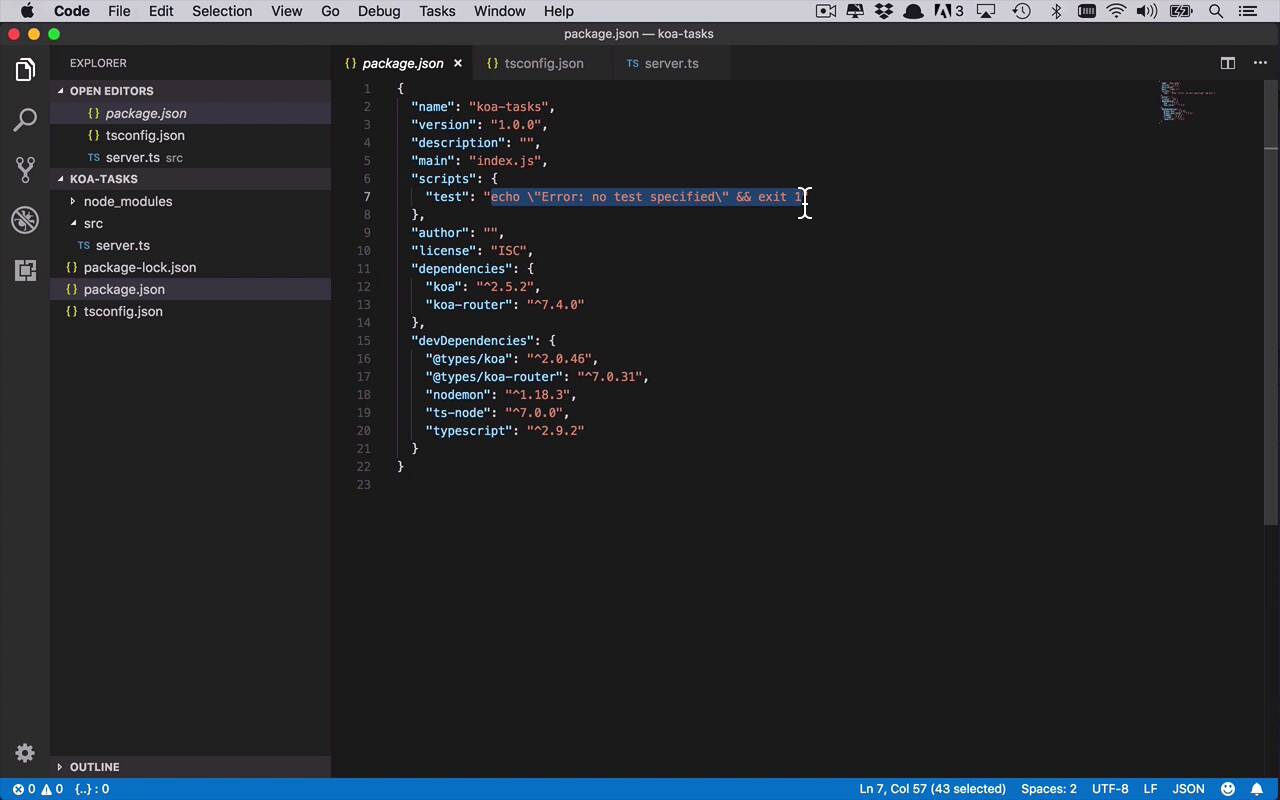 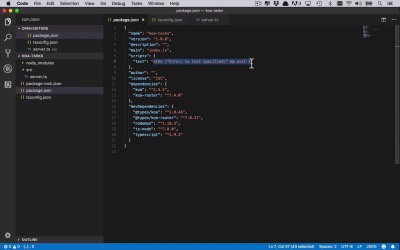 With the project set up, you are now ready to begin creating your Koa app. In this lesson, you'll create a new instance of Koa, get your server app up and running, and be introduced to a nifty tool that will make it very simple to restart your app when code changes.