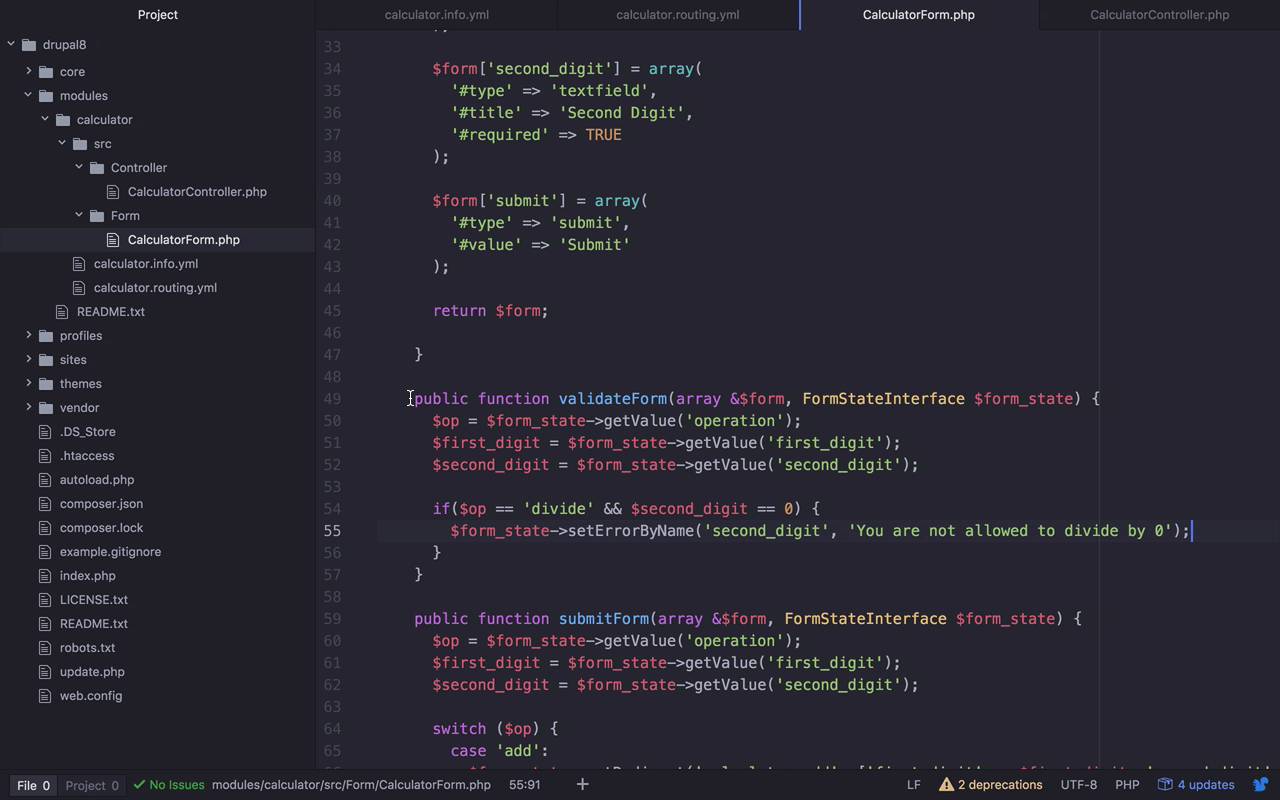 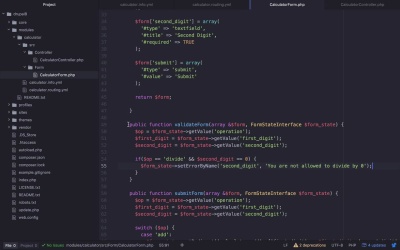 You might also begin to see some holes in our calculator logic that will need to be addressed. In this lesson, we'll handle issues such as dividing by 0 and making sure that the user always enters a numeric digit in the input boxes.

Any time you start to take input from the end user, you always need to be careful to make sure that the application is handling not only the happy scenarios, but also the bad ones. So, in this lesson, I'll show you how to handle custom validation on your form submissions.