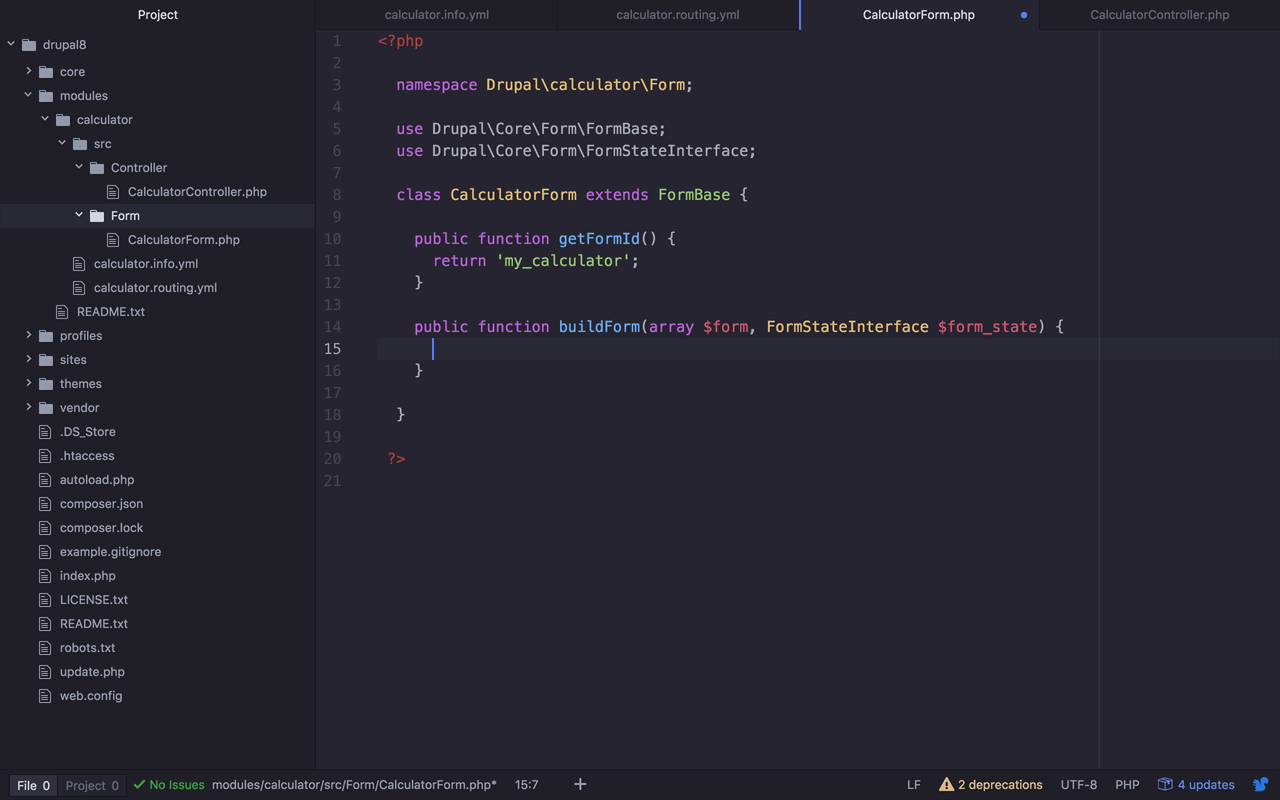 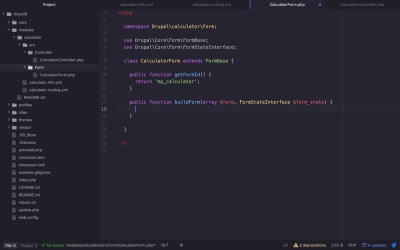 Creating custom routes in your application is fun and useful, but how often would you just want to give your customer a URL scheme and have them manually input data into it? The answer is never. A more common scenario is to create a form that will send data to the server and allow you to redirect the browser to your route. In this lesson, you will learn the basics of building a custom form using the Drupal 8 Form API.