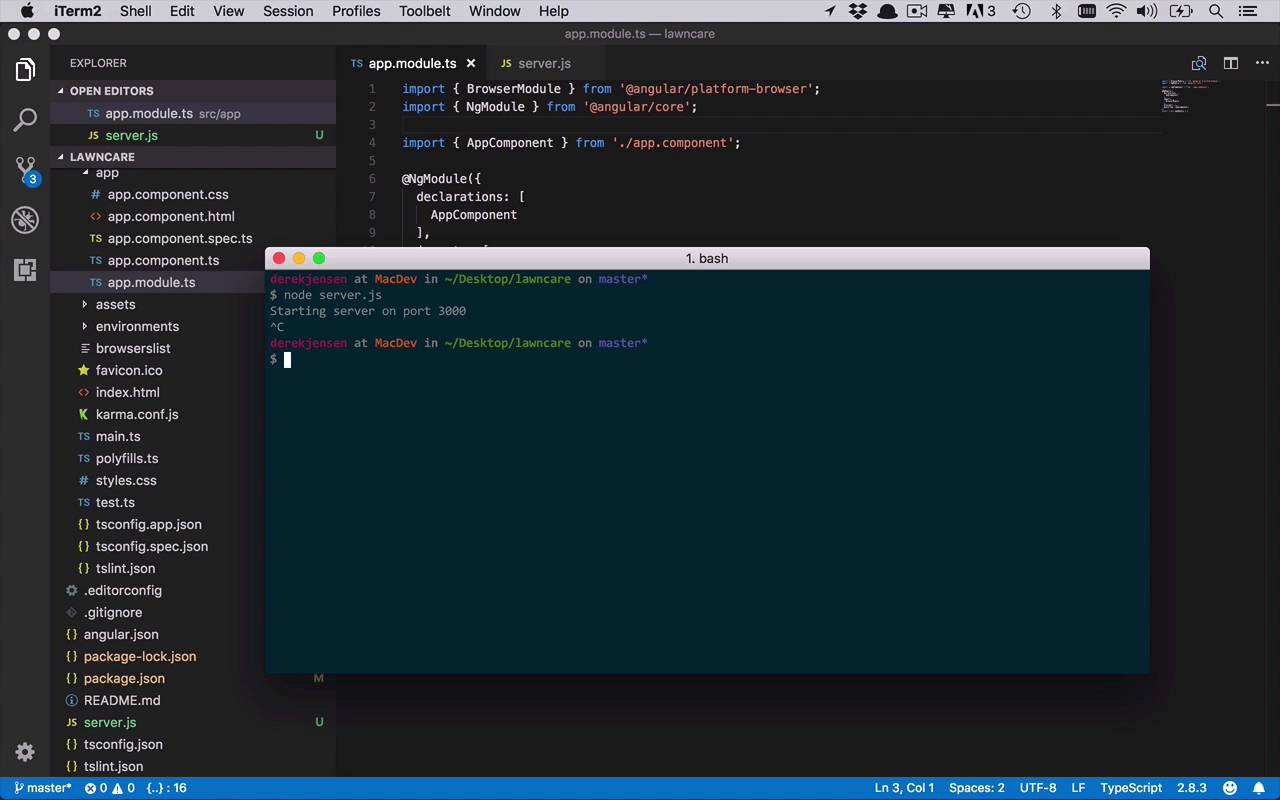 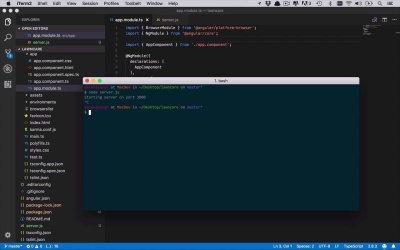 2.3 Starting the Angular and Express Apps

With both the front- and back-end apps started, you are going to need an easy way to launch them with automatic change detection and re-compilation. Luckily for us, we can take advantage of a built-in tool for Angular to do this. We'll also install one to do the same for the Express back-end.

2.3 Starting the Angular and Express Apps