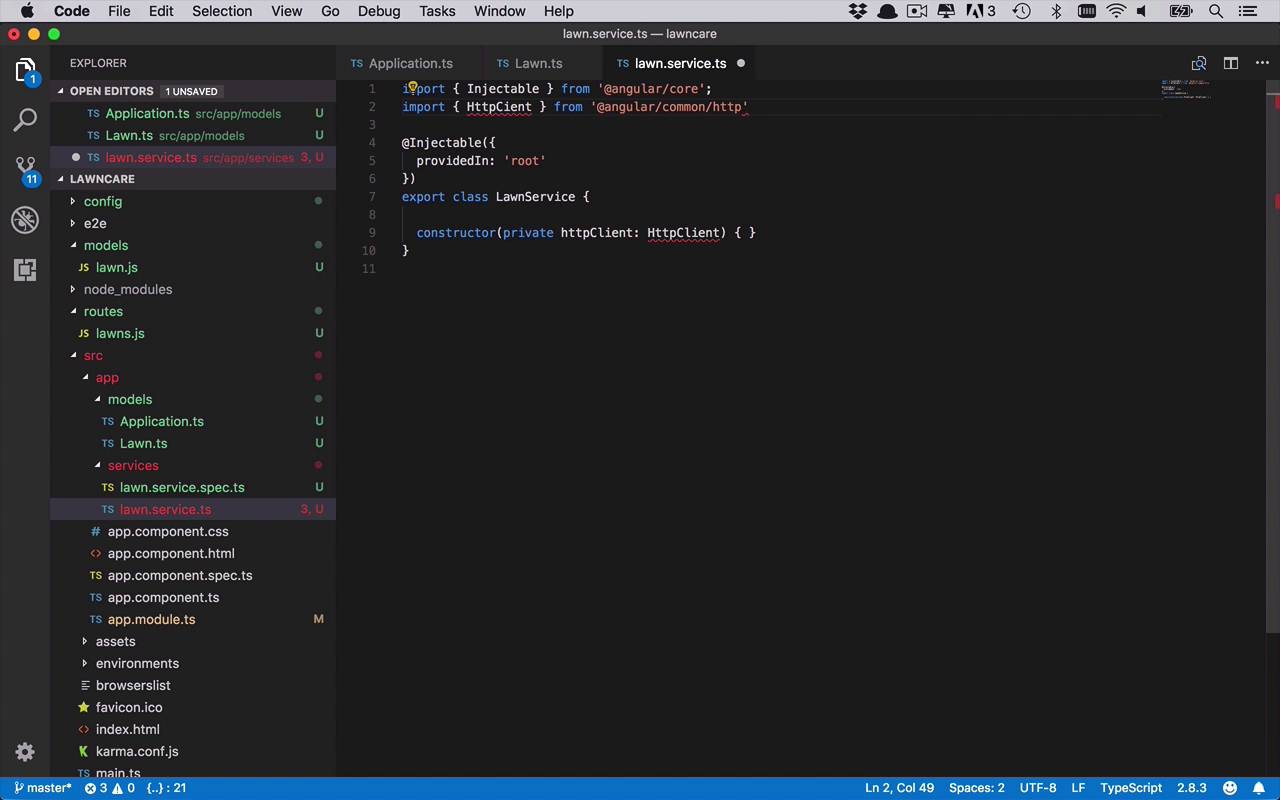 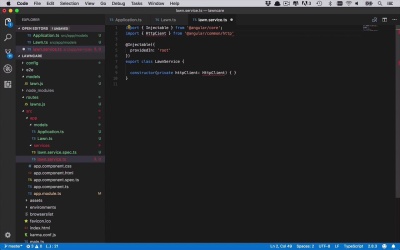 Similar to how we created a simple data access layer to keep all the database functionality in one place, we're going to create an Angular service to make connecting to the Express API easy. We'll use this service any time we need to talk from the front-end app to the back-end.