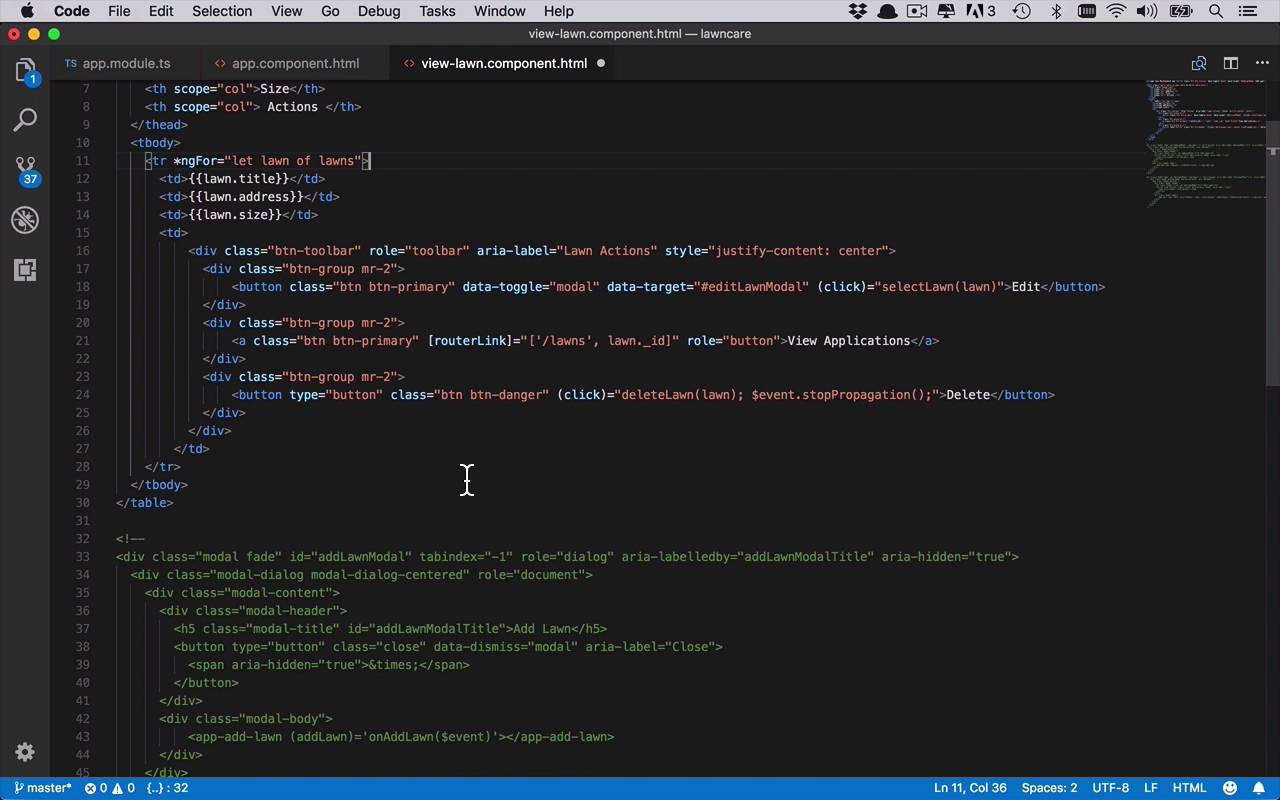 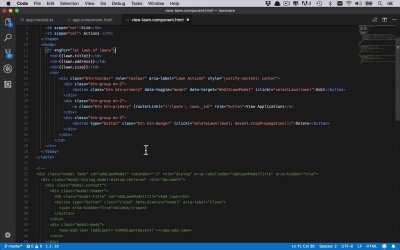 This UI component will be the first that the user will see and will provide a list of all the lawns that they are managing. It will also provide the opportunity for users to create, update, or delete lawns.