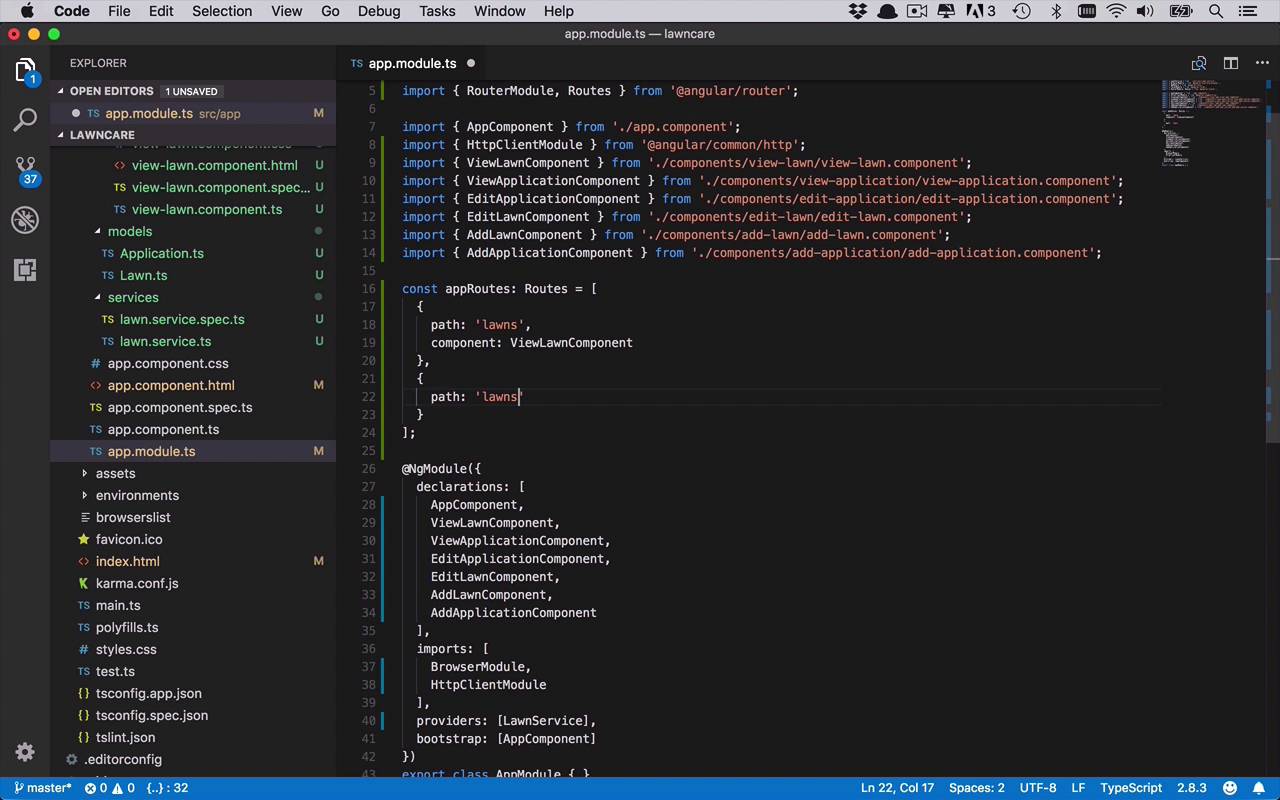 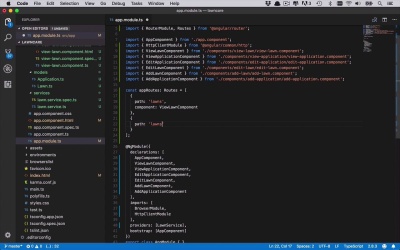 5.6 Adding Routing to the App

Another important aspect of Angular apps is routing. We want all of the locations within our app to have a specific URL so that we can give our users the ability to deep-link into the app to go straight to the content they want. Let's add routing to our app now.

5.6 Adding Routing to the App