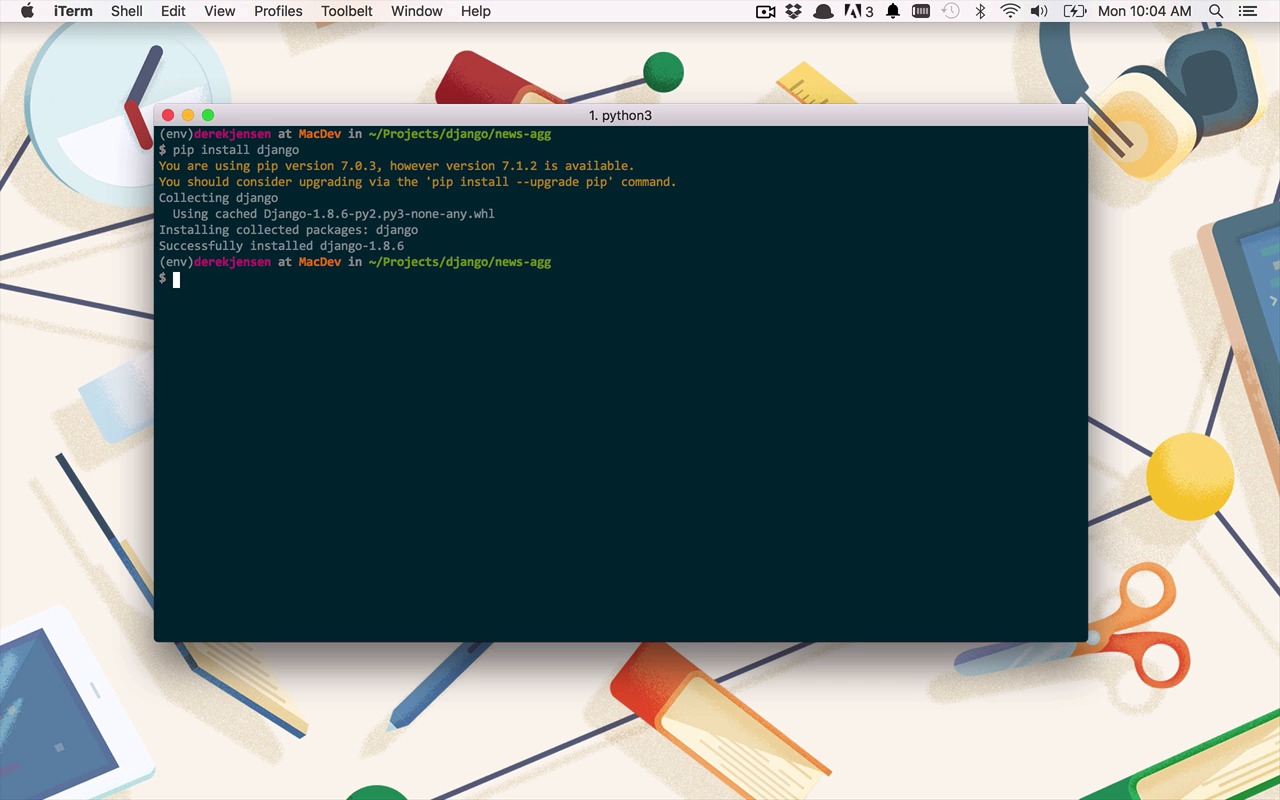 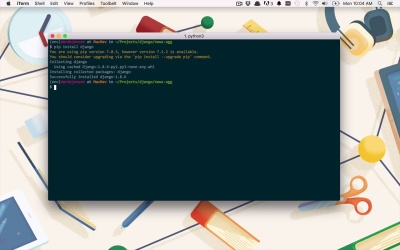 1.3 Set Up the Development Environment

Before we get started creating our application, we are going to set up a basic development environment. In this lesson you will learn how to set up a virtual environment in Python to sandbox your application and force the use of specific versions of software and frameworks. From there we’ll install Django and create the project we’ll be working on for the rest of the course.

It isn't mentioned in the video, but you will also need to install Virtualenv to follow the instructions in this lesson. You can install the virtualenv tool with this command:

1.3 Set Up the Development Environment