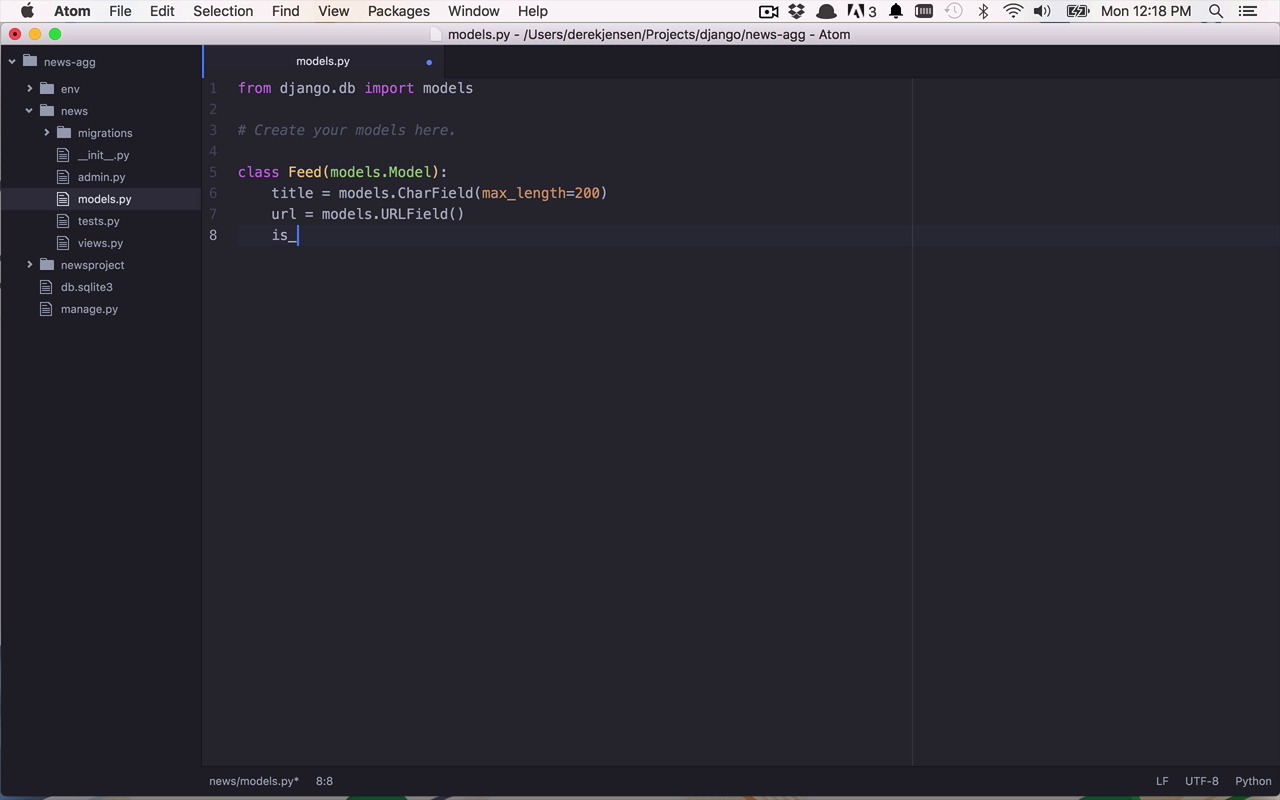 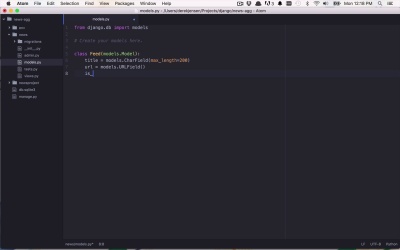 In this lesson we will focus on creating Feed and Article models to represent news feeds and news articles. Models in the world of Django are classes that describe objects in your application. They also provide the basic functionality for persisting this data within any sort of database that you choose to use in your application.