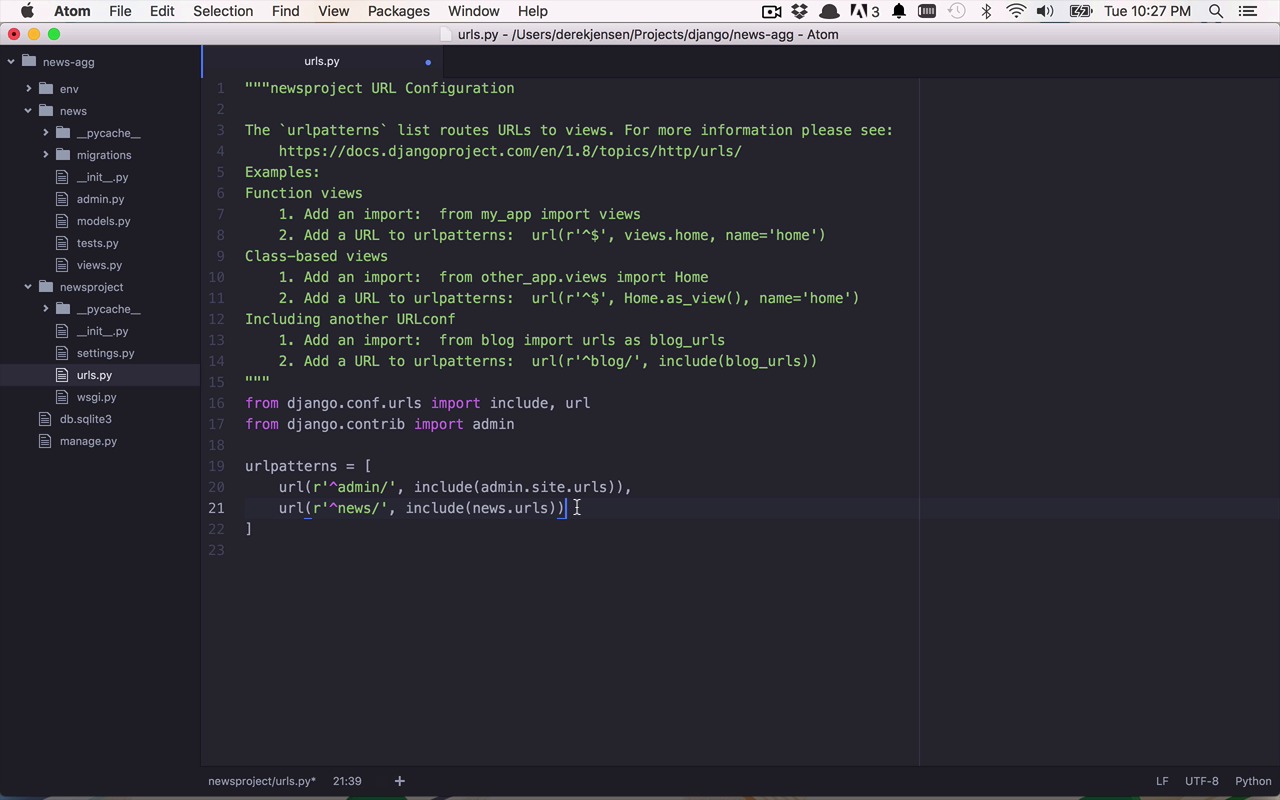 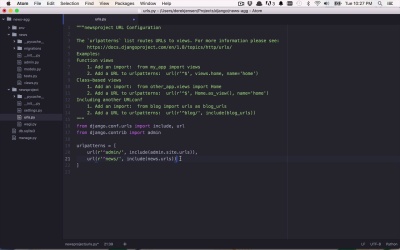 The main entry points into your Django application are described with URLs. These URLs take the form of regular expressions that describe the basic structure of HTTP requests and where those requests get serviced within your application. Trust me, it's actually much easier than it sounds! In this lesson, I'll show you how to create these URLs.