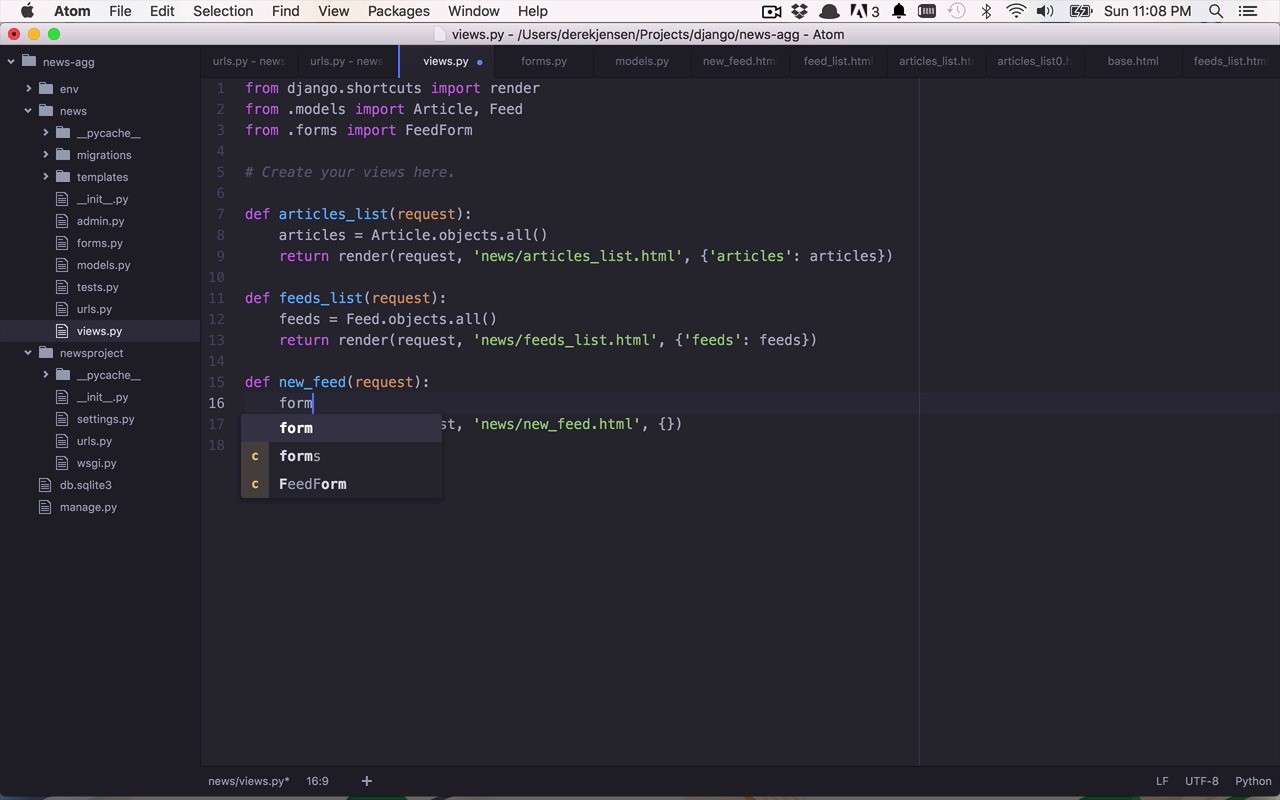 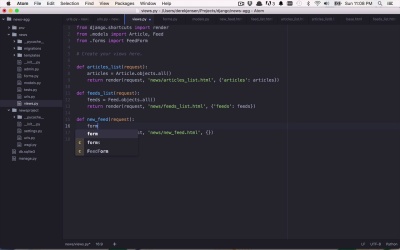 We can now list the loaded feeds in a formatted HTML template. But how do we add new feeds? With a form, that's how! In this lesson, I'll cover the process of creating form models, and I'll show you how to create a mechanism for users to add new feeds.