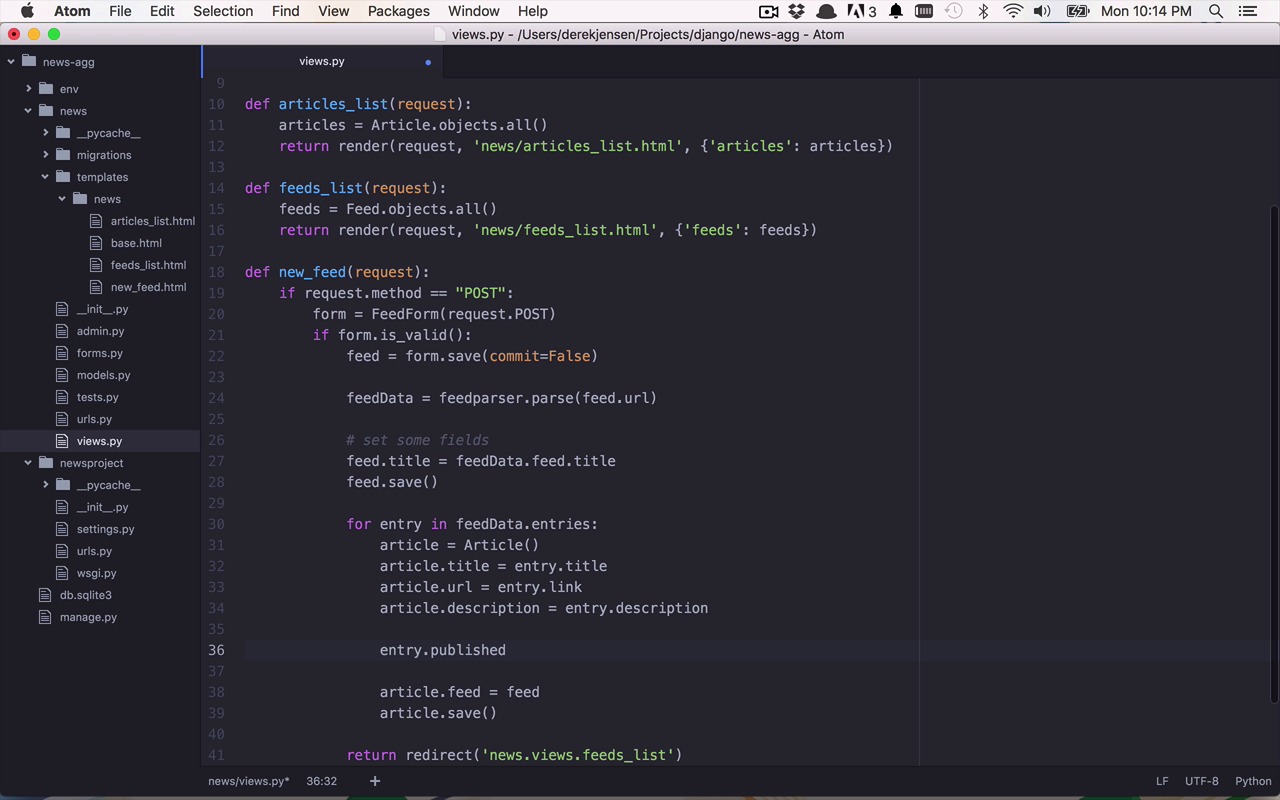 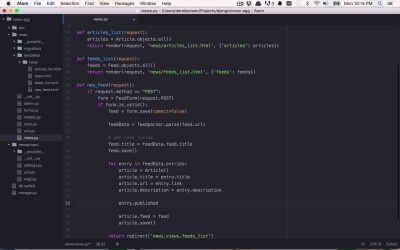 Let’s show off our new functionality by submitting a real news-feed URL, parsing the data, and giving the user a list of articles associated with that feed. This could be a lot of work if we started from scratch, but we are going to use a nice third-party library that will simplify the process quite a bit. Say “hello” to feedparser!