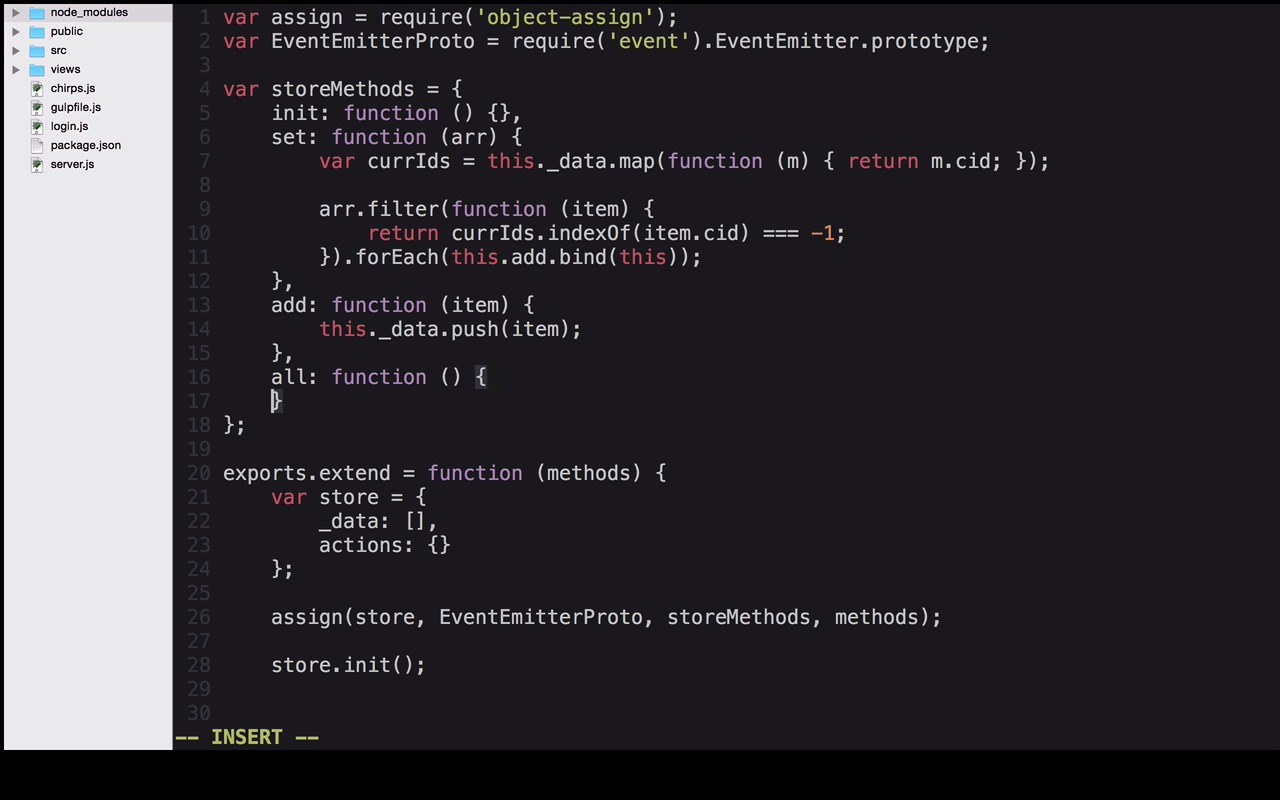 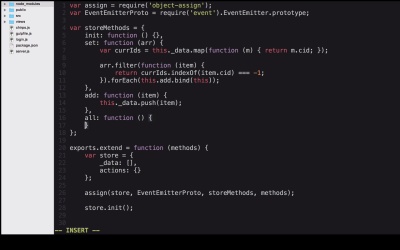 Our application is going to need a place to store state and model data, so let's begin by creating a store class. Stores have methods for getting and updating data, as well as for registering listeners for change notifications.