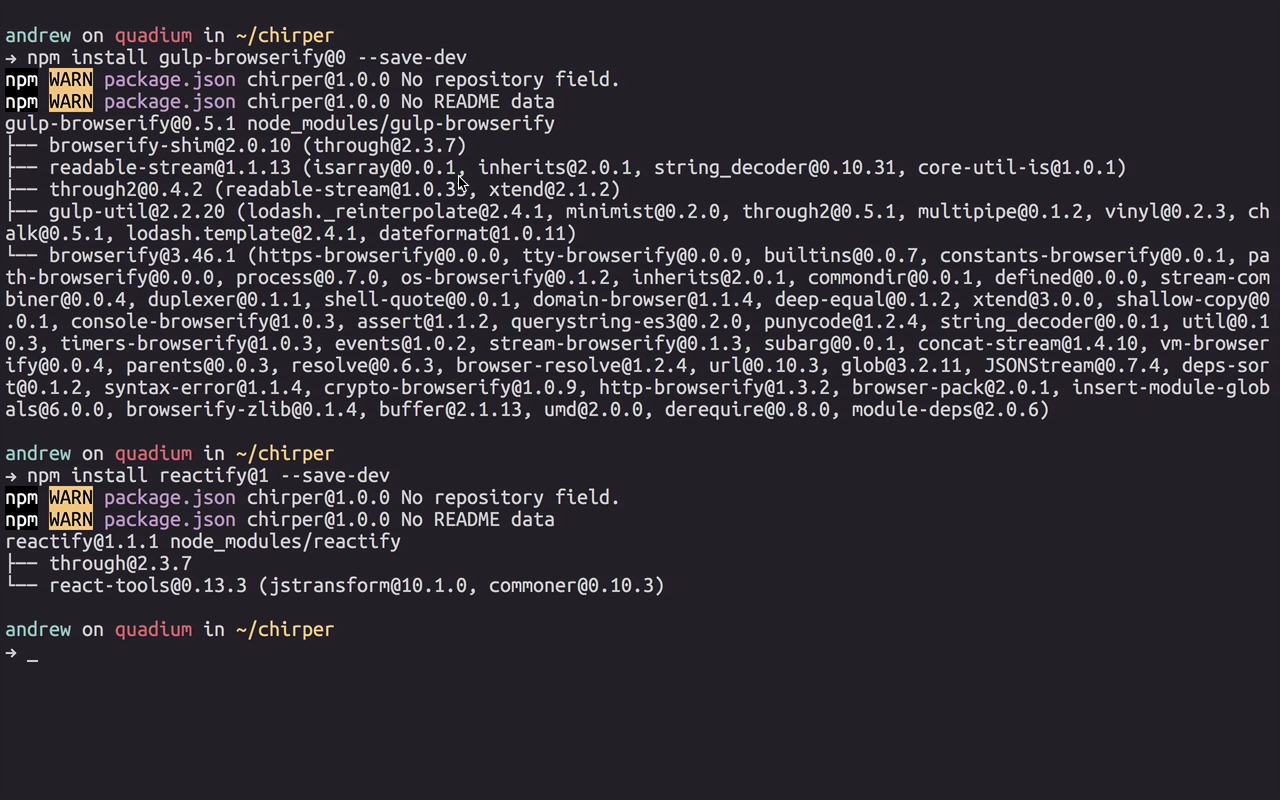 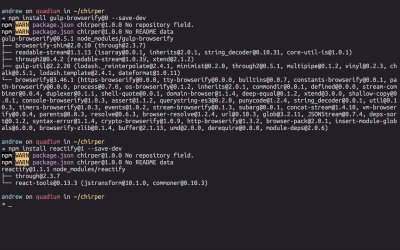 We’ll begin by setting up our project. We’ll initialize NPM and we’ll create a Gulpfile to do some transformations of our client-side source code.

The gulp-browserify package is no longer maintained. The project source code now reflects a more up-to-date way of making Browserify work within a Gulp task. See the gulpfile.js for more details.