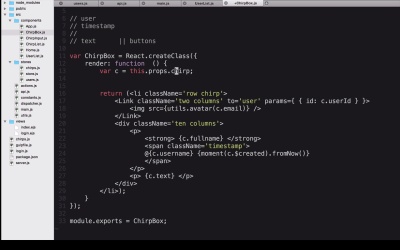 Now that we have a store of users, let's display them in a list.