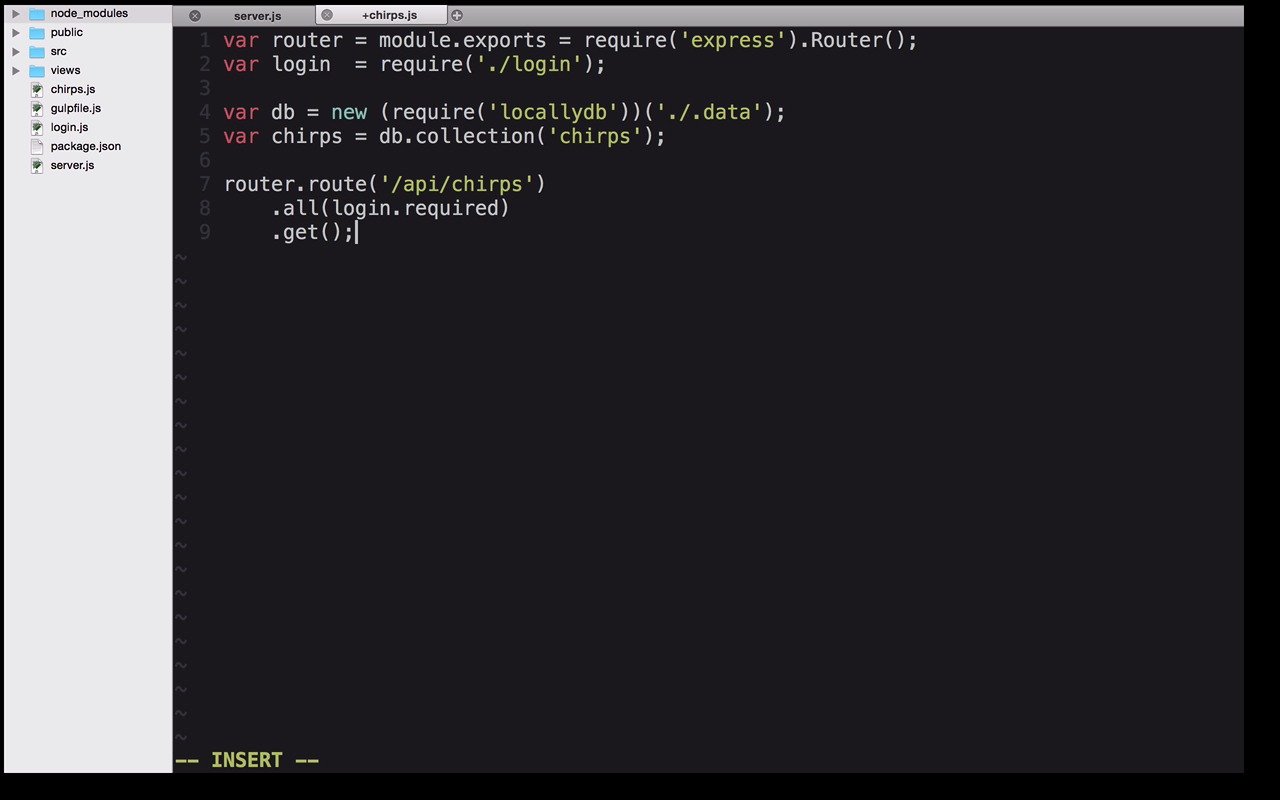 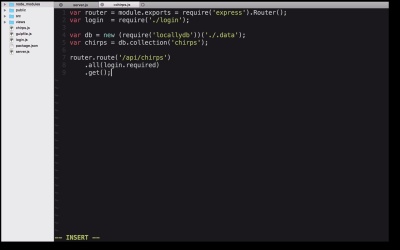 The final piece of the server-side puzzle is the chirps API. This simple RESTful API will allow us to read and write chirps from the browser.