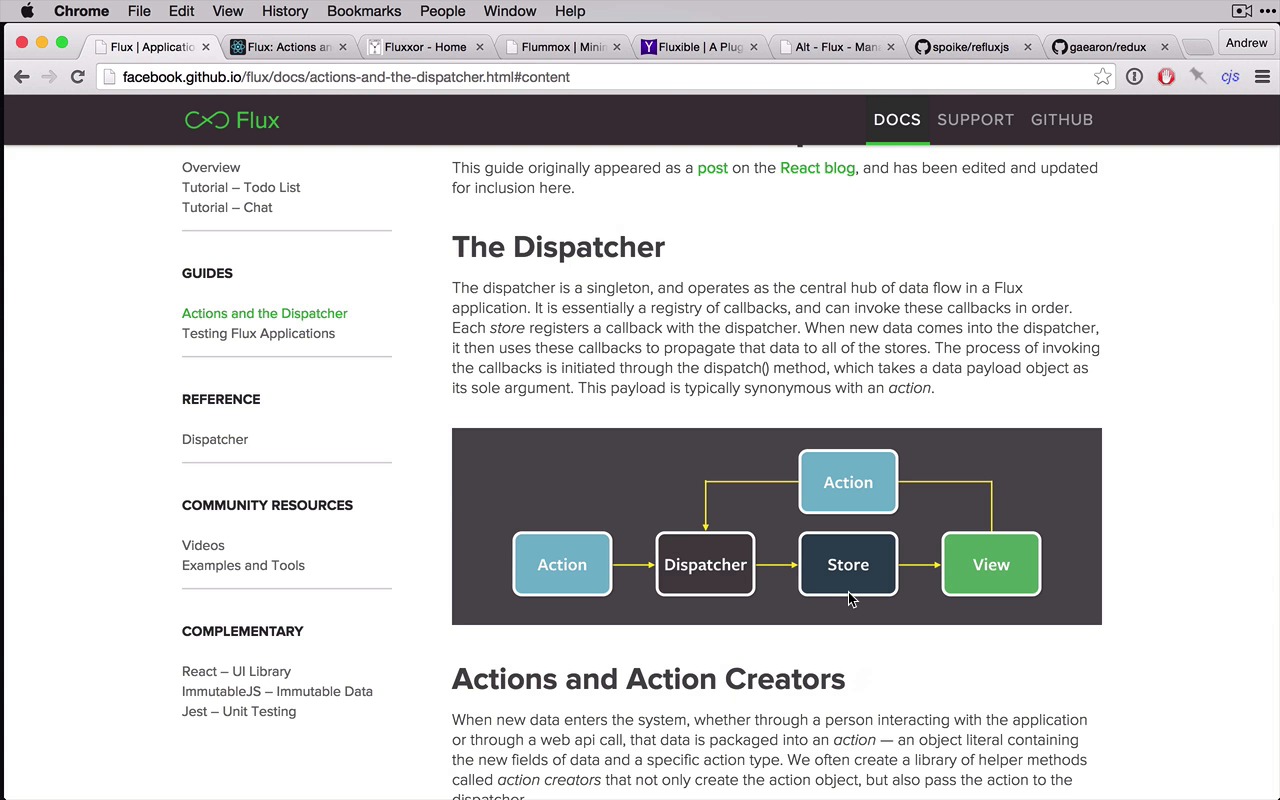 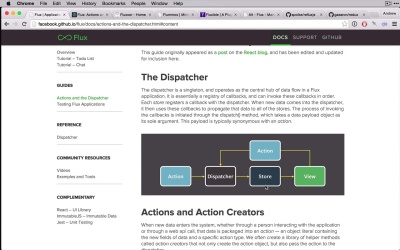 If you’re not really sure what Flux is, don’t worry: in this lesson we’ll take a look at the Flux architecture, and I’ll explain how it fits into a React application.