Build a CMS With Laravel 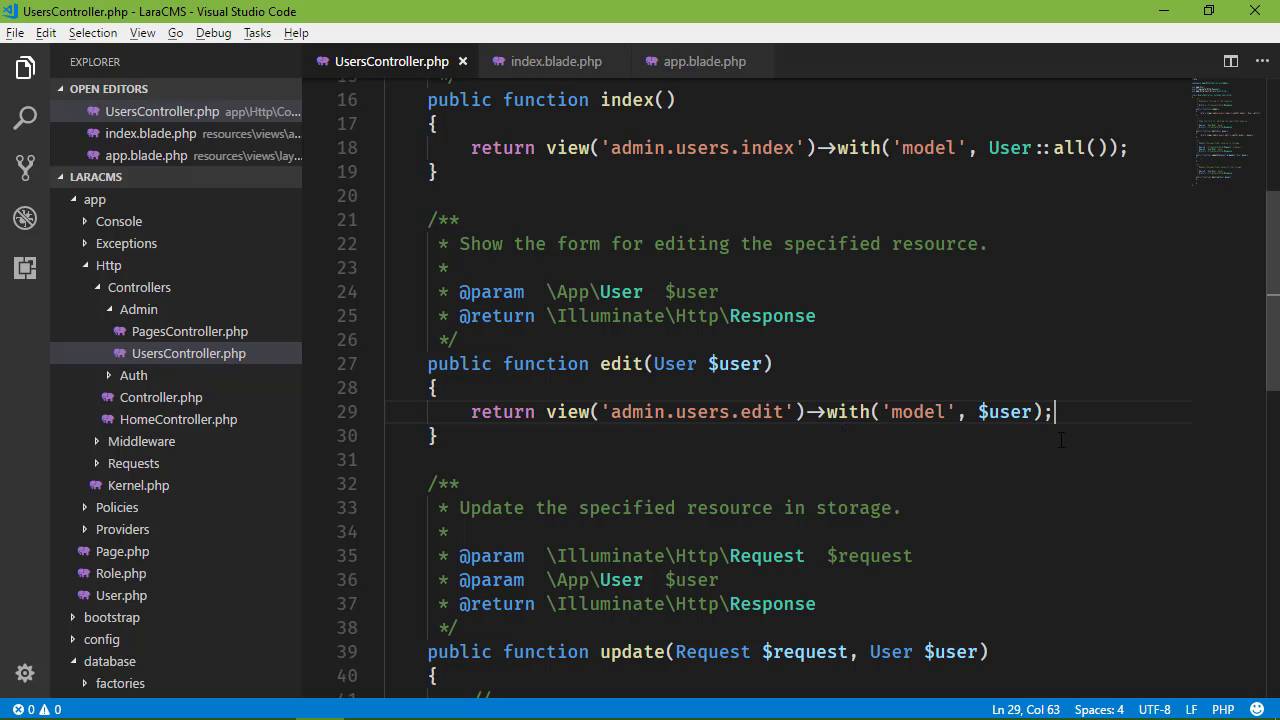 To create an interface for managing users, we'll rely upon the same CRUD-type operations we used when writing our page management system. Let's apply those same techniques to managing users' roles.