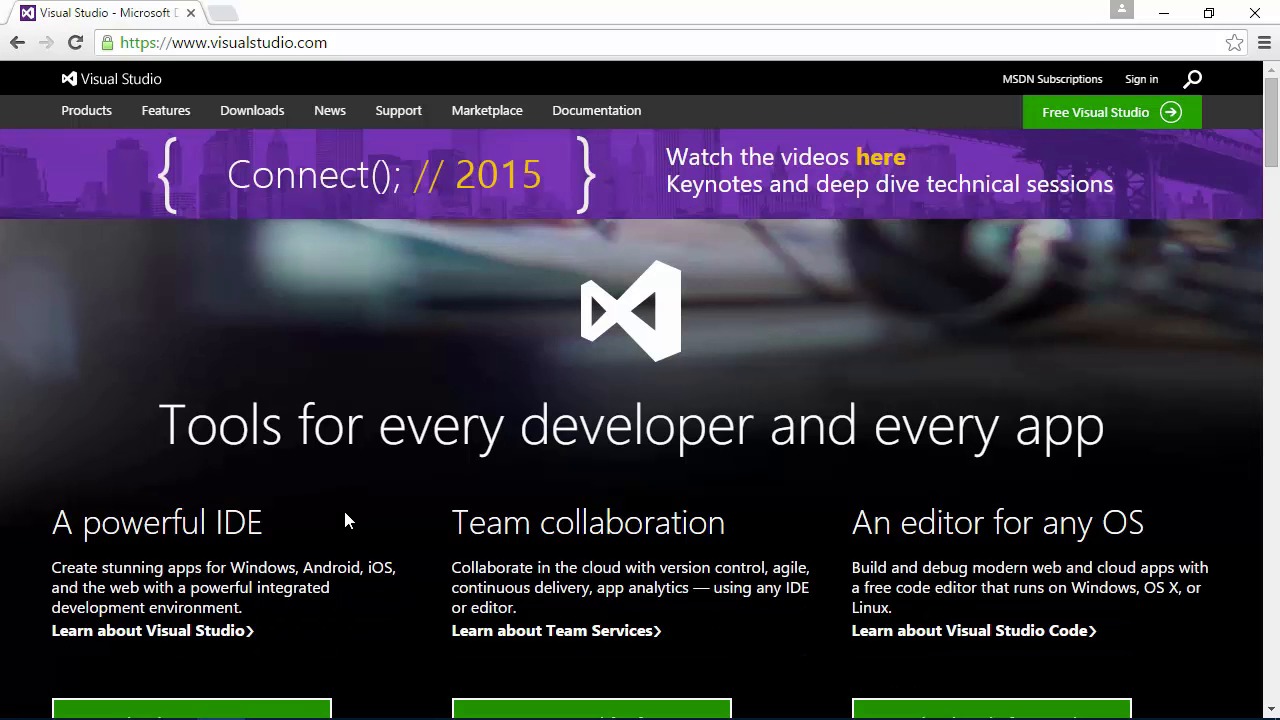 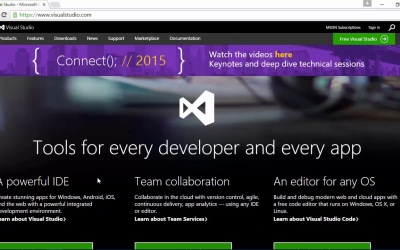 You’ll need to install some tools in order to follow along with this course. In this lesson I’ll show you how to get set up.

Before we start writing our application, we need to go over the things that you will need to follow along in this course. And we're going to start with probably the most important thing, and that is the language and the platform. Now, as I mentioned in the introduction, I am writing this in C Sharp, and I am targeting asp.net5. That's, before you turn me off, just hear me out here. First of all, asp.net5 is completely different from prior versions of ssp.net because first of all, it is open source. It is also cross platform, so you can build and run an ASP.NET 5 application in Windows, Linux, and Mac OS. And that is a huge improvement over prior versions. ASP.NET 5 is also a complete rewrite of the platform, so a lot of the old baggage that was there in prior versions like web forms and things like that, that's not there. Now Microsoft has said that it will be there but for right now it's not. It is a very lean and powerful and most importantly, fast environment, so there's that. There's also the fact that it doesn't matter what language or platform that you plan on using, the ideas the concepts that I present in this course are applicable to any language or platform. And for the most part, I'm going to stay away from ASP.net5 specific features. There's going to be one that I can think of off the top of my head that we will eventually use. But for the most part, everything is going to be translatable into other languages and platforms. So the first thing you need is a code editor. Now, technically, all you need is a text editor because you can manually compile and run the application. However, having a code editor that does that for you is really desirable. So first of all, we have what's called a Visual Studio code. And if you go to Visual Studio.com, you have a power IDE, team collaboration. And then over here on the right, you see an editor For any OS, and that is code. Now you can see that it is for Windows, but it's also for Mac OS and Linux and it is a very nice environment. Right now it is more specific for ASP done at 5 and at node JS applications, and if you are a node developer I highly recommend that you look at Code, because its JavaScript support is very, very, very good. So that's one option. Now if you are on Windows, you can use Code. but you can also use VisualStudio proper. Now there are different versions of VisualStudio. The free version's called community. And it is fully featured. This used to be the professional version, but now they've added a few features for the professional version. So that you can purchase Visual Studio and get a few extra features, but Community is going to work for most of your purposes. And through out this course that is what I'm going to use. I will use Visual Studio Community. So whenever you install your code editor the next thing you need Is asp.net 5. If you go to get.asp.net that will take you to the page for downloading asp.net. Now there are two versions here. There is asp.net 4.6 and then there's asp.net 5, and right now it is in release Candidate stage. This means that it is feature complete, and it's almost ready for the final release that will be coming here fairly soon. But if you're viewing this and it is still in release candidate, that's okay. Feel free to download and install it. So install that for whatever platform that you are using, and if you want to follow the install instructions then feel free to do so there. Now another thing that you will need is an HTTP debugger. Something that you can use to capture and send http requests. The one that I am going to use is called Fiddler this is the de facto standard for HTTP debugging. And it's been around for a very, very long time. It has been purchased by Telerik so it is currently free and I don't know how long that is going to be. But you can download Fiddler and install that. And I think there some other versions for other operating systems. Yes there is an Alpha Build. But you You do need Mono in that case. Now, you don't have to use Fiddler. If there is some other tool that you can use to capture and send HTTP requests, then feel free to use that. Fiddler is just what I have always used so that is what I'm going to use in this course. And then, finally, you need a GitHub account, because that is what we're going to be using in order to power our website. So if you don't have one, just go to GitHub.com. Go to the sign-up. Fill out the information and you'll be good to go. Now GitHub is free. However, if you want some private repositories then you have to pay them. But also keep in mind that there are other services like GitHub. Like Bit Bucket comes to mind, where you can have unlimited private repository's for free. And the same ideas and concepts that we are going to be using with GitHub, can be applied to those other services. So that's really all that you need to follow along in this course. In the next lesson we're going to start with the set up of our application. We're going to create a Git repository. And we will also talk about web hooks, because that is the key for tying our web site to our GitHub repository.