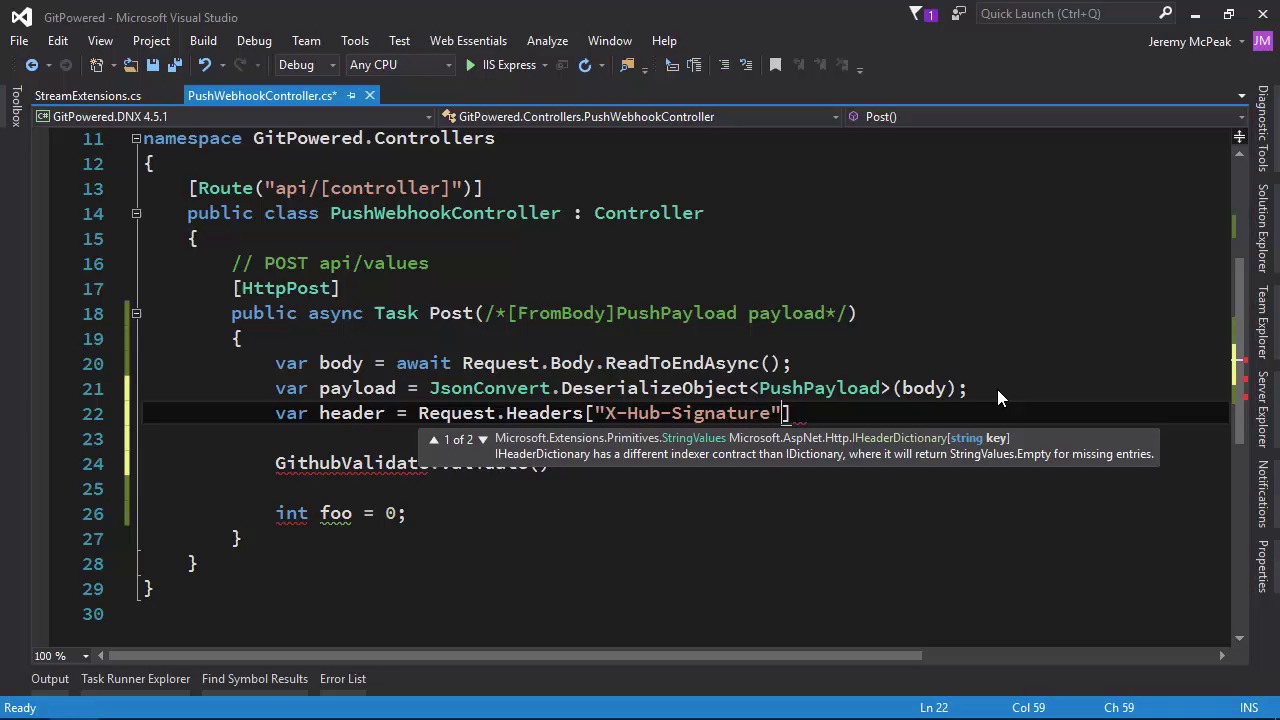 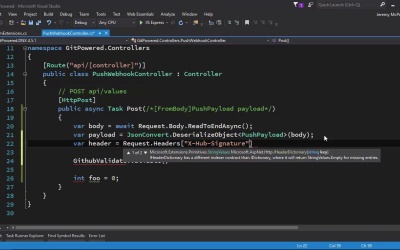 Currently, our webhook will process any request, regardless of its origin. An attacker could use that to interfere with our system or spoof data. We want to prevent that, and in this lesson I'll show you how to use GitHub's request signature functionality to do so.