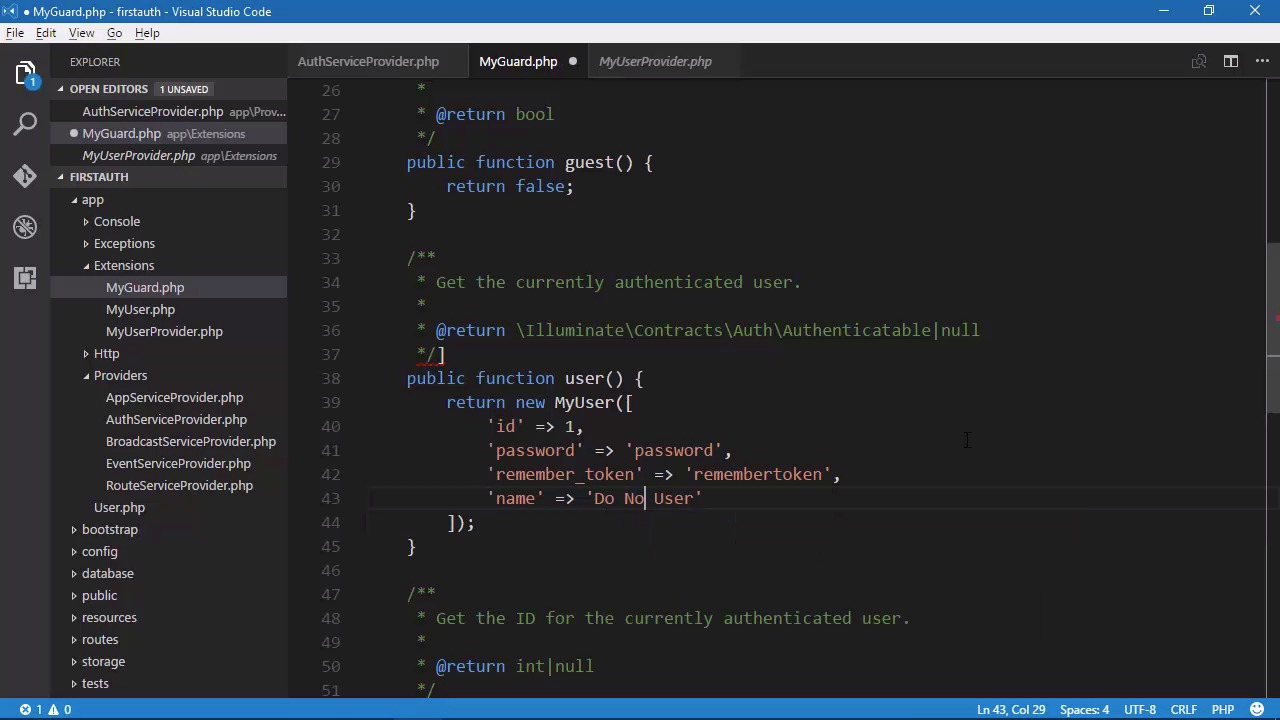 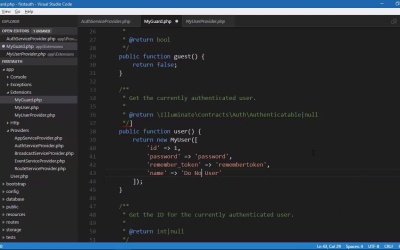 Guards authenticate users for every request. For example, Laravel’s built-in SessionGuard uses cookies and session storage in order to ensure the user is authenticated. We’ll keep it simple, but you will learn about the Guard interface and you’ll get to write a custom guard.

3.2
Authenticate Users with Middleware and Guards
11:32