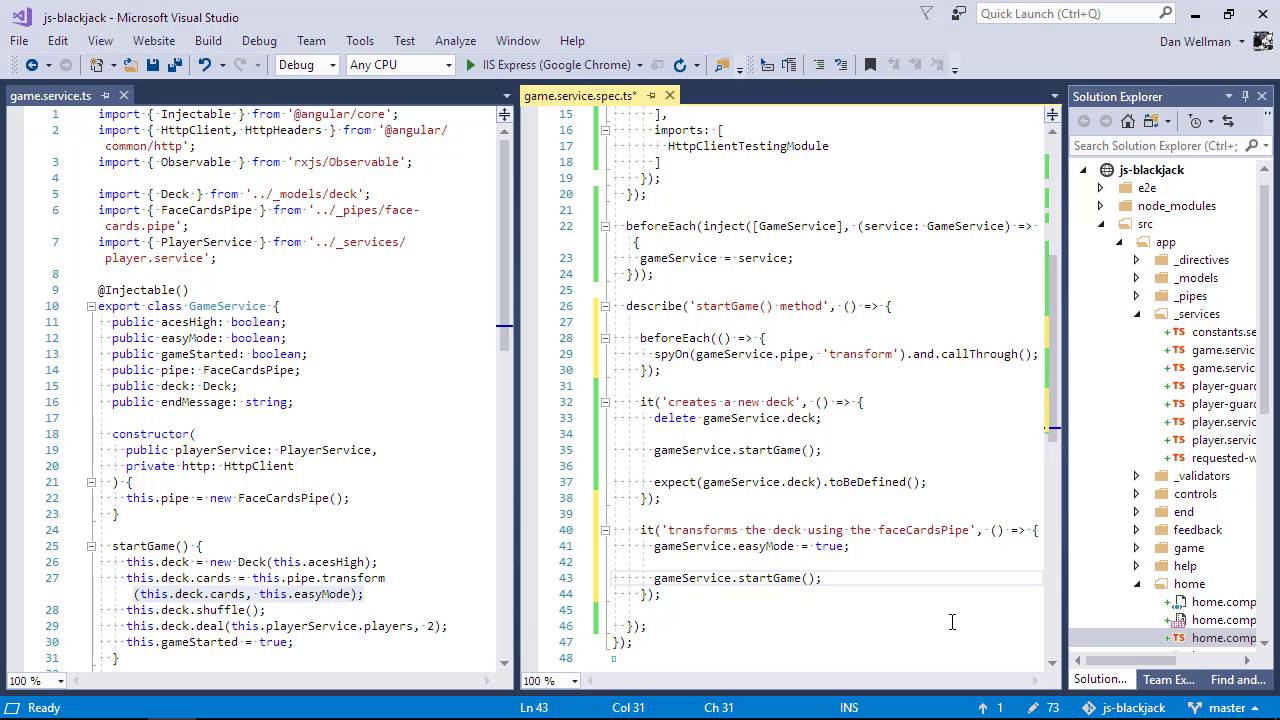 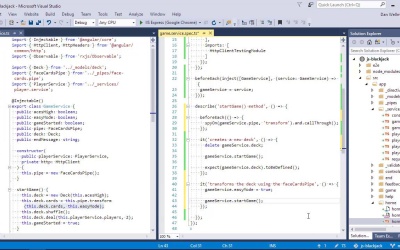 In this lesson I'll show you how to add unit tests for one of the methods in the game service. I'll also explain how we can achieve basic test features like spying on methods to check they are called with the correct values.