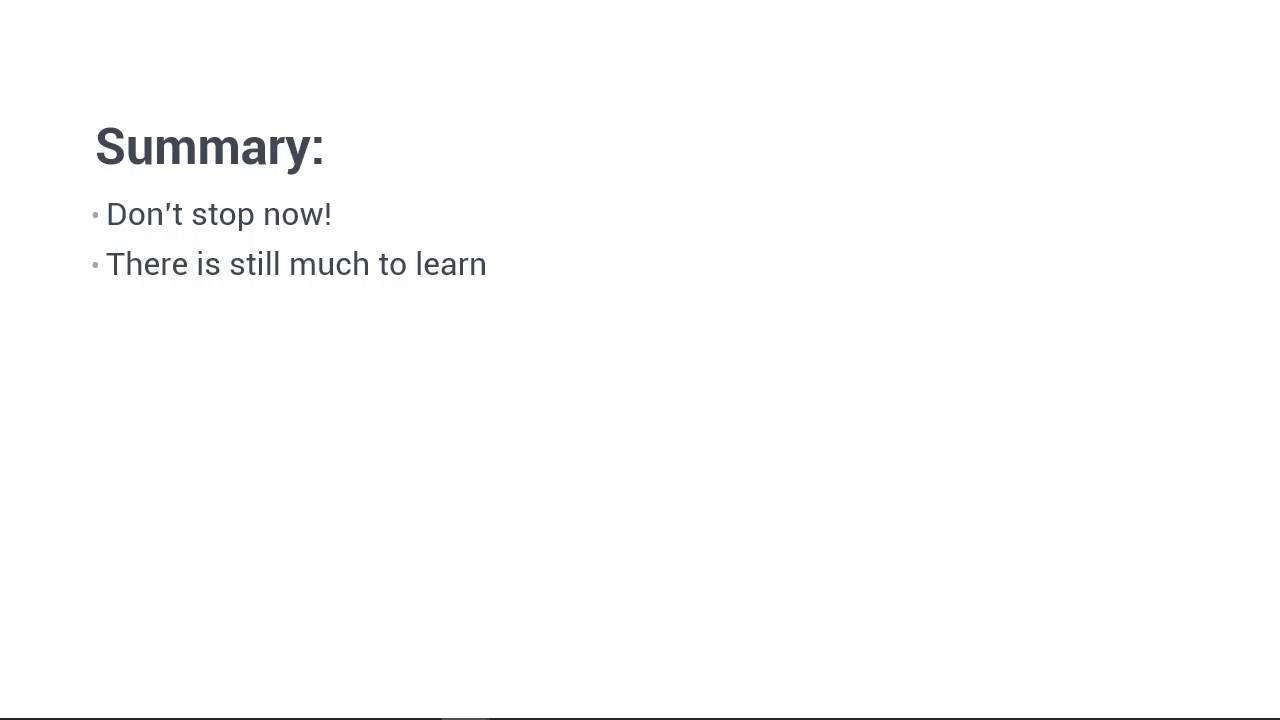 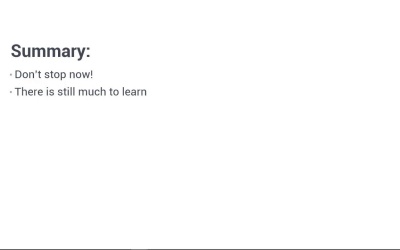 Congratulations! By following along this far, you've gained a solid foundation in Angular. I hope you will continue to build on this knowledge and go on to create many Angular apps.

My name's Dan Wellman, and from all of us here at Envato Tuts+, thanks for watching.

Hi, folks. We've now finished building the application, and we've learned a great deal about Angular and using the Angular CLI to speed up development. We covered all of the main building blocks of an Angular application, including components, services, directives, pipes, routing, route guards, HTTP and HTTP interceptors. As well as testing. We've also covered more generic aspects of development such as the structure and architecture of an application. Development workflows using the CLI, unit testing, and how to create production builds. Even though we've looked at all of the main components that make up an Angular application, there is still a great deal to learn. Angular is such a huge framework that does so much for us, it can take months or even years to really dig deeply into all of the different tools and techniques that we can make use of. Therefore, I want you to see this point as the start of your journey into Angular, rather than the end of your journey. You know the basics enough to build a simple real-world application like a game. But it's now up to you to continue your journey to making modern, maintainable, front end applications. If you want to carry on with the example application, there's still a lot that can be done. As a first stop, there are still a number of failing unit tests. Why don't you see if you can get those tests passing using the techniques that we covered in the unit testing section of the course? My name is Dan Wellman. I hope you've enjoyed this course. From all of us here at Envato, thanks for watching.