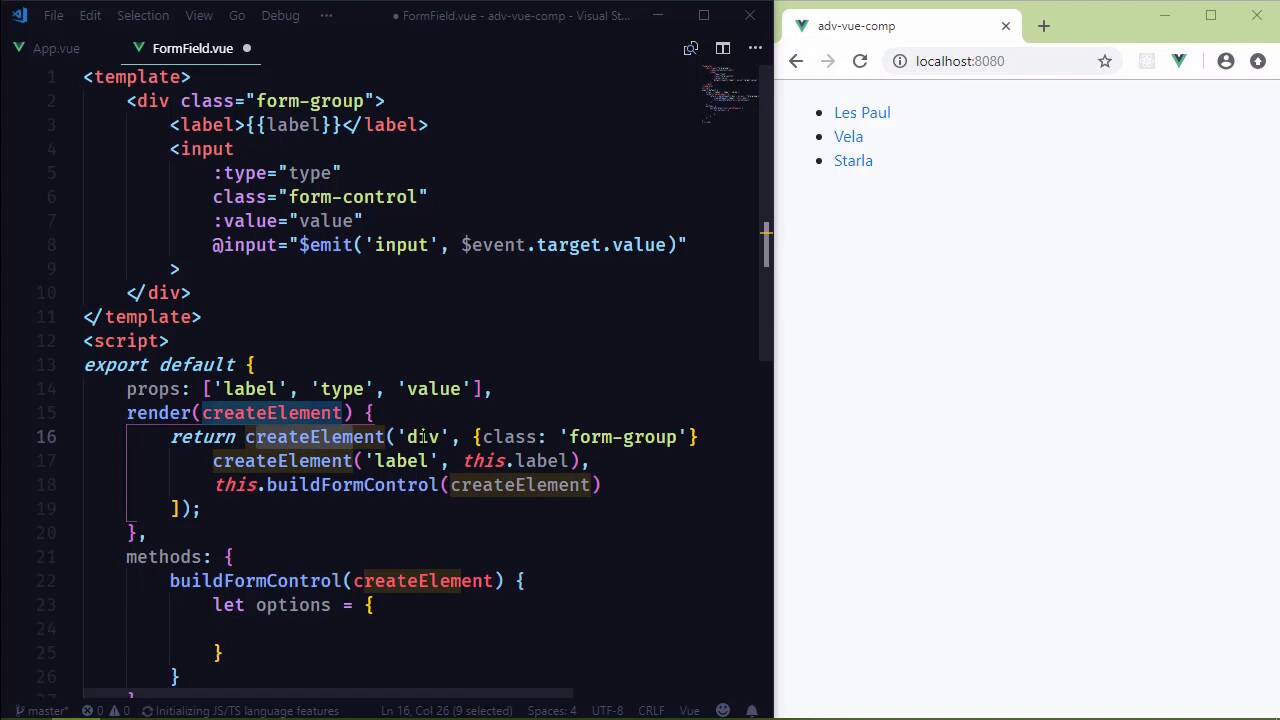 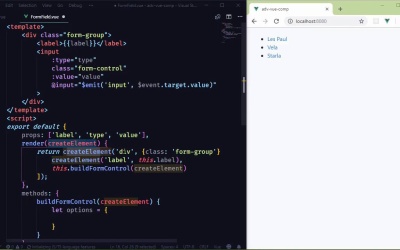 Sometimes, it makes sense to write a component that renders content without a template. In this lesson, we'll revisit our first component (the form field) and render it using the render() method.