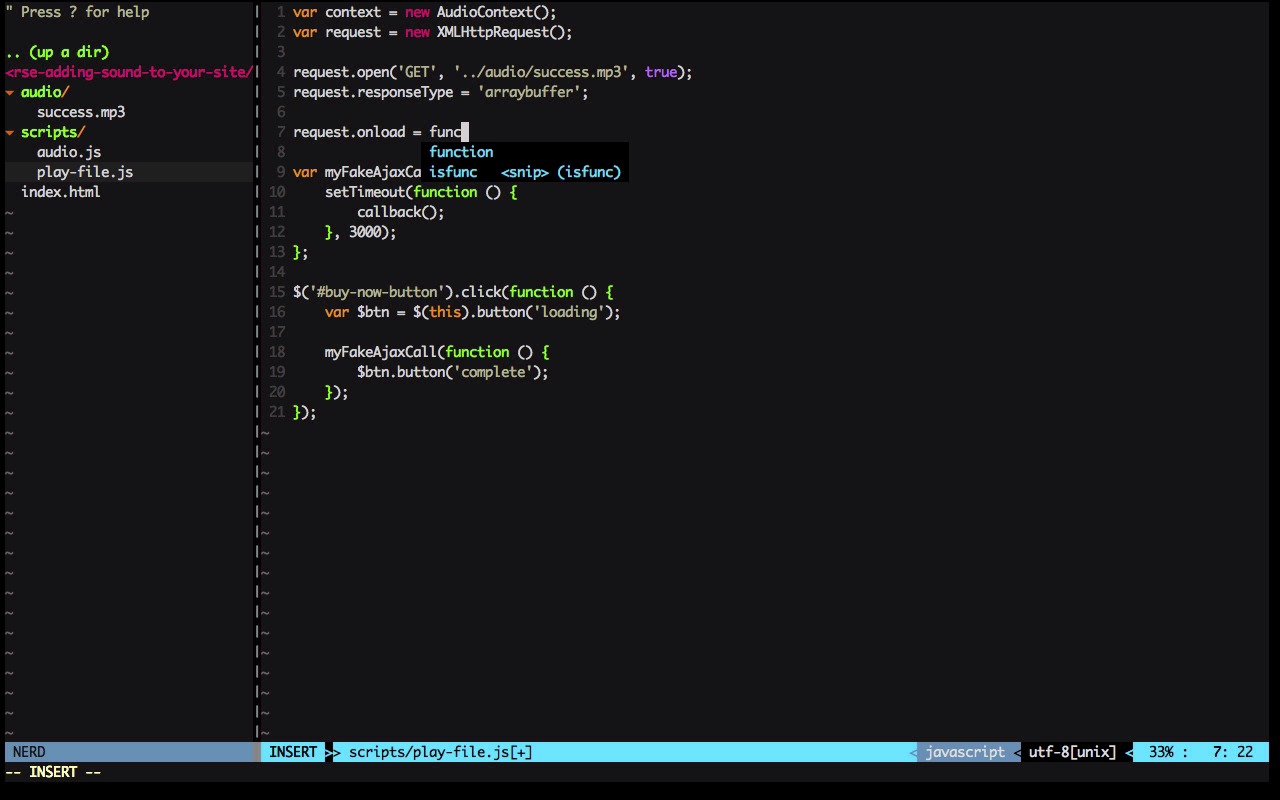 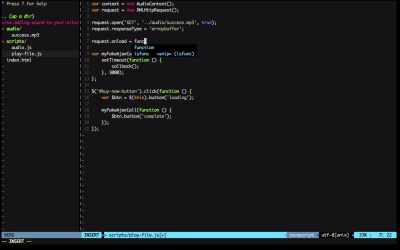 In this lesson, I’ll show you how we could use an audio file as our success motif, instead of oscillators.