In the ever evolving world of WordPress, two betas for the upcoming public release of WordPress 3.3 have been published including enhancements like an improved admin bar, fly out dashboard menus and a new media uploader. We have an article on what to expect in WordPress 3.3 but let's just summarize the main new additions.

Firstly, WordPress 3.3 introduces an improved admin bar where the links have been rearranged and new styles have been applied (personally, I prefer the current one though). There's also new admin pointers which are tooltip-esque help points which give you a walk through of new features, showing a definite potential if developers can use them to tour clients around their themes.

Additionally, in the WordPress dashboard, we get a nicely redesigned menu system that has fly out sub-menus instead of drop downs. Through a third-party plugin, I've been using fly out menus for ages in my dashboard and love them with their space-saving ways. This is definitely one of the most exciting additions!

Next, we have WordPress's new media uploader that features drag-and-drop uploading of files. Additionally, the four upload icons have now, in the post editor, been merged into one.

Of course, there's more to three-point-three so be sure to check out our roundup on everything that's new.

The majority of this site's traffic probably don't use, or are not involved with, WordPress.com but there have been a few notable developments over at the hosted side of WordPress. Not only is the service introducing .ME domain names, but are also going to allow ads to be placed on WordPress.com blogs. At the Web 2.0 Summit in San Francisco, Automattic announced they were partnering with Federated Media to place ads on WordPress.com blogs allowing advertisers to target thousands of WordPress blogs with diverse audiences.

It's unclear just how much revenue WordPress.com users will see, however.

WordPress By The Numbers

At the Web 2.0 Summit, WordPress also announced that it powers 15% of all websites on the internet, which is an increase of 6% year-on-year. Additionally, they said that 22% of all new website registrations are powered by WordPress, according to Automattic CEO Toni Schneider.

According to WordPress, the blogging software powers over 63,000,000 websites in the world, where about half are hosted on WordPress.com. According to the WordPress stats page, WordPress.com receives 308 million visitors on over 2.5 billion pages each month.

Our sister marketplace, ThemeForest, hosts a bunch of awesome themes including some fantastic new ones. In this part of the monthly roundup, we're going to look at some of the most popular new themes on ThemeForest submitted in October 2011.

Reaction WP is a fully responsive theme - Try resizing your browser when you view the demo... that means that it’ll flex to fit massive screens, or itty bitty iPhone screens (and everything in between). Touch gestures even work on the slider! Add your content the way you normally would to a WordPress theme, the theme will do the rest for you.

You can grab the theme for $35 at ThemeForest.

Boulevard is a magazine-style WordPress theme with an awesome built-in review system. Whilst Boulevard is great for regular posts (with the option of a blog or magazine style homepage layout), the reviews post type allows you to rate a number of criteria and have them show up as star representations in the post.

You can grab the theme for $37 at ThemeForest. 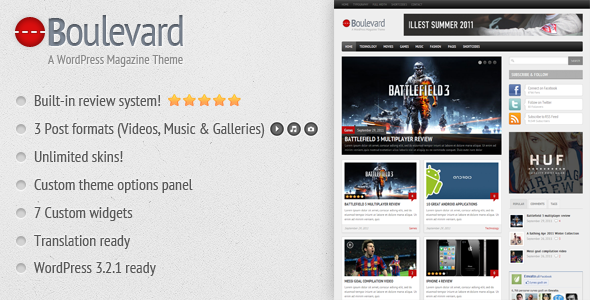 Flashlight is a theme by top author Kriesi aimed at photography and other image galleries. The theme features a full-screen slider as a background to showcase your work and a bunch of page templates to overlay content on. Flashlight has something awesome also; it can display Exif data from the photos when you hover over a image in a gallery embedded in a post.

Flashlight retails for $37 too on ThemeForest.

Illuminate is a clean, minimalist theme for creatives with a ton of functionality. Illuminate features a content menu to show a whole host of different formats including maps in addition to some great animation.

DK is another photography-oriented theme with full-screen images dominating the screen real estate. Like the majority of photograph themes, DK comes packed with a bunch of different post layouts as well as some sleek animation throughout.

The pricing trend continues: you can grab DK for $37 on ThemeForest. 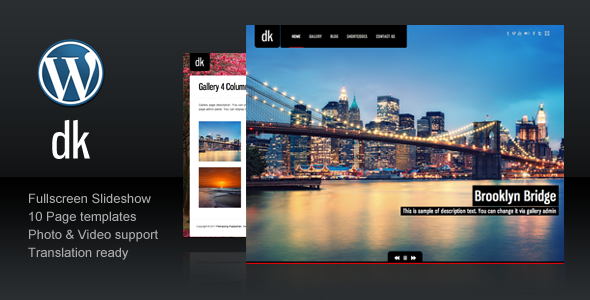 Purity is a clean portfolio theme that I love. I really like bold fonts who's colour is inverted from the background, especially black on white or white on black. Purity is just that, a monochrome theme with a burst of a colour of your choice. Posts look great, but the single photo pages look even better. Be sure to check it out!

And yes, you got it right! Purity is $37 on ThemeForest. 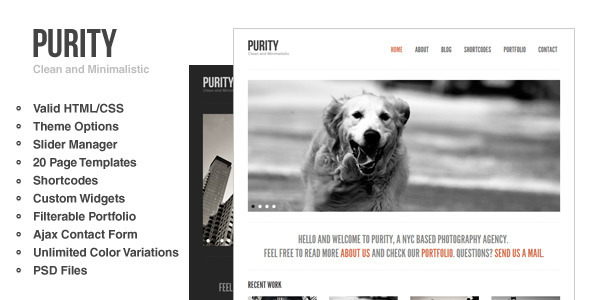 SuperSkeleton is the second responsive theme on the list from Brandon, but it's been incredibly popular all through October so it warrants a spot on this list as well - Once again, try resizing your browser when you view the demo... This is the original basis for his other theme on this list, Reaction, and both seem to compliment each other nicely as they target slightly different layout paradigms.

You can grab the theme for $35 at ThemeForest. 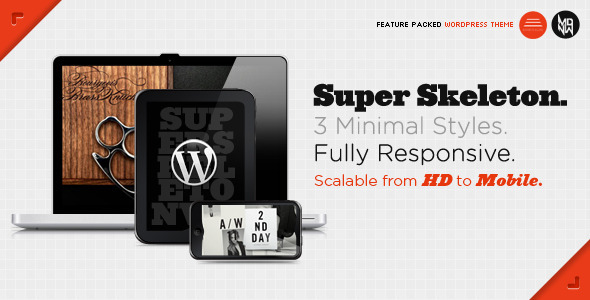 CodeCanyon is Envato's code market that features a section dedicated to WordPress plugins. These are a few published in October that have been popular in sales.

PrintPress is a WordPress plugin that creates a more printer-friendly version of your posts for those that are frequently printed. By simply appending /print/ on the end of a blog post, you will be presented with a "clean" version of your post without your theme so it'll print out much better.

PrintPress can be had for $12 on CodeCanyon. 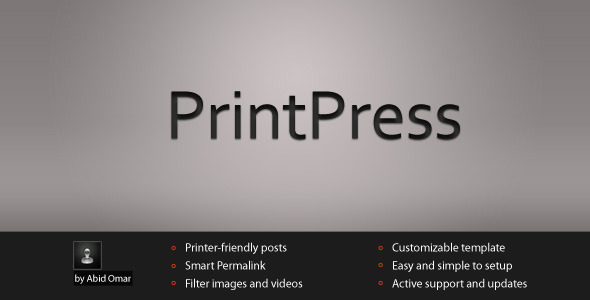 SocialBox is a social plugin for WordPress that pulls in your follower counts from Facebook, Twitter, YouTube and FeedBurner, as well as optional subscription links, and puts them in a widget to use on your blog.

Grab it for just $6 on CodeCanyon. 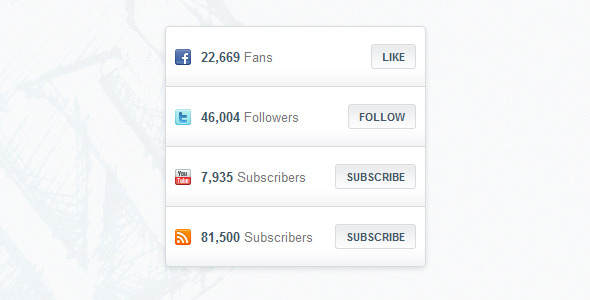 Sliding Tabs is a WordPress plugin that allows you to create tab interfaces - with some nice sliding animation between each pane - through a shortcode, powered by jQuery.

Sliding Tabs retails for $18 on CodeCanyon. 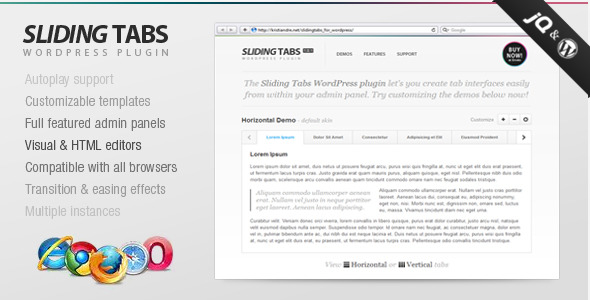 WordPress 3.3 is scheduled for released next month and with features like the redesigned admin bar, fly out menus and media uploader, it's going to be an awesome incremental upgrade! And, even though it's been a slow month for news outside of WordPress 3.3, there's been a lot going on at the marketplaces.