Reshaping Our Perception of Success

Over the course of these last two weeks, I had the pleasure of attending an Envato meetup/conference in Malaysia. As you might expect, Envato is composed of ridiculously smart and talented folks…folks so smart that it quickly becomes intimidating!

But I’m not here to talk about the conference specifically; instead, I’d prefer to ramble a bit on one of my largest takeaways from the event. 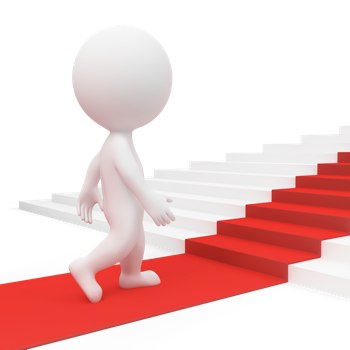 One day during the conference, I had a chat with Envato’s current (temporary) lead development manager, Pete, about the traditional concept of advancement in a company. In many ways, we’re designed/brainwashed from an early age to follow a very specific path:

That’s a good thing, right? Well, in our industry, specifically, maybe not.

Management can be a bit of a scary word. It indicates Excel, not code. It indicates... management, not development.

Our life-long training tells us that this is what’s supposed to happen.

But, nonetheless, it’s still a higher level (hopefully higher paying) job. Our life-long training tells us that this is what’s supposed to happen, if we desire to be successful. You’ve worked hard; now you get to manage others (and maybe drink scotch). This is the path.

For creatives, though, does this sort of role make us happy?

Sure, we may have a bit more input into the direction of the business, but does it make us happier? For the last year or so, I’ve struggled with this very thing. I adore my current job: I’m able to help shape the future of education in the creative fields (more on that later this year), and spend all of my spare/free time learning how to be a more efficient developer. What could be better than that?

Still, though, that lingering feeling always rested in the back of my mind: I’m only “advancing” in the world if my job title/rank increases sporadically. I had (and have) no desire to change my current involvement/role in the company (Envato), but, nevertheless, felt that I should reach for these more traditional managerial roles.

This old-fashioned notion of advancement is a silly metric for success.

Pete taught me that this old-fashioned notion of advancement is a silly metric for success. Instead, we have to reshape our perception of what both success and fulfillment are. Remember when I noted that Pete was the development manager at Envato? Well, technically, at his own choosing, he’s the temporary manager, while we search for a new development manager. Despite the fact that he’s certainly qualified for the job, he doesn’t want it - which I find incredibly admirable. Instead, his skills/desires rest firmly in things like software architecture. In his own words, that is where he is able to contribute most effectively to the company. So, a bit oddly, perhaps, he is currently in the position of finding and hiring his future manager.

It’s interesting how the older I get, the more and more I come back to this one word: “contentment.” It’s not about job titles, or vanity, or even money (to some extent); it’s simply about contentment. Do what you love, and forget those old-fashioned job titles and notions of success. Or...

Figure out where you're most effective in your company, and do...that. Period.