The official announcement of Adobe CS5 has long been awaited, with previews and betas of Flash CS5 hitting select audiences as far back as Adobe MAX 2009. Yesterday saw the unveiling of plenty of new features (some of which, notoriously, may or may not be realized) so here's a quick run down of some features Flash users can look forward to. 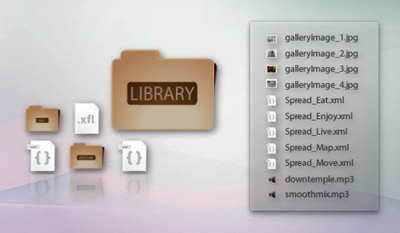 A significant feature of Flash Professional, XFL is the file format to which all .fla projects will now be saved as default. Tom Green already discussed the ins-and-outs of XFL in his article R.I.P. .fla and whilst this feature isn't entirely new, it's the new standard. Just to sum up: 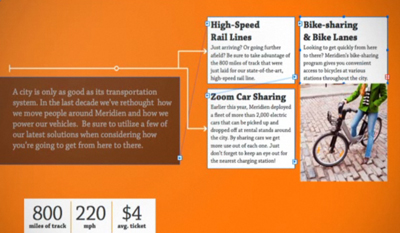 Great control over text hasn't always been Flash's trump card, but CS5 aims to bring familiar text layout capabilities to the game. Flash Player 10 was furnished with the engine to render such advanced text options, but only now with CS5 do we have the official UI to take advantage of them.

Linking text fields is second nature if you're an InDesign or Illustrator user and now it's possible in Flash too. Control over vertical text, foreign character sets, spacing, indenting, columns - many of the features you'd expect from a quality print application - are now present in Flash Professional.

Take complete control over your text with print-quality typography via the new Text Layout Framework. 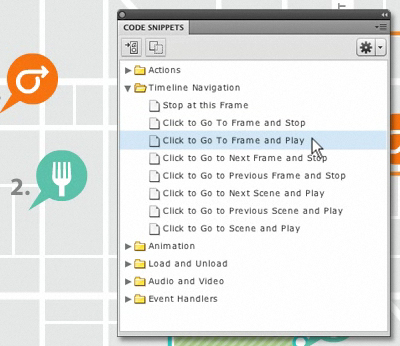 Ground-breaking it isn't, but the ability to insert chunks of pre-written code into your script is a familiar and useful feature in most code editors. Flash Professional CS5 allows easy editing of your snippets via XML and sharing via intuitive Import and Export options. 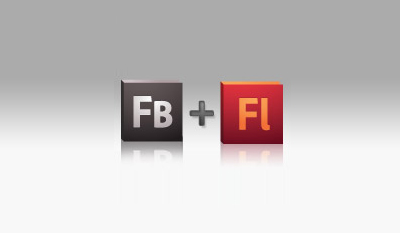 In an effort to take back some of the ground lost to preferred AS editors in the market, Flash Professional now allows easy integration with Flash Builder. Work on your assets within Flash, then switch over to Flash Builder to write your ActionScript. Flash Builder will even create a project for you as you do so (if you want).

Use Flash Builder as your primary ActionScript editor for Flash Professional projects. 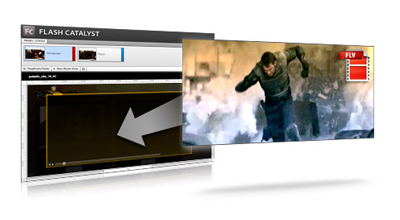 Flash Catalyst has arrived, available in all the CS5 packages for the simple reason that it appeals to everyone. Manage media of all types for presentation, design and development - binding all other CS5 applications in one environment. Catalyst makes Rich Interaction Development a process which involves the whole team.

Transform Adobe Photoshop®, Illustrator®, and Fireworks® artwork into expressive, fully interactive projects without writing code, and leverage the reach and consistency of the Adobe Flash Platform. 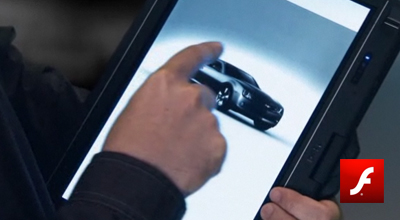 The range of devices which Flash Player currently penetrates includes not only desktops and laptops, but also netbooks, smartbooks, tablets and smartphones. The principle advantage behind this is clear; as a Flash developer you can be sure that your creation will reach as many devices as possible without having to be recompiled to different specifications for each audience. Later this year will also see Flash Player 10.1 introduced to digital TV, adding yet more scope to the field.

Flash Player 10.1, our next generation web run-time, enables consumers to enjoy a complete web experience on a wider range of devices than ever before.

If you didn't catch Adobe's video launch, go and check it out. Flash and the Flash Platform certainly received their fair share of tweaks, scores of which haven't even been mentioned here. What's your opinion? Will you be reaching into your pockets for the latest updates? Were your expectations met by the announcements? We'd love to hear..

Ian Yates
Web Design editor at Envato Tuts+
My name's Ian; I'm the web design editor round these parts and I also run the translation project. Ask me anything you like about web design, in any language… I'll find someone who knows the answer! https://www.instagram.com/lycra_against_litter/
Looking for something to help kick start your next project?
Envato Market has a range of items for sale to help get you started.