If you want to code a mobile app, you need to know a programming language. But it can be hard to choose the best language (or languages) for a project. There are a lot of options out there, and in this post I'll help you narrow them down so that you can pick the best.

It all depends on what you're building. For certain apps, mobile developers may not need all the available features of a particular language. In other situations, a single app may require more than one language. In this tutorial, I'll go through various mobile development languages and highlight some of the details that can help you make a decision.

Let's start with some languages which you may already be familiar with.

According to the TIOBE Index, Java is the most popular programming language as of June 2017. If you want to develop Android apps, you'll most likely to stick to Java. It has a large and established developer community, and that means you can easily get technical support and help.

So, when you're developing for mobile with Java, you are free to come up with any type of app you can think of. The only limits will be your imagination and the level of your Java knowledge.

Kotlin was designed and developed by JetBrains, the Czech company known for their popular IDE, IntelliJ IDEA. Google's Android team has recently announced that they are officially adding support for the Kotlin programming language.

Kotlin was developed to address some of the issues in Java. According to the language's fans, Kotlin syntax is simpler, cleaner, and leads to less code bloat. This helps you focus more on solving the actual problem, rather than struggling with verbose syntax. Also, you can use Kotlin and Java together in the same project, and that makes it really powerful.

If you want to develop for iOS, Swift might be the language for you. Introduced in 2014 and declared open source in 2015, Swift is swiftly catching up with mobile developers. It's very popular, especially among new iOS development startups.

Apple has added some great features to the language, such as simplified syntax, the ability to easily pinpoint programmer errors, etc. Apple's huge efforts to promote Swift clearly indicate that it wants this new language to become the mainstream programming language for its app ecosystem.

Objective-C was the original development language for iOS. While the recently introduced Swift language is the future of iOS development, many advanced projects still rely on Objective-C. So the transition from Objective-C to Swift is expected to be somewhat slow, and you may need both of them for some projects, at least for the time being.

JavaScript has a long history going back to the early days of the World Wide Web. A very popular front-end and server-side language, it lets web developers do everything from enhancing the user experience of their websites to building complete web apps.

Today, there are several JavaScript frameworks that specifically target mobile development platforms, such as Ionic 2 and React Native. It's very easy to develop cross-platform mobile apps using these frameworks and libraries. This means you only have to write a single version of your app, and it will run on iOS or Android.

C# is the language of Windows Mobile. It's very similar to C++ and Java. Microsoft has adopted some of the features of Java to simplify its architecture, while maintaining the C++ like design. It also has a large and active community of developers who are always friendly and helpful.

C is the second most popular language on the TIOBE index, and just like Java, its community is full of seasoned developers who could offer you valuable advice on how to write bug-free code.

Created by Dennis Ritchie, while working for Bell Labs, C is a widely adopted and powerful language that allows you to directly manipulate low-level operations of a computer. If you want to use Android NDK (Native Development Kit), you'll need to get familiar with the C language.

If you are familiar with C, then you'll really enjoy reading and writing C++ code. C++ is an extension of C, with more high-level features and support for object-oriented programming. C++ is also a favorite language of Android NDK developers. You can use C++ to develop Windows Mobile apps too. C++ goes head to head with Java in the field of software development, and it's really worth mastering.

Python is another popular language that's easy to learn and easy to read. The creators of the language have made extra efforts to keep the syntax as simple and clear as possible. This really helps novice developers maintain high levels of productivity, from day one. If you are comfortable with writing Python code, then you can use frameworks such as Kivy to develop cross-platform mobile apps.

Ruby is an object-oriented scripting language, influenced by Ada, C++, Perl, Python, and Lisp. RubyMotion is a great framework for developing native and cross-platform mobile apps in Ruby. It's fairly easy to learn Ruby, thanks to its elegant syntax that focuses on simplicity and productivity.

How to Classify the Languages?

Mobile apps can be grouped into three categories, namely native, hybrid, and native cross-platform. Native apps can fully utilize all the OS facilities and features, and they are the fastest when it comes to performance. However, you need to maintain different codebases for different mobile platforms, as each platform uses different programming languages.

For example, Android platform makes use of Java plus C/C++ to develop native apps. Apple's iOS platform relies on Objective-C and Swift as its native languages. C# is used by Windows Mobile platform to code its native apps. All of these native app programming languages are compiled, rather than interpreted.

Hybrid mobile apps are actually websites that are designed to work with mobile devices too. A user can access them via a mobile browser as if they are visiting a website on a desktop computer. The combination of HTML5, CSS and JavaScript is the obvious choice, if you want to develop web apps.

Recently, a new batch of mobile cross-platform frameworks has emerged. These frameworks combine the best features of native apps and hybrid apps—they're fast and light and can access the full power of the native device, but they also are coded with JavaScript and other web languages, so a lot of code can be reused between platforms.

React Native and NativeScript are popular native cross-platform frameworks. If you want to learn more about these, check out our comprehensive beginner course or some of our many tutorials.

Before getting deeper into the detailed language features, you must select a platform. You can refer to the article Mobile Development Platforms to get an idea of various platforms and how to pick the one that suits you best. Assuming that you've already selected a mobile development platform, let's see how these languages compare in terms of their features.

If you want to develop for native Android, Java and Kotlin are your obvious choices. So let's have a look at them.

Kotlin has better control over Null references so that the famous NullPointerException bugs (common in Java) are much easier to eliminate. This reduces development time and improves programmer productivity.

Although Java supports concurrent operations, the relevant code may suffer heavily from readability and maintainability issues. Kotlin addresses these issues by using Coroutines. The resulting code is easily readable and easily understandable too.

Java's type system isn't consistent, and this can sometimes lead to confusion. In particular, the primitive types such as integer, boolean, and so on need to be handled as special cases. By contrast, Kotlin has a relatively simple and more versatile type system that minimizes programmer errors and mistakes.

Although Java can theoretically support various programming styles, some developers believe that it overly promotes OOP (Object-Oriented Programming). Kotlin doesn't seem to enforce any particular style of programming, so developers have more freedom to choose an approach that fits best. However, Kotlin developers need to have a thorough knowledge of software architecture and development principles.

Which One to Choose?

In a nutshell, it seems that Kotlin is better than Java, but it may take some time for a complete transformation. One challenge is that programmers are used to the thinking patterns enforced by Java. Another is that Kotlin is a new language, and certain features are still experimental.

Anyway, Google has clearly announced that they will offer complete support for Kotlin. In fact, Android Studio, the official Android IDE, now comes with full support for Kotlin. New features and capabilities are constantly added to Kotlin. Over the next few years, we are going to experience a transition period from Java to Kotlin, at least in native Android development.

Objective-C and Swift are the two options you have for iOS development. So let's have a look at each one's features.

Swift has simpler and clearer syntax to help programmers achieve their goals with the minimum number of LOC (Lines Of Code). This also helps reduce programmer errors and eases bug fixing.

Execution of Swift code is much faster than that of Objective-C. This clearly leads to faster app performance and better user experience.

Unlike Objective-C, Swift has built-in support for functional programming too. So developers don't have to limit themselves to any pre-defined programming styles. That helps developers understand the problem clearly and come up with a better solution.

Which One to Choose?

While there are several code migration tools available, it may not be possible to fully convert Objective-C projects to Swift without issues. Sometimes, specific workarounds may be required, and that might need a fair knowledge of Objective-C. So the best strategy is to give priority to Swift and learn a bit of Objective-C only when it's absolutely necessary. Also, you need to keep an eye on the latest Swift developments and trends.

JavaScript (coupled with other HTML5 technologies) is the most used cross-platform mobile development language. There are also other languages, such as Python and Ruby, but JavaScript has the broadest range of support and adoption.

Unless you are already a big Ruby or Python fan and you want to try out the cutting-edge of mobile development with those languages, you should stick with JavaScript or its type-augmented sibling, TypeScript.

Choosing a mobile development language can be tricky if you don't understand the features of each one, along with the current industry trends. With this knowledge, though, it's easy to see that choosing a language heavily depends on the particular mobile development platform too.

I'm sure now you have a clearer picture of mobile app development languages and are able to match the relevance of their features to the latest development trends. So just get started coding your next app with confidence!

If you want some help getting started with a new language, check out some of the tutorials and video courses linked throughout this post, or some of our other posts on mobile development! 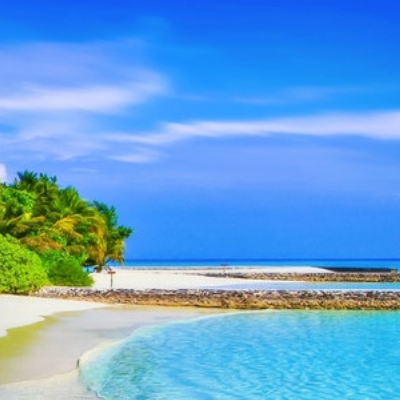 Sandamal Siripathi
Sandamal Siripathi is an application developer based in Sri Lanka who writes about topics ranging from mobile to wearable technologies and related software development platforms. He is a graduate from University of Moratuwa with a BSc Eng degree. Sandamal is passionate about designing and developing new apps for mobile and wearable platforms.
Weekly email summary