Since 2010 WordPress has been launching a new theme with each of their yearly releases. With version 3.5 coming by end of the year, we can now download the all new Twenty Twelve theme, a successor to Twenty Eleven. Before I talk about what's new in Twenty Twelve, I will be discussing the difference between Twenty Eleven and Twenty Twelve, and how the change will benefit working with the default theme of WordPress.

Twenty Twelve will be shipped with each installation of WordPress 3.5. Being the default theme it could be used by a large number of WordPress powered websites and would also serve as the theme many new WordPress developers would study before they create their own themes. With so much responsibility, it becomes essential that the theme follows WordPress standards, is made easy to use for a beginner and sets a benchmark for theme development. With WordPress widely being used as a CMS and not just a blogging application, the new theme seems to deliver on all aspects.

Created by Drew Strojny and many others, here are some of the highlights of Twenty Twelve: 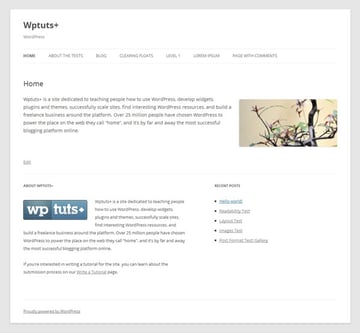 In case you wish to setup a static home page, Twenty Twelve comes with a special template for the home page. Geared towards those who are using WordPress as a CMS, this template comes in handy to setup a welcome page with an introductory message. Along with the two home page only widget areas that can be arranged in one or two columns below the main content, this gives website owners more ways to organize content.

Twenty Twelve is sleek and uses absolutely no images in its layout. In fact the theme does not come with even one single image. Styling remains to a minimum which is good if you use it as a parent or starter theme. This also means less overriding in the CSS of child themes.

Headers are not set by default. The feature remains for those who wish to use it; however the header is not displayed when the theme is first activated like the previous Twenty Eleven theme. If you set a header it’s displayed below the menu.

Unlike Twenty Eleven, if you have no widgets set in the default sidebar, the sidebar is completely hidden. 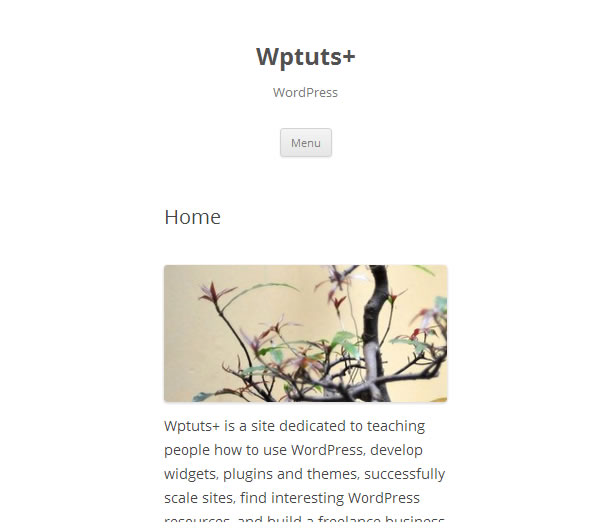 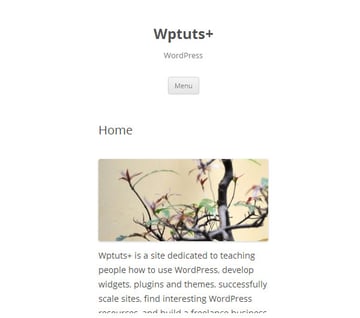 The theme uses a mobile first approach and it’s crafted to work perfectly across all major devices including retina displays. This is the first default theme from WordPress which is fully responsive. The theme displays content elegantly across multiple platforms.

One of the best aspects of this theme other than its responsiveness is the typography. There is a nice amount of spacing between elements making it easier on the eyes to go through the content. Twenty Twelve is also the first default theme to use a web font via Google's Web Fonts Directory. The theme uses Open Sans typefaces making the text appear attractive and yet readable. Since WordPress is used in many different languages, the theme comes with a function to detect the user language and switches to a more suitable font if Open Sans does not support the users language.

Five post formats (Aside, Image, Link, Quote and Status) are enabled by default along with the general standard format option. Each post format has been given a custom styling which is consistent across the individual blog post page as well as on the blog index page. 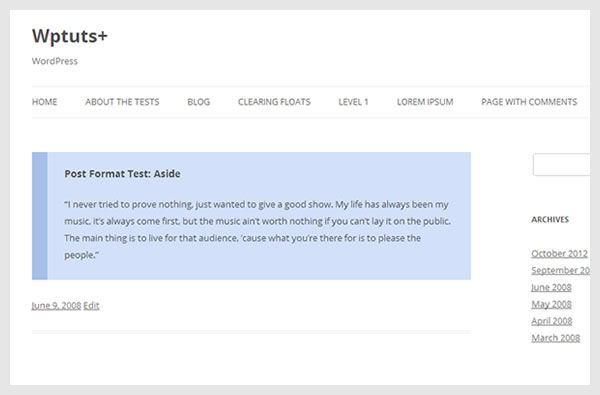 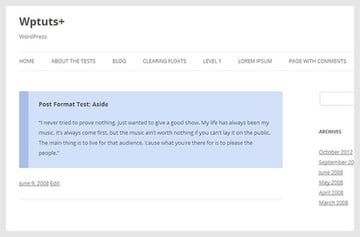 The team responsible for this theme seem to have done brilliantly and taken this default yearly theme tradition of WordPress in the right direction. The theme follows the best practices of WordPress and follows new standards of being responsive and content oriented without being bloated. Twenty Twelve comes with no images and the style.css is also smaller compared to the last default theme.

As theme designers have started using a variety of WordPress frameworks for developing their projects and themes, Twenty Twelve can definitely be used as the base to build your next WordPress project or you may also create child themes for it to enhance and customize the look and deliver a responsive site design faster.

Feel free to share your feedback and comments about this theme below.

Harish Chouhan
Harish is a Designer & WordPress Developer from Mumbai. He runs a web design agency Dreams Media and is currently working on his WordPress theme store Dreams Online Themes. He can be found writing about random stuff on on his personal website HarishChouhan.com and on Twitter @harishchouhan. Currently he is also curating a Flat Website Design Gallery at FlatTrendz.com.
harishchouhan
Weekly email summary