Introduction to Parallel and Concurrent Programming in Python

Python is one of the most popular languages for data processing and data science in general. The ecosystem provides a lot of libraries and frameworks that facilitate high-performance computing. Doing parallel programming in Python can prove quite tricky, though.

In this tutorial, we're going to study why parallelism is hard especially in the Python context, and for that, we will go through the following:

The Global Interpreter Lock (GIL) is one of the most controversial subjects in the Python world. In CPython, the most popular implementation of Python, the GIL is a mutex that makes things thread-safe. The GIL makes it easy to integrate with external libraries that are not thread-safe, and it makes non-parallel code faster. This comes at a cost, though. Due to the GIL, we can't achieve true parallelism via multithreading. Basically, two different native threads of the same process can't run Python code at once.

Things are not that bad, though, and here's why: stuff that happens outside the GIL realm is free to be parallel. In this category fall long-running tasks like I/O and, fortunately, libraries like numpy.

So Python is not truly multithreaded. But what is a thread? Let's take a step back and look at things in perspective.

A process is a basic operating system abstraction. It is a program that is in execution—in other words, code that is running. Multiple processes are always running in a computer, and they are executing in parallel.

A process can have multiple threads. They execute the same code belonging to the parent process. Ideally, they run in parallel, but not necessarily. The reason why processes aren't enough is because applications need to be responsive and listen for user actions while updating the display and saving a file.

If that's still a bit unclear, here's a cheatsheet:

There isn’t one recipe that accommodates everything. Choosing one is greatly dependent on the context and the task you are trying to achieve.

Now we'll go one step further and dive into concurrency. Concurrency is often misunderstood and mistaken for parallelism. That's not the case. Concurrency implies scheduling independent code to be executed in a cooperative manner. Take advantage of the fact that a piece of code is waiting on I/O operations, and during that time run a different but independent part of the code.

In Python, we can achieve lightweight concurrent behaviour via greenlets. From a parallelization perspective, using threads or greenlets is equivalent because neither of them runs in parallel. Greenlets are even less expensive to create than threads. Because of that, greenlets are heavily used for performing a huge number of simple I/O tasks, like the ones usually found in networking and web servers.

Now that we know the difference between threads and processes, parallel and concurrent, we can illustrate how different tasks are performed on the two paradigms. Here's what we're going to do: we will run, multiple times, a task outside the GIL and one inside it. We're running them serially, using threads and using processes. Let's define the tasks:

We've created two tasks. Both of them are long-running, but only crunch_numbers actively performs computations. Let's run only_sleep serially, multithreaded and using multiple processes and compare the results:

Here's the output I've got (yours should be similar, although PIDs and times will vary a bit):

Here are some observations:

Let's do the same routine but this time running the crunch_numbers task:

Here's the output I've got:

The main difference here is in the result of the multithreaded approach. This time it performs very similarly to the serial approach, and here's why: since it performs computations and Python doesn't perform real parallelism, the threads are basically running one after the other, yielding execution to one another until they all finish.

Python has rich APIs for doing parallel/concurrent programming. In this tutorial we're covering the most popular ones, but you have to know that for any need you have in this domain, there's probably something already out there that can help you achieve your goal.

In the next section, we'll build a practical application in many forms, using all of the libraries presented. Without further ado, here are the modules/libraries we're going to cover:

Knowing the theory is nice and fine, but the best way to learn is to build something practical, right? In this section, we're going to build a classic type of application going through all the different paradigms.

Let's build an application that checks the uptime of websites. There are a lot of such solutions out there, the most well-known ones being probably Jetpack Monitor and Uptime Robot. The purpose of these apps is to notify you when your website is down so that you can quickly take action. Here's how they work:

Here's why it's essential to take a parallel/concurrent approach to the problem. As the list of websites grows, going through the list serially won't guarantee us that every website is checked every five minutes or so. The websites could be down for hours, and the owner won't be notified.

Let's start by writing some utilities:

Normally, you'd keep this list in a database along with owner contact information so that you can contact them. Since this is not the main topic of this tutorial, and for the sake of simplicity, we're just going to use this Python list.

If you paid really good attention, you might have noticed two really long domains in the list that are not valid websites (I hope nobody bought them by the time you're reading this to prove me wrong!). I added these two domains to be sure we have some websites down on every run. Also, let's name our app UptimeSquirrel.

First, let's try the serial approach and see how badly it performs. We'll consider this the baseline.

As stated previously, concurrent.futures is a high-level API for using threads. The approach we're taking here implies using a ThreadPoolExecutor. We're going to submit tasks to the pool and get back futures, which are results that will be available to us in the future. Of course, we can wait for all futures to become actual results.

The multiprocessing library provides an almost drop-in replacement API for the threading library. In this case, we're going to take an approach more similar to the concurrent.futures one. We're setting up a multiprocessing.Pool and submitting tasks to it by mapping a function to the list of addresses (think of the classic Python map function).

Gevent is a popular alternative for achieving massive concurrency. There are a few things you need to know before using it:

Here's how to use gevent to perform our task using a gevent.pool.Pool:

Celery is an approach that mostly differs from what we've seen so far. It is battle tested in the context of very complex and high-performance environments. Setting up Celery will require a bit more tinkering than all the above solutions.

Tasks are the central concepts within the Celery project. Everything that you'll want to run inside Celery needs to be a task. Celery offers great flexibility for running tasks: you can run them synchronously or asynchronously, real-time or scheduled, on the same machine or on multiple machines, and using threads, processes, Eventlet, or gevent.

The arrangement will be slightly more complex. Celery uses other services for sending and receiving messages. These messages are usually tasks or results from tasks. We're going to use Redis in this tutorial for this purpose. Redis is a great choice because it's really easy to install and configure, and it's really possible you already use it in your application for other purposes, such as caching and pub/sub.

You can install Redis by following the instructions on the Redis Quick Start page. Don't forget to install the redis Python library, pip install redis, and the bundle necessary for using Redis and Celery: pip install celery[redis].

To get started building stuff with Celery, we'll first need to create a Celery application. After that, Celery needs to know what kind of tasks it might execute. To achieve that, we need to register tasks to the Celery application. We'll do this using the @app.task decorator:

Don't panic if nothing is happening. Remember, Celery is a service, and we need to run it. Till now, we only placed the tasks in Redis but did not start Celery to execute them. To do that, we need to run this command in the folder where our code resides:

Now rerun the Python script and see what happens. One thing to pay attention to: notice how we passed the Redis address to our Redis application twice. The broker parameter specifies where the tasks are passed to Celery, and backend is where Celery puts the results so that we can use them in our app. If we don't specify a result backend, there's no way for us to know when the task was processed and what the result was.

Also, be aware that the logs now are in the standard output of the Celery process, so be sure to check them out in the appropriate terminal.

I hope this has been an interesting journey for you and a good introduction to the world of parallel/concurrent programming in Python. This is the end of the journey, and there are some conclusions we can draw:

Learn Python with our complete python tutorial guide, whether you're just getting started or you're a seasoned coder looking to learn new skills. 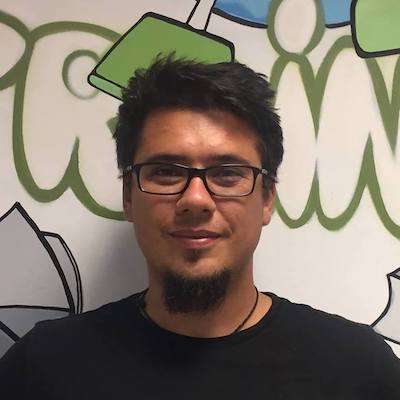