Late last year Adobe announced the three areas they were focusing on for the future of the Flash Player; Video, Applications and Gaming. If I was to ask anyone their thoughts on Flash and Gaming it would be a certain Italian geek whose blog has 1000+ posts on the topic... luckily he's here to share those thoughts, say hello to Emanuele Feronato!

QSo Emanuele, tell us a bit about yourself and how you discovered your love for flash games, have you always been an avid game developer, were you born with a joystick in your hand?

My love for Flash games is a consequence of a big love for games on every platform. I started playing when I was a kid on coin-ops and I went through all home gaming platforms, from Commodore to Sega, from Nintendo to Sony.

Meanwhile, let's say in my spare time, I studied Information Technology and programming, and I was impressed by how rather complex games are built upon pretty simple prototypes. That's why I decided to mix my programming skills with my love for games. I made my first simple games on a Commodore Amiga using a programming language called AMOS but before the advent of internet for the masses, only a few friends of mine played them (and most of them were forced to).

Now I play games on iPhone, iPad and PS3. And obviously I play Flash games.

I also develop Flash games and thanks to the internet millions of people can play them. That's the amazing thing; once a game gets viral, it's played all over the world.

I really love Flash games because of their indie flavor, I like the way a single programmer, a couple of friends or a small studio can develop a successful Flash game. It's a technology that can bring good revenue without being monopolized by Triple-A development studios.

And above all I have to admit fine-tuning your latest game during a sleepless night is priceless!

QOver the years your blog has grown to be an invaluable resource for both flash and game developement. What can new developers expect to discover via http://www.emanueleferonato.com?

The blog is a container of experiments, tryouts, prototypes, tutorials and whatever other kind of result of playing and messing with the latest game development tools and technologies. I receive daily emails from developers saying they made their first game thanks to the posts on my blog, so I would say the blog can help new developers to build their games from scratch. Even complex games featuring physics and 3D are dissected and explained, so it's the perfect place to enter the world of game development.

QWith such a wealth of knowledge and a passion for writing it's no surprise that you've recently had a book Flash Game Development by Example published. Tell us, who is this book for and what can budding game developers expect from it? Did you enjoy the challenge of writing the book and does it follow the style of your tutorials or have you structured it differently?

The book is the result of years of experience in writing tutorials and creating game prototypes. Beginners will learn how to make ten of the most famous games in the history from the bare bones to the finest details, while more experienced developers will benefit from features such as some basic Artificial Intelligence routines and other dirty tricks to speed up game development.

Writing a book was a great challenge because you can't show a working example at the end of the code... actual paper does not play Flash files! That's why it's full of images, to let the reader see what every block of code does on the screen.

The style is the same as my tutorials, with all scripts explained line by line. Readers will never see a single line of code without knowing how it affects the whole script and why it was written in that place. 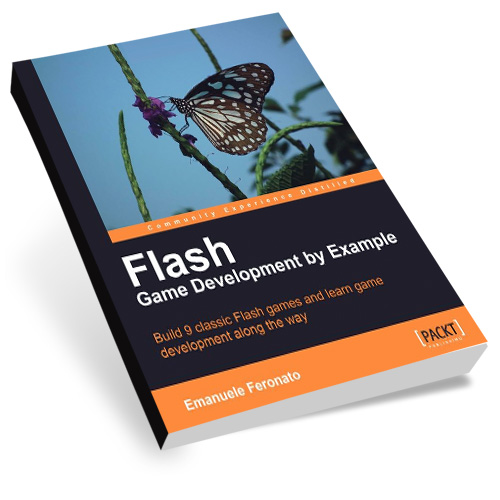 QOne large and surely very popular category on your blog is Monetize where you demonstrate the integration of sponsors such as MochiAds into your Flash games, however you've posted far less frequently on the subject over the last 12 months. Is this still a viable route for making an income with Flash games, do you think the market is becoming saturated or are you simply casting your eyes in other directions?

I stopped writing about Flash game monetization mainly because I stopped releasing games, to focus on the book.

Also, in my opinion, my latest games were sponsored because I am Emanuele Feronato, the guy which runs that Flash blog, and I wasn't that happy with it.

I want to give hints and tips that work for everyone. The web is already full of blogs claiming they are teaching how to make money, while the only people who make money are the guys who own the blogs. I know developers who've applied and refined my suggestions and made more money than I have. That's what I call good advice, and I want to give good advice.

Anyway, now I am working on two games and as soon as they are published I'll start blogging about sponsors, ads, and whatever way I find to monetize my games.

QWith the mobile era now firmly upon us the internet is with us almost everywhere we go. How does this effect the Flash gaming market and do you think the various 'App Stores' have any effect on this market?

App Stores are a big opportunity for developers, and my best advice is to port successful Flash games to App Stores. As for the effect on Flash gaming market, as long as there are computers in offices, in schools and in houses, Flash games will live. All in all the meaning of a mobile application is its use when you haven't a computer in front of you. I can't remember myself having played on my iPhone while I am waiting for a download on my computer.

This does not mean you don't have to learn mobile game development. It's just to explain you did not learn AS3 for the sake of doing it.

QAlmost all of your game development so far has been with Flash however with Unity3D throwing its weight around and potentially publishing to the Flash Player in the near future will you continue to develop with Flash or also explore other tools for game development?

Unity is a great tool and I am seriously keeping an eye on it, but at the moment the gap between Flash and Unity installations is too big to say Unity will be the next-gen IDE to develop Flash games. Also, the upcoming Flash CS5.5 version will improve platform and device support, and the new 3D API "Molehill" looks very promising.

For the next couple of years, I'd stick with Adobe.

QYou must have made so many Flash games over the years, do you have any favorites or games that our readers simply have to play before they go and try to win a copy of your book?

I would suggest readers play a game I made three years ago called BallBalance, 3rd day place on Newgrounds.

The reason I want you to play it, is because you will be able to make such a game once you have the book; there's a chapter fully explaining the making of BallBalance. In other words, by reading the book you will learn how to make a successful game. 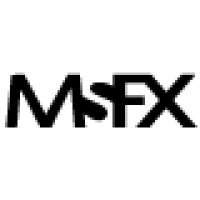 MSFX
Director and Lead Interactive Developer, MSFX Ltd & AppFx Ltd.
Weekly email summary
Subscribe below and we’ll send you a weekly email summary of all new Code tutorials. Never miss out on learning about the next big thing.
Advertisement
Translations