A couple of noteworthy subjects during this week's industry news; we look at Adobe's significant upgrade to Flash Builder and the Flex SDK, plus details of Adobe MAX 2011 (where I'll be speaking alongside some great names). Register now and you'll benefit from early bird pricing! 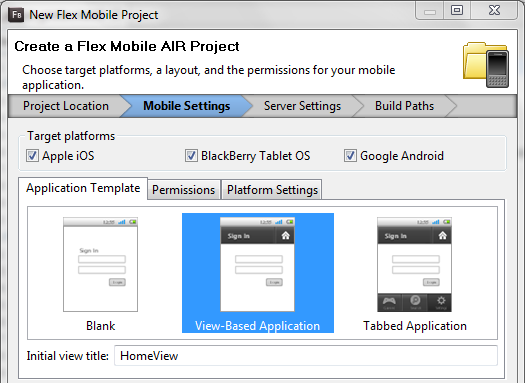 Now, with AIR 2.7 being used when compiling a Flex application to .ipa, performance on iPhone and iPad is said to be very close to that of Android- it is said that CPU mode actually runs four times as fast with AIR 2.7 on iOS than it has with AIR 2.6 - making Flex and AIR a much more viable option for the platform. AIR 2.6 is still used for desktop AIR applications and Android as well. So developers can still easily target desktop Linux with AIR until OSP partners are ready to take on the role of releasing AIR runtimes onto desktop Linux distributions.

BlackBerry PlayBook users should be receiving an OTA update from RIM before the end of June which will enable projects compiled with newer versions of AIR to run upon the device. A lot of developers have been waiting for this.

Adobe has opened registration for the Adobe MAX 2011 conference to be held in Los Angeles, CA from October 1st through the 5th. MAX is a huge industry conference with generally over 300 sessions and three tracks: Design, Develop, and Envision.

Design: Dive into the art and science of designing across multiple screens and types of media. The Design track will give you the skills you need to express ideas with precision and ease; work fluidly across media; and produce exceptional results in print, web, interactive, and mobile design.

Develop: This year's dedicated Develop track keeps pace with the most innovative techniques and technologies powering the future of web and Internet applications.

Envision: Get a first look at Adobe's future roadmaps and learn best practices that will help guide your organization to success in a multiscreen world.

The schedule is still being built up as sessions are confirmed, but it is apparent already that the focus this year is on Creative Suite 5.5 and mobile design and development. Flash, Flex, AIR, HTML5, CSS, jQuery... all of this and more is represented by the current session lineup. Check out the top 10 reasons to attend.

Be sure to register soon as early bird pricing will end on July 31st.