Industry News for you this week involves an interesting exclusive - if you're a Linux user you may just want to check it out..

After having been in beta status longer than most runtime point releases, Adobe has now released AIR 2.7 across desktop and mobile! You can now grab the desktop runtime, Android runtime, and the AIR SDK. AIR on iOS (as always) is compiled down along with individual applications due to Apple developer agreement restrictions.

Additionally, an over-the-air update for the BlackBerry PlayBook can be expected to deliver AIR 2.7 on that platform by the end of June, bringing the runtime up to date across supported mobile platforms.

Adobe AIR for Linux Opened up to OSP Partners

Along with the announcement that AIR 2.7 is now available comes a shift in distribution methods for AIR on Linux desktops. Adobe will no longer be supplying runtime releases for Linux desktop, but instead has opened up the runtime distribution to Open Screen Project partners. 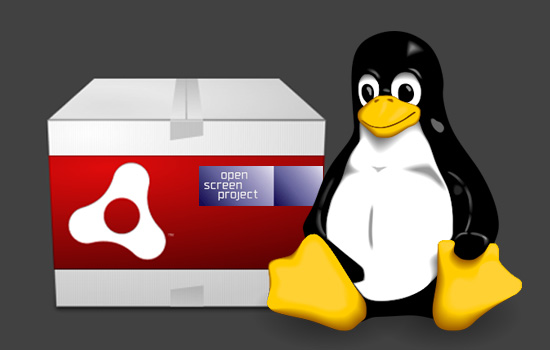 While this may be seen, initially by some, as a snub on Adobe's part; the Linux community will hopefully welcome this move, as they will gain responsibility for distributing the AIR runtime and SDK upon platforms through whatever mechanisms they see fit for their own specific needs.

This is a brand new direction for AIR runtime distribution. It holds a lot of promise and demonstrates the trust that Adobe places in OSP partners. I have high hopes that those in the Linux community will take full advantage of this!

Next month will be the second year of the unique D2W conference, bringing designers and developers together to talk about workflow and all that surround it. There is a rather impressive lineup of speakers- many of them heavily involved in the Adobe Flash Platform community, along with experts in related technologies such as HTML, CSS, JavaScript, tooling, et cetera.

I asked the conference organizer, Dee Sadler, if she would share a few words here, to provide a solid overview of what can be expected by attending this event.

D2W is a designer/developer/workflow conference held in Kansas City, MO July 15-16 with hands-on classes on the 14th. What makes D2W unique to most conferences is the focus on workflow, which includes interaction between designers and developers, but also between applications. Mobile is a new track this year to D2W, and we have almost everything covered. We have game development, designing for mobile, PlayBook, jQuery and lots of Flash coverage. At D2W, we try to encourage everyone to get out of your comfort zone. Developers learn some design, or something you don't normally do. So if you are a Flash or Flex dev, learn some HTML5/CSS3 for instance, or some jQuery. Designers can learn some development and we all can learn something new from the mobile track.

So, as you can probably tell from this description, D2W is doing things in a unique way. The last time I was in Kasas City was back in 2007 speaking for the VRA25 conference, and it is a really great loaction! I encourage you to join us in July, and Dee has graciously offered a discount for any of you who wish to register.

If you are reading this, and would like to come to the conference, we'll give you a discount. Use the code "adobeComm" when registering for $95 off either the 2 day or full conference ticket.

Hope to meet some of you in Kansas City this Summer. Be sure and say hi!

Not a lot to say about this, as the results speak for themselves. You'll definitely want to have a look at the GUIMark 3 performance stats over at Craftymind. The main takeaway is that Flash content generally runs two times as quickly as similar HTML content on mobile devices. This is no fly-by-night operation either: 200 test results here over a variety of popular mobile devices. Check it out!