Google I/O is without a doubt one of the highlights of the year, for myself as well as many other developers. The event is always sure to inspire and surprise, and, on occasions, it provides a glimpse into the near future and the potential of that point in time. This year was big, possibly the biggest to date, and the volume of announcements was staggering.

Android is getting a major overhaul with its next version, which is currently being referred to as Android L. The new version will tout more than 5,000 new APIs, multiple new features, a new runtime engine, and a major user interface makeover.

Android L was very much a preview, like a lot of announcements during the keynote. The release date is unknown, but it will appear some time in the fall. The Android SDK has been released and, for the first time, you will be able to preview the new version on a Nexus 5 or 7 device.

Android L will be sporting a brand, new user interface that Google refers to as Material Design. It's sleek, fresh, and it has a modern look to it. It's everything you'd expect from a user interface update. However, Material Design has lot more depth to it, which literally is one of the key concepts of Material design. You can specify a view's elevation, allowing you to raise user interface elements and cast dynamic shadows.

Material Design comes with a light and a dark theme. Developers can customize a theme and color changes can be made to areas like the status bar, the navigation bar, and various other user interface elements. Material Design gives more options for styling an application's user interface and showing brand identity.

Android L also includes two new user interface widgets. RecyclerView is a more advanced and flexible version of the ListView class and is ideal for listing elements that change dynamically. The RecyclerView class provides a layout manager for item positioning and default animations.

The CardView class extends FrameLayout, which you may already be familiar with. CardView will let you place information inside cards that can be easily modified. The background color, corner radius, and elevation of a card can all be changed.

Animations are an important element of Material Design. The material theme includes default animations, which can be easily modified. A new set of APIs also let you create custom animations. The new animation APIs let you:

Notifications have been further improved and will now show up on the lock screen. In addition to this, there's a heads-up notification that can appear at the top of a full-screen application and is dismissible with a simple swipe.

The Dalvik runtime will be replaced with ART, which has plenty of new features to justify a changing of the guard.

You can find more information at the Android Developer website.

Project Volta is a part of Android L and is dedicated to improving battery performance. It is comprised of three parts:

Android's Recent Apps interface was previously limited to a single instance of an app. In Android L, developers will be able to mark an activity within your app and have it treated as a new task by the Recent Apps screen.

Android L will include many of other improvements, including graphical improvements and updates to WebView. More information can be found at the Android Developer website.

The coming together of Android and Chrome has been talked about for some time. Google I/O showed off a number of ways in which this will start to happen.

Polymer allows for web components to be built and placed in HTML. It takes an object approach to web development and allows for extremely complex and flexible objects to be easily imported to any web application. Objects can be placed at the DOM level with a simple element tag.

Polymer isn't new, it was featured during Google I/O 2013. However, the importance of Polymer in Google's long-term vision was shown during this year's event. To create a consistent user experience across native apps and the web a set of Material Design elements have been created for Polymer. New design guidelines for the web and native apps have been released to help developers to create a consistent experience. Both websites and mobile apps will be able to utilize the same animations, themes, and widgets. You can read more about this topic at the Google Design website.

Chrome has received improvements to further bridge the gap between native apps and the web. Search results in Google will also benefit form Material Design and Chrome tabs will show as individual activities in the Recent Apps screen. This will greatly improve multitasking and switching between mobile and web apps.

App indexing has been improved. Information from Google search results can now be opened by an appropriate app, given the right scenario. For example, a search for restaurants will return results in the browser, but you will also have the option to view the results in, for example, OpenTable for Android.

Any remaining doubts or questions about Chromebooks have been put to rest during this year's Google I/O. It's clear Chromebooks are a hit, with the top ten rated laptops on Amazon all being Chromebooks.

The most significant announcement, however, is that Android apps will be able to run on Chromebooks. During the keynote, Evernote for Android was showcased running on a Chromebook. The popular Vine for Android application was able to use the Chromebook's camera to create a video. This is very exciting and looks promising for the future.

Android is set to be coming to a screen near you, any screen.

Android Wear was officially released. Android Wear continues the Android experience onto your wrist and into a smaller form factor. It pairs with any smartphone running 4.3 or higher, and can receive and show notifications from your Android apps.

Applications can also show content on the Wear device. Google Now cards are a great example, showing you information as and when it becomes relevant.

Much like the Recent Apps screen on phones and tablets, content can be navigated by swiping up or down, and dismissed by swiping left or right. Android Wear also takes advantage of Google voice search and allows you to perform searches or issue commands.

Both devices have a similar form factor and comparable specifications. They run on a 1.2GHz CPU, have 4GB of storage, and sport 512MB of RAM.

Motorola will also be releasing a Wear device later in this year, the Moto 360, which will be the first smartwatch to feature a circular watch face.

Android Wear seems to be a solid platform, or an extension to Android, and will drastically reduce the number of times you need to take your phone out of your pocket.

Android Auto will bring some of Google's best features to your car. It strips down the Android experience and takes the most relevant aspects to driving, optimizing them for a dashboard user experience.

Google Voice Search is an important part of this experience. It can be initiated from the push of a button located near the steering wheel, allowing for commands to be issued hands-free. This should create a more familiar, intelligent, and safer drive.

Android TV did another lap of the track this year with a host of improvements. Android TV will now be treated like any other Android screen with a tailored user interface. It uses the same APIs as your phone and tablet, making it easy to interact with. A single APK should be able to run across devices, including compatible television sets.

It will also include Google Voice Search, which lends itself well to sitting back on the sofa. Google TV will come with full Chromecast support.

Gaming is also getting a big push for Android TV, with many games already announced as being compatible on launch and the ability for multiplayer games to be played across devices.

Android TV is available for manufactures to embed into their television sets and also as set-top boxes. Google Play will be opening its doors to Android TV in the fall.

Chromecast continued to add new features. You can now use Chromecast when the casting and receiving devices are not on the same Wi-Fi network. The content will be sent via the cloud and a pin authentication system will be used for security.

You will soon be able to cast the entire screen of your Android device, enabling you to show anything, regardless of the app you're running. This will initially be limited to a selection of devices.

Android continues its move into every part of your life and the workplace is no exception. Android devices will soon be able to isolate personal and work data, allowing for the same device to be used for both purposes. Enterprises will also be able to bulk deploy apps with a certified Android for Work program coming in the fall.

Google Apps has not been left out either. Google Docs will now natively be able to edit Office documents. There is also a new Google Drive for work service being launched. It improves management, encryption, reporting, and auditing. It will come with unlimited storage and will cost $10 per user per month.

Google also announced Cloud Save, which will allow for data to be saved to the cloud with just a few lines of code from within your Android application, no backend setup required. Data stored in Cloud Save can be retrieved at any point on any device, or it can be used by another service, such as Google BigQuery.

With the trending of health and fitness, technology and apps, it was no surprise to hear that Google had something in store related to fitness.

The new Google Fit platform will allow developers to track fitness data, synchronize it across devices, and store it in a central location. A few major brands, such as Nike and Adidas, have already confirmed that they'll be using the service.

This year really left me with a lot to take in. The future of Android and Google looks bright and the rest of the year will be busy. I'm very excited about Polymer. The idea of easily having themes running through web sites and mobile apps is very appealing and reusable components are the icing on the cake.

With all that was announced, I did notice the omission of anything relating to a smart home and Google Glass. It is odd that Google made no mention of last year's biggest announcement. 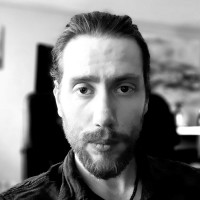