Last but not least, the third day of FITC San Francisco was marked by great speakers like Grant Skinner, Lee Brimelow and Yugo Nakamura.

In this diary I'll try and get you up to date on what's going on in some of the more interesting projects involving the Flash platform and even some insight into other technologies that might change the way we do our business.

This presentation was all about experimentation, discoveries through errors and combining Flash with different inputs like sounds and accelerometers on mobile devices. Creative use of these new inputs and technologies is what it seems could be the new frontier for creative Flash development.

While experiments can keep things fresh and keep you up to date it's important to keep in mind the possible commercial applications for them and maybe even more important to share those experiments since you never know what use potential clients might see in them. Also, since you never know where this kind of work could end up, you should try to keep your experiments organized. Even though the nature of experimentation itself usually goes against this, it's good to have some plan of action so not to stray too far away from what you're passionate about creating and at the same time keep things organized and useful for future projects. 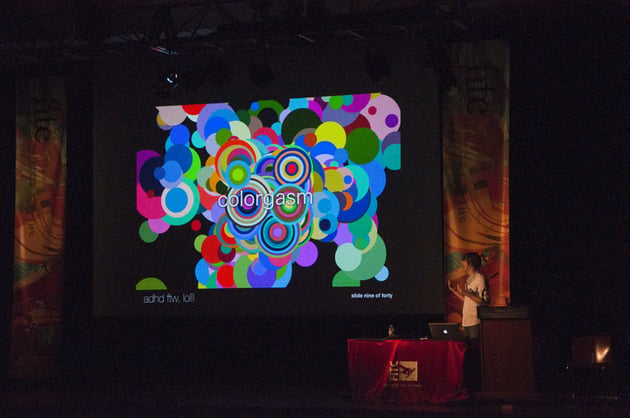 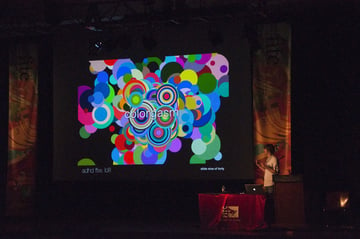 One such example of a great but basic tool Grant mentioned was Perfectr, an AIR application whose purpose is to overlay an image of the design over a CSS styled site and compare the differences between the two (a great way for a developer to check if his coding fits the design perfectly). He hasn't released it to the public, but it's an example of the kind of a great tool one can build on a journey of experimentation.

What Can You Do with Unity 3D
Bartek Drozdz

I'm sure everyone working with or trying to get into realtime 3D development for the web and desktop has heard of Unity3D. It's a multi platform development tool that excels at ease of use and gives you a lot of bang for you buck, especially if you're ok with using the basic and free version of the software. This presentation was all about how easy it is to get into developing environments and interactions with Unity3D. Especially interesting was the fact that the coding for the interactivity within Unity3D applications can be done with C# which is quite easy to catch up with for an experienced AS3 programmer.

For its price tag( free) and range of tools for modeling and texturing objects, the software of choice to create environments for Unity3D is Blender. The FPS (First Person Shooter) game that Bartek presented, and created from scratch as a learning project however, was modeled in Cinema4D.

Personally, I love to learn new technologies that will help me express myself better and provide better value for my clients, as well as help them reach wider audiences, but the roles of these two in the future of web are different and both bring something unique to the table. Lee has made it his mission for this session to present the rational arguments behind the debate and bring some sense into this issue.

The main disruption in the web community was caused by Apple's reasoning behind not including Flash into its iOS devices. The argument that HTML5 is as capable of delivering rich media as Flash is just false. The current state of HTML5 is far from being capable of delivering standardized rich interactive experiences and even the demos presented to discredit this claims do little to prove that point. Obviously, the Flash/iOS situation has since changed, but the discussion still rages on.

Having said that you should by no means ignore HTML5, it's an awesome advance in HTML web standard and will allow us to do a lot of things that developers have been using Flash and other technologies to do.

One of the major points of Lee's presentation was that you should try to educate your clients on the HTML5 and Flash debate to avoid issues and difficulties that may arise out of not understanding the complexity of the issue.

Lee also focused on the fact that you should really start developing sites specially for mobile browsers. Sure you can view any HTML page on smart phones and zoom in but it's far more user friendly to have websites redirect to mobile version of the site with UI elements designed for easier browsing on smaller displays. 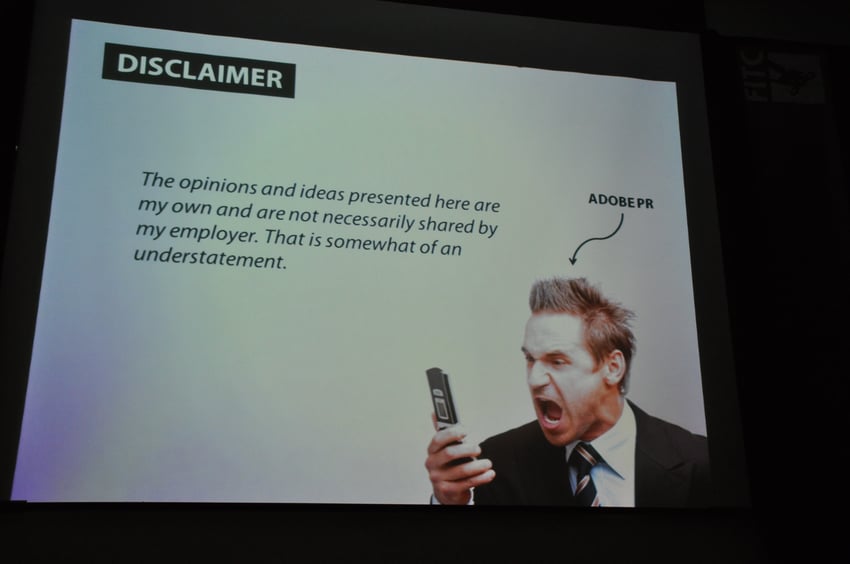 Uses of Flash on mobile:

You Talkin' to Me?
Didier Brun

Didier is a Flash programmer and has been working on projects like Mouse Gesture, Liquid Components, and recently Voice Gesture which this presentation was all about. It's a library that takes advantage of the new ability to access microphone data with 10.1 Flash player. It recognizes voice patterns and tries to match them with a prerecorded sound data. The project is still in development but the results are quite impressive. While it currently only works well if the voice is recorded by the same person using the Voice Gesture to find a match, the success rate is over 95%.

The library is not yet available to the public but should be soon. Check out this video demonstration of the library in action.