Flash Player 10.2 for Android, and M2D for Molehill

This week will see Flash Player 10.2 released for Android phones (with a beta version available for Honeycomb tablets). Plus, Ely Greenfield has developed a GPU-accelerated 2D framework for Molehill, named M2D. Read on to find out more... 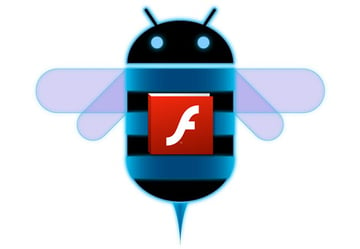 One of the main features of Flash Player 10.2 on mobile is the integration with multi-core CPUs and accelerated GPUs enabling hardware accelerated StageVideo on mobile devices running Android 3.0 and above. Additional highlights include:

Certain features are only available on Android 3.0 as that version of the operating system has an improved browser rendering model which allows such integrated features. Note to browser and OS makers: working with Adobe on improving (or even supporting) Flash Player on your platform is beneficial to all. Psst! That's a hint for you guys and gals over at Apple.

With so many new Android devices equipped with multi-core processers and "Superchip" GPUs in preproduction right now, this is a great foundation for the next wave of both smartphone and tablet devices.

When the Flash "Incubator" build was announced a few weeks ago, developers were amazed at all of the cool tech demos showing the power and flexibility of the "Molehill" APIs within the upcoming Flash Player. Adobe is focusing on the very low level APIs for this release but has provided many popular 3D frameworks with advanced access to "Molehill" to enable them to build full, easy to use frameworks upon these base APIs for developers to use.

A number of Adobe employees have continued to point out that "Molehill" is not restricted to 3D acceleration, but that the APIs can used for all sorts of 2D implementations as well. We now have a glimpse at the first GPU Accelerated 2D Framework for "Molehill" called M2D, written by Ely Greenfield of Adobe. Some of the accelerated features of this 2D framework include render embeds, animated spritesheets, positioning and rotation of objects, and accelerated particles! Apparently, we will also be able to accelerate DislplayObjects using this framework. 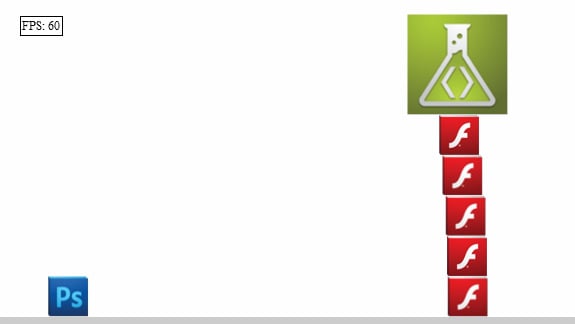 This is great news for traditional Flash game developers as they are mostly used to working in 2D space. While 3D is great to have and is hugely welcomed by the community at large, sometimes it is best to start with something a little closer to what you are familiar with. I'm sure we will see more 2D specific frameworks based upon the "Molehill" APIs emerge for general use in the coming months. There are even some examples of the Box2D physics engine accelerated through M2D (see photo above). Very exciting times!

So... should we be bracing ourselves for an onslaught of GPU-accelerated "Angry Birds" clones?

More on These Subjects:

Joseph Labrecque
Joseph Labrecque is primarily employed by the University of Denver as senior interactive software engineer specializing in the Adobe Flash Platform, where he produces innovative academic toolsets for both traditional desktop environments and emerging mobile spaces. Alongside this principal role; he often serves as adjunct faculty, communicating upon a variety of Flash Platform solutions and general web design and development subjects.
Scroll to top
Looking for something to help kick start your next project?
Envato Market has a range of items for sale to help get you started.