CodeCanyon hosts some great premium WordPress plugins and 2011 has brought some great new ones to the table. Of the several hundred plugins available on CodeCanyon in 2011, these are just a few of the most popular and highest rated ones.

The clearly named Video Gallery WordPress Plugin /w YouTube, Vimeo is a WordPress plugin for showcasing video content, whether that content is from YouTube, Vimeo or just a video file hosted elsewhere. It's a great, responsive gallery that can work fantastically an iPad to boot.

The plugin, a February addition to the CodeCanyon cataloge, is available from $15. It's already sold over 980 copies and achieved a buyer rating of four stars.

UberMenu is a popular WordPress plugin for your site's menu. The highly customizable menu theme interfaces with WordPress 3's menu management system to produce a great menu with 21 different presets.

UberMenu has sold over 3,200 copies, and holds a full five star rating. It's also been featured on CodeCanyon previously. You can grab it on CodeCanyon from $14.

RoyalSlider is a content slider for WordPress that not only boasts a great, responsive desktop experience but also a fast, CSS3-based interface for interacting through a touch-based input. RoyalSlider is a great choice for anyone looking for a cross-platform slider with the author boasting compatibility with OS X, Windows, iOS, Android (HTC Desire), BlackBerry PlayBook and even the Kindle (keyboard model).

This great public has, at the time of writing on January 1st, just two sales under 600 since it's release in late October. It already holds a full five star buyer rating.

The plugin is available on CodeCanyon from $20. 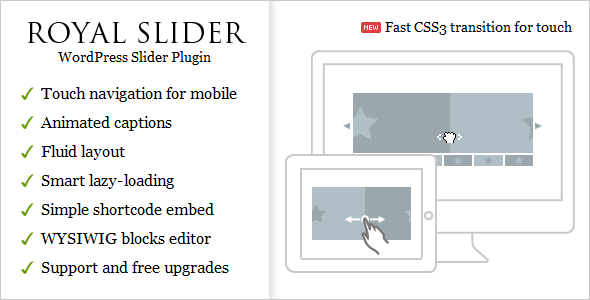 Ever wanted to have a call to action notification on your homepage promoting an important event or pushing something new? attentionGrabber is a WordPress plugin that allows you to display custom text (as well as other items, such as social buttons) in a customizable banner fixed to the top of your site.

Through a backend in your WordPress dashboard, attentionGrabber can be customized with a custom look and color scheme to better match the design of your site.

The plugin, which has a five star buyer rating, is available on CodeCanyon from $12. 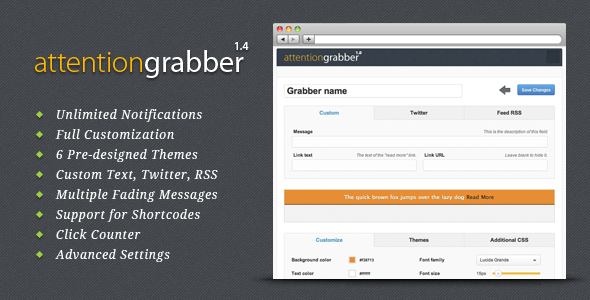 Security Ninja is a fairly unique WordPress plugin, a security practice that allows you to see an assessment of your blog's security and the level at which it currently stands. The plugin allows you to perform over twenty tests including brute-force attacks to check for vulnerabilities in your site's security. The plugin even includes some code snippets to act as quick fixes for security issues.

Security Ninja, which was released near the end of September, has already been featured on CodeCanyon and holds a five star buyer rating. It is available on CodeCanyon from just $8, a fantastic price to ensure the security of your WordPress installation.

If you're a marketplace author, you might be interested in this next WordPress plugin. November-released AuthorHQ is a WordPress plugin that introduces sales statistics and more into the WordPress dashboard. AuthorHQ also includes a lightweight support forum that allows authors to run a support website to help their buyers without having to provide endless pages of documentation.

If I were a marketplace author, trust me, i'd already have this download by now. It is a new plugin, but has still been featured on ThemeForest and already has a full five star buyer rating. It's currently available through CodeCanyon from $35. 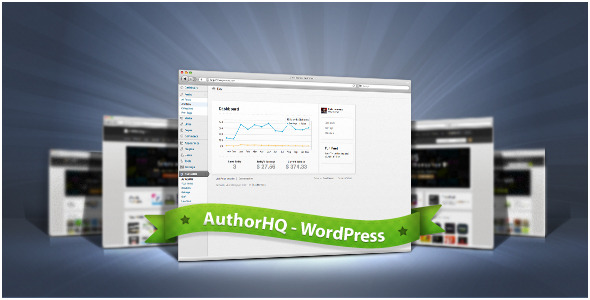 Ever wanted to show off a product on your site? Yes? Ever wanted to do so in three hundred and sixty degrees? Of course you have, and this next plugin can achieve just that. 360 Degree Viewer allows you to show 360-degree images on your WordPress site by compiling a number of angeled shots together. Not only can this be useful for products, but any type of stage-by-stage photo viewer including panoramic photos.

And it's all done through a shortcode.

The plugin, which has a five star buyer rating on CodeCanyon, is available from $10. 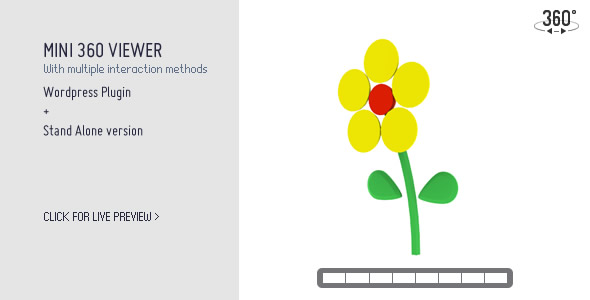 The theme has a full five star buyer rating and can be had on CodeCanyon from $18. 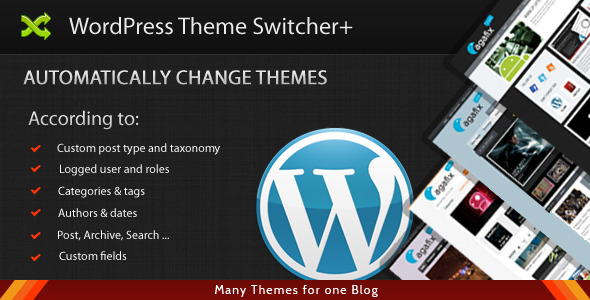 Envato Items Info is a WordPress plugin that allows you to display information about an Envato marketplace item within WordPress, advertising a specific file. The plugin will allow users to see key information like number of sales, price and buyer rating alongside a link to purchase the item.

If you're promoting your own content, or are showcasing a marketplace item and want to pull in some more information about it, the plugin should be great. It comes with both a WordPress version and a regular PHP version, so you can use the features on a non-WordPress site too.

This particular file itself is fairly new, and only has 5 sales, although it does still hold a five star rating. It is available on CodeCanyon from $8.

Twitter Trending Widget is a simple WordPress plugin which tracks the popularity of your posts based on the number of times it's URL has been posted to Twitter. This allows you to show which posts are being shared more and can act as a great way for your visitors to discover new posts.

The plugin has a five star buyer rating and is available from $7 from CodeCanyon.

Most of us don't like Interstital Ads but they can be effective and are sometimes necessary, so why not do it well? Interstital Ads is a WordPress plugin that allows your blog to host interstital ads that can be used to push ads, offer promotions and generally advertise other content.

The plugin, released in September, has received a five star buyer rating. It is available from CodeCanyon from $18.

2011 has brought some fantastic premium plugins to WordPress and hopefully 2012 will usher in some new ones.