Many of you are familiar with Cameron Moll via his successful books, Mobile Web Design, and CSS Mastery. Today, we'll be talking with him about everything ranging from rock bands to the future of the web.
-Jeffrey 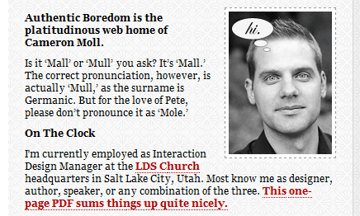 Quickly glancing at your about page on href='http://www.cameronmoll.com/about/'>CameronMoll.com, it is apparent
that family is a huge part of your life. Do you find it difficult to find a
balance between web development and time with the family?

I don't know that I bother striving too hard for balance any more. I
do my best to put my family first, and then try line up what's most
important after that. On some days, all that other stuff may take
priority over family, but hopefully only for a temporary period. I use
Netvibes to manage a lot of my little things in life, and I'm
finding that as long as it's on a list somewhere I eventually get
around to it. So I think I'm learning "balance" is a long-term goal,
not a daily or short-term one, and I'm okay with that. 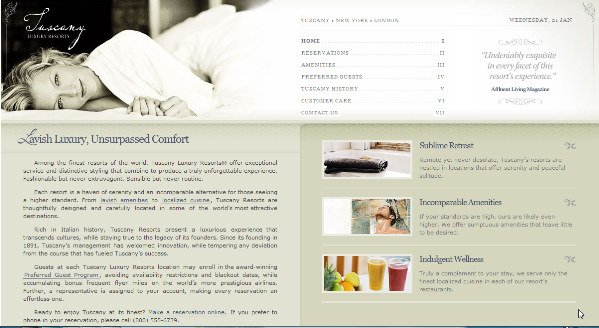 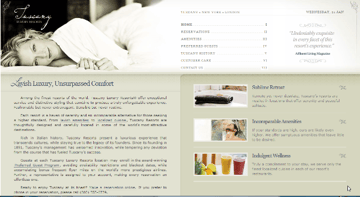 You did an interview with href='http://www.digital-web.com/articles/cameron_moll/'>DigitalWeb back
in 2005 when you stated you had no plans of writing a book. Obviously, this
has changed some. Can you tell us about your writing process? Do you enjoy
it? If so, are there any plans for a new book in 2009?

Lesson learned: never say never, I suppose. Alas, I shouldn't say
anything about my plans for writing in 2009. (Actually, I do have a
couple things in mind, but nothing concrete enough yet to share.) 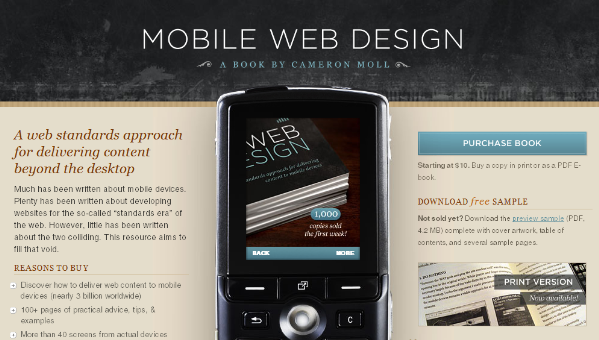 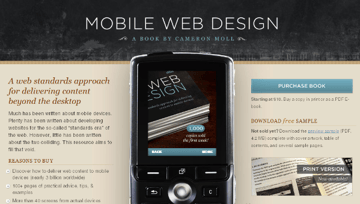 As for my writing process, I've never given a lot of thought to how I
write. This article is
perhaps the most I've written about it. I guess when it comes down to
it, writing, especially for books, is about perseverance. Anybody came
dream up an idea for a book, and with a good editor even the poorest
writer can get published. But it's the person who sticks through the
arduous 6-12 month process for writing a book who ends up getting
published. 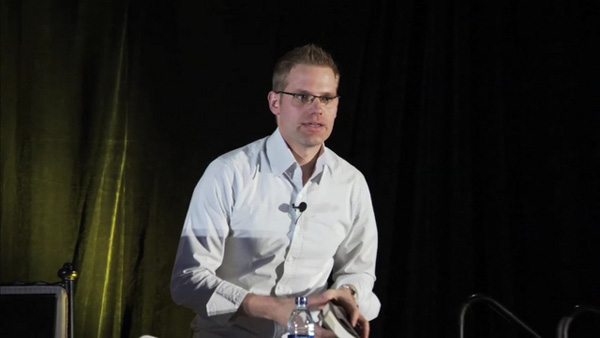 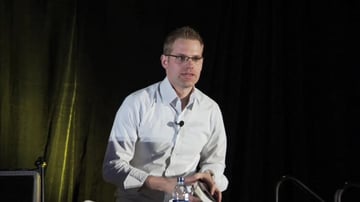 Being a drummer, are you still playing and/or involved with any bands?

I've been trying to get back into it with a set I picked up a couple
years ago and a replacement of the entire cymbal set only just a few
months ago, but I find it slow-coming. 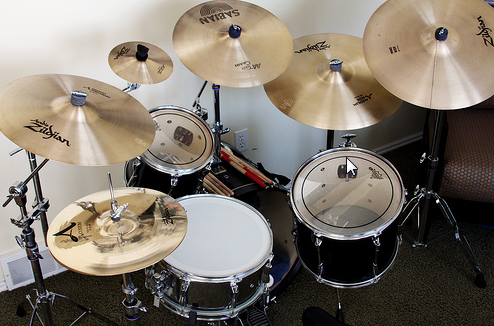 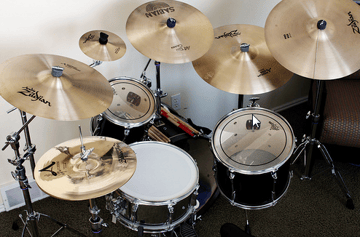 I've still got enough chops enough to make
my way around the kit okay, much like riding a bike after a 10-year
break. But I'm finding it challenging to keep rhythm and do fills.
Playing any instrument well, especially drums, is more about feeling
the music than reading it, and that's the part that'll take me a
couple more years to really get back in the groove. No bands yet.

Is there one CSS3 specific feature that you are most looking forward to?

Multiple background images in a single element please! For a few years
now I've been begging for browsers to adopt that feature immediately
in a mass-market way. Imagine how much better life would be with the
addition of that one feature alone. 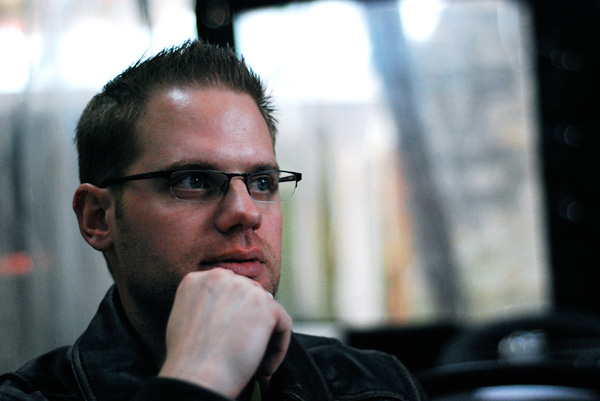 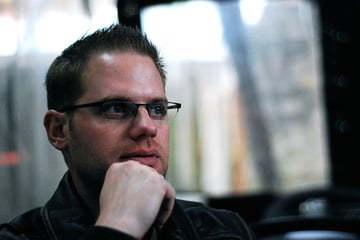 You've href='http://aneventapart.com/news/2008/06/designer-cameron-moll-on-natural-mapping'>spoken
at 'An Event Apart' before. What was the experience like, and do you have
any plans to do more in the future?

An Event Apart has always been a great experience. Jeffrey Zeldman,
Eric Meyer, and the rest of the crew really put on a great show, and
they treat their speakers really well. In fact, nearly every
conference I've spoken at I've felt like a king due to the generous
efforts by the conference organizers. And meeting great people -- the
attendees -- before and after speaking is really what the experience
is about. 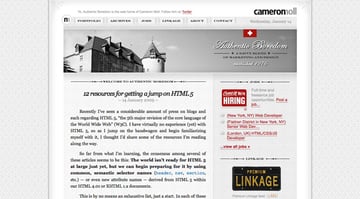 Are there coding practice you see being used by developers today that
makes you cringe?

No, not really. Sure, there are plenty of things I could nit-pick, but
as an industry we're light-years ahead of where just 5 years ago. I'm
proud to be part of that industry.

Where do you see the web design trends heading in 2009?

I have no idea, honestly. I've put out predictions for the year the
past few years, but either my ability to predict or my interest in
doing so has waned. Focus on building a great user experience this
year -- something that won't change with the years -- and come what
may in terms of trends. 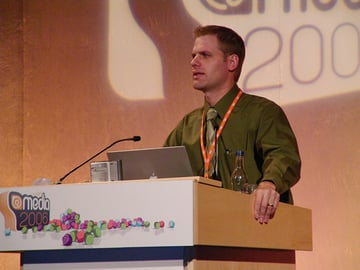 Going back to your books, in addition to href='http://www.amazon.com/exec/obidos/ASIN/1590596145/'>CSS Mastery,
you have written Mobile Web Design.
Can you tell us a bit about the differences between developing for a
computer screen vs cell phone?

Let's start with what isn't different: XHTML, CSS, and JS for mobile
websites, same as what you're used to on the desktop. Of course, that
comes with the caveat of dealing with a few dozen mobile browsers, all
of which render markup quite differently, compared to only a
half-dozen or so browsers on the desktop. IE6 might look mildly
tolerable in comparison to the variances among mobile browsers.

As for what's different, more than the obvious differences of screen
size, data entry and input mechanisms, and the like is the difference
in the approach to mobile content. It isn't enough to know what
browser they're using and what the user needs are. You need to know
what the context of the mobile experience is -- where, how, why. You
need to anticipate what data they may need in a pinch or on the go.
And with touch-screen devices becoming more and more commonplace, you
have to consider the limitations and opportunities provided by
gestural input.

I could go on, but I'd really just be repurposing what's in the book.
I'm really proud of the work that went into Mobile Web Design, and
even though the content is nearly two years old at this point, the
fundamental concepts I cover haven't changed drastically. 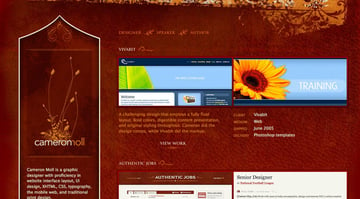 Recently, you href='http://cameronmoll.com/archives/2009/01/12_resources_for_html5/'>blogged
about HTML 5. What are some of your favorite features of HTML 5 so far?

I love the fact that we'll soon be able to write markup using more
natural, humanistic language, such as <header>, instead of the more
technical <div id="header">.

The past two years have been the years of frameworks. Do you have a
favorite library that you use for your projects or clients?

I am completely, absolutely, 100% on the fence when it comes to
frameworks. I have experience with CSS frameworks on both small scale
(freelance) and large scale (worldwide corporation) projects, and I
think the cons equal the pros. I'm not sold that frameworks are the
way to go, nor do I discourage their use. Best advice I can give is
use them if they work for your project and enable you to be more
efficient, don't use them if they harm user experience or become
markup overkill. As for JS frameworks, is there anything better than
jQuery right now?

What one tip can you provide to designers and developers who are trying
to be successful in this growing field or work?

Wow. No one's asked me to narrow that down to one point. It usually
takes me an hour to cover about 10 points in my "Good vs. Great
Design" presentation to answer that very question. I don't think I can
do it here, so I'll take the easy way out and suggest you read "How
Designers Think" by Bryan Lawson. He makes the argument that we
shouldn't expect anything less than a book to define what design is,
and I'll extend that idea to suggest we shouldn't expect anything less
than a book to answer that question. How Designers Think is probably
the best book I've read on becoming a successful designer. It has very
little to do with the mechanics and tactics of design, but everything
to do with the thinking behind great design.

You are a designer, and a musician. Which came first? How do the two
coincide or inspire you and your work?

I think the ability to work with my hands came first. I've been
building stuff (and taking stuff apart) for as long as I can remember
-- woodworking, R/C aircraft, you name it. I started drumming at age
12, but I started tinkering with piano about 5 years before that (I
still play only a little piano). To me, all of those activities share
one thing in common: composing something with your hands and your
mind. So graphic design is really no different in that regard, it's
just another form of composition. 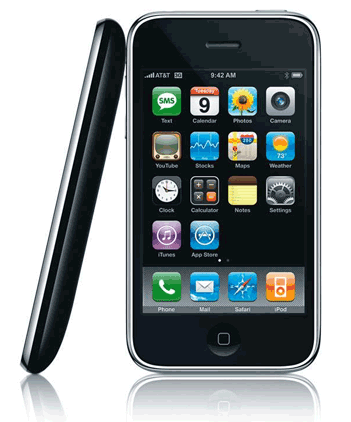 Where do you see the web and the state of web design in 5 years?

Mobile will play a far greater role than it is today, which I think
says a lot because it's already playing a pretty important role.

Any secret web dev tricks that you're willing to share? :)

No :) I use very little trickery.

What are your plans for the future?

Probably to keep doing the same thing I've been doing for years, and
that's striving to become the most well-rounded designer I can be with
as much attention to detail as practically possible.

Shameless plugs? Anything you'd like to promote to 1 million monthly
readers?

Thanks for having me contribute. You've got a great collection of
sites, and I'm certain your readers are top-notch. Here's to a great
year in 2009!

InterviewsWeb Development
Did you find this post useful?
Yes No
Would you like to provide feedback (optional)?
Cancel Submit
Want a weekly email summary?
Subscribe below and we’ll send you a weekly email summary of all new Code tutorials. Never miss out on learning about the next big thing.
Sign up

Drew Douglass
Hi, I'm Drew and I am a freelance developer and designer. I love all things having to do with PHP, MySQL, CSS, or jQuery. You can find my weekly articles on the ThemeForest blog and at Dev-Tips.com. Feel free to follow me if you're a fellow twitter addict.
Looking for something to help kick start your next project?
Envato Market has a range of items for sale to help get you started.